72ipm at 18000rpm and 50% stepover grants a chipload of 0,002" (assuming 2 flutes?), doable but not quite the safe starting point I would use on a 1/16" endmill in hardwood (and definitely not with a downcut)
I would halve that feedrate (to get a 0.001" chipload) and see how it goes.
Stepdown is 50% of diameter, that’s my goto value (but since this is a small downcut, you may want to reduce it further initially, and push it back up if all goes well).
Experimentation is king, but it’s better if you don’t break the endmill on the first try

I tried and it didn’t feel like the but was stressed, but the cut looked horrible. I tried several times and finally got the edges to look pretty good, still not perfect.

The laces disappear about the last pass…

What feeds and speed did you end up using ?

Sure, 0.002" is doable, I thought you were going to cut hardwood (which I understood as hard wood, not the wood seed type thing), so in plywood there is scope to be plenty more aggressive than 0.001".
I would still take the Amana tables with a grain of salt, they tend to be tuned for larger, more rigid machines.

For thin plywood like that I like to use a compression endmill, to get clean top and bottom edges simultaneously.

That sort of chipout and flaking is pretty common on those hardwood plywoods.

I have a load of that stuff that I’ve used for cheap prototyping before moving over to a baltic birch ply or real wood and the finish is completely inconsistent. I regularly hit voids in the ply which result in delamination and big chunks coming out, like on the left of that football.

If you really want to cut features in this wood, when you hear a void (nasty rattly buzzing generally), pause the machine and fill the void with superglue, then hit it with an accellerant to solidify the weak area, that will let you carry on.

I’d move over to a nice baltic birch ply if you want to use ply, it will save you a lot of time fighting the materials.

Okay after all that my cuts today are terrible! Carbide create changes my step over rate for every bit to .118 and won’t save if I change it. My cuts looks terrible today…

Carbide create changes my step over rate for every bit to .118 and won’t save if I change it

What version are you using ?
I remember similar issues being reported but I thought this had been fixed. Does it stick if you save, close CC and reopen the project ?

Sorry to hear that. If you can share a pic of the cut along with all associated cutting parameters you used, hopefully we can figure out what happens (sometimes, it’s just the stock that does not lend itself well to milling, but most often a careful CAM approach with roughing then finishing allows one to get decent results)

I have seen the exact same bug, and it was reported to Carbide 3D. However my experience is a little more specific, please check the following to see if it is the same for you.

If I am doing a pocket operation (something that uses stepover), I DON’T see the “stepover” bug. My edited value is saved to three decimal places (inches). So if I enter 0.0125, save that change then look at it again the value becomes 0.013.

If I am doing the exact same thing on a Contour Toolpath (something that does not use stepover), I DO see the bug. Clicking the Edit button on this dialog… 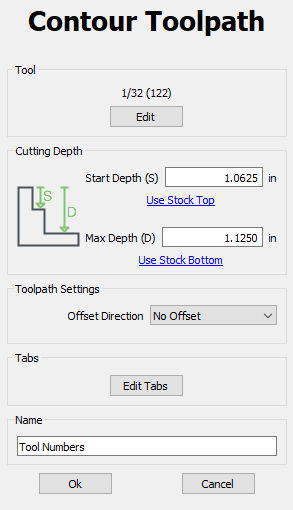 Then if I enter 0.0125 for the stepover, click the OK button on that dialog… 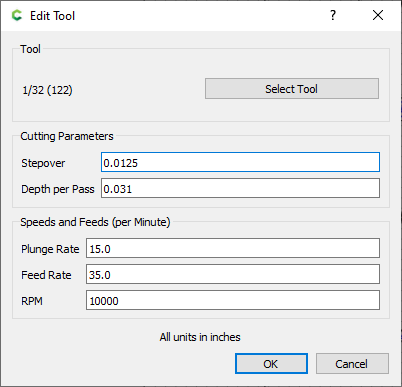 The “Edit Tool” dialog closes, but if I mmediately click the edit button again to reopen that dialog. It makes you think it worked… 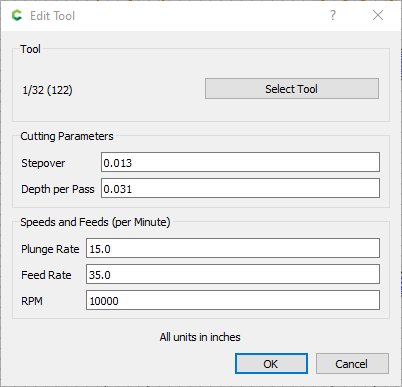 … however if you close the “Contour Toolpath” dialog, then open it again, then look at the “Edit Tool” dialog the odd “0.118” value shows up in the Stepover. For me it is always this 0.118 value. 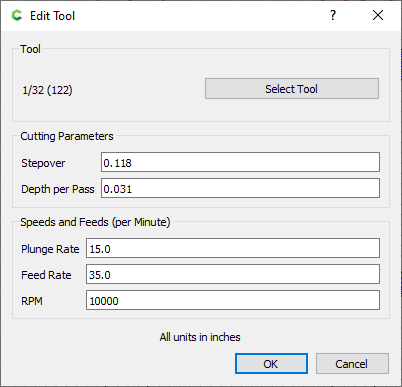 … When the bug was initially reported I remember thinking “why even show us a stepover value on a contour toolpath”, and I’m guessing the code it probably following that same logic. So while it is a “bug” I don’t think it is a destructive bug, just a visual bug (my opinion). 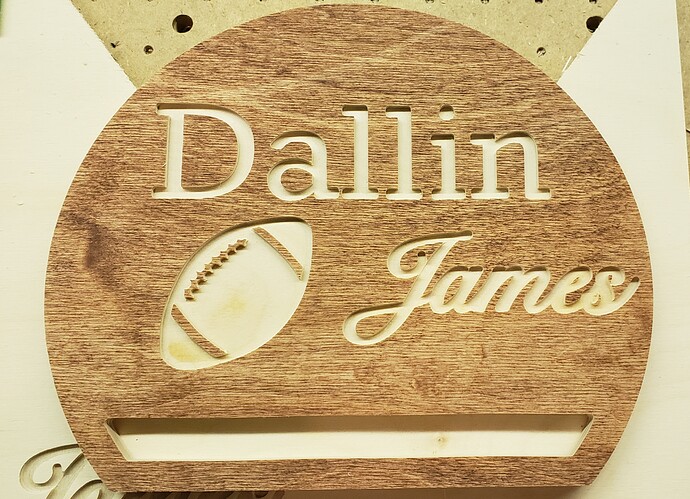 Please post both the .c2d file and the working G-Code, and the non-working G-Code — we should be able to identify the differences.