As title suggests I am making a go at a 3D carve and needs suggestions for optimal load for the 201. Does this differ from the optimal load you would use for a 2D adaptive?

Tell us more about your project and I think folks will be able to contribute reasonable values they have used successfully in similar situations?

Sorry. Yeah…I should have provided much more detail. We are talking pine on a 3XL with the compact router. I am going to be using the .04" DOC suggested in CC with the 90IPM 3D feed rate from CC. 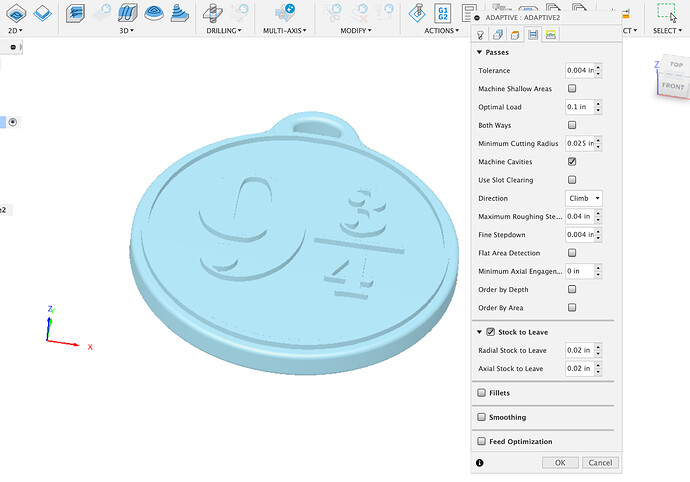 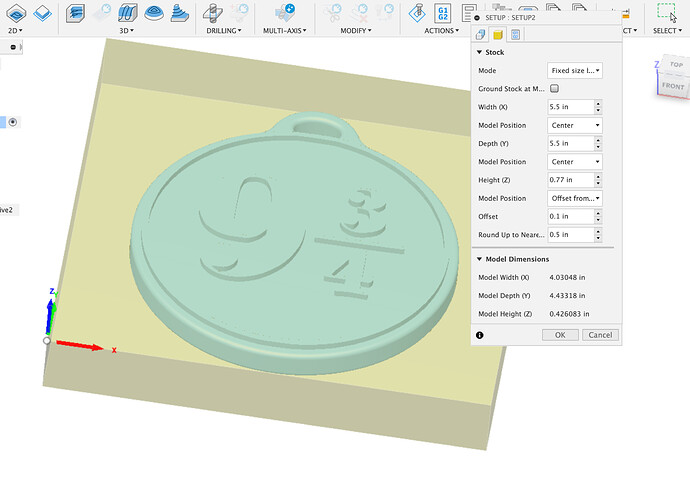 So to clarify, “3D” adaptive roughing is really 2.5D roughing, the toolpath will basically run a succession of 2D adaptive clearing in various areas, at different depths (and limited to the max stepdown) 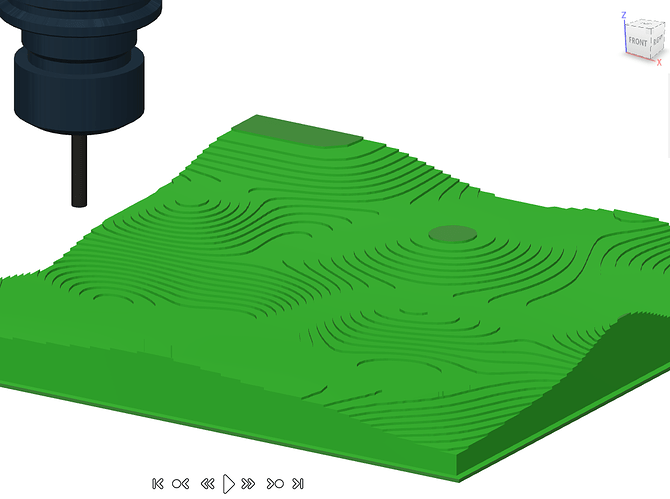 so basically the feeds and speeds for that would be essentially the same as those you would use for a 2D adaptive clearing of the same depth as the max stepdown.

“3D feedrate” is more meaningful in the finishing pass, where the tool moves in 3D along the curves of the piece.

In pine I think it’s not going to be a matter of what the machine can do, but rather the amount of tearout you can tolerate before the finishing pass. A 2-flute downcut maybe be a better choice than a #201 to mitigate that.

Let us know how it turns out!

“3D feedrate” is more meaningful in the finishing pass, where the tool moves in 3D along the curves of the piece.

Makes sense as to why that would be quite a bit faster in CC. You are not removing a lot of material.

Absolutely. One can run crazy high feedrates in 3D finishing passes, depending on the size of the steps left by roughing.

A 2-flute downcut maybe be a better choice than a #201 to mitigate that.

I arbitrarily chose the 201. My go to is usually the 251. Will switch to that though this is just a dipping my toes cut and not one that I am particularly concerned with quality on. But success, on the first try, is a good thing.

We are definitely in the safe range here even with the 251…Adaptive toolpaths are interesting to watch.