I had a buddy reach out a few weeks before Winston’s video asking about a branding iron. Which turned out to be perfect timing for me, so I ordered some round stock from mcmaster, and cut it (by hand, it stucks). Then surfaced the faces and went to town. Super simple process in carbide create. I think the main thing that threw me was remembering to flip the logo in carbide create.
I think I used a 1/8in endmill, 1/16 in endmill and maybe a 1/32 endmill for this? I can’t recall. But again, process was super easy in carbide create. 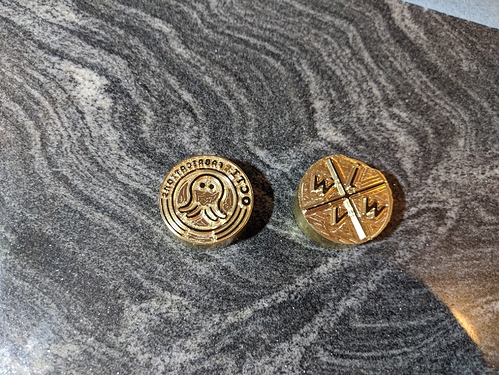 Setup could have been better. I pocked a hole in mdf and then used superglue and blue tape in the hole: 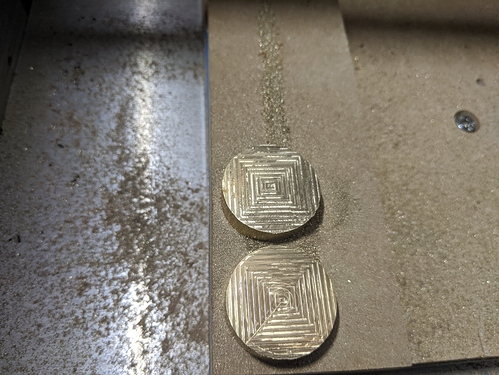 I also had a wax stamp thing that I wanted to do for me. I think I picked up a kit with a blank stamp for maybe 10 bucks on amazon? This was like a year ago, so who even really knows. 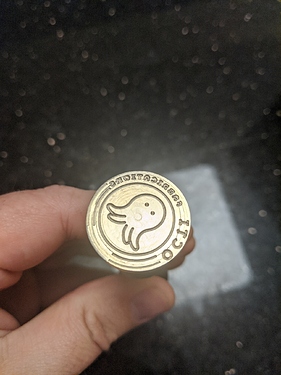 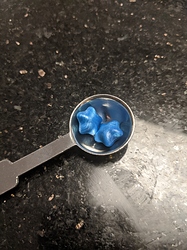 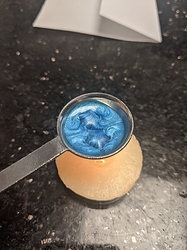 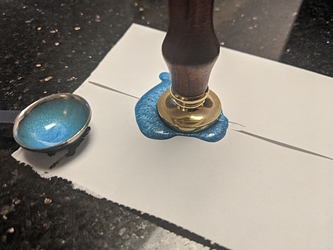 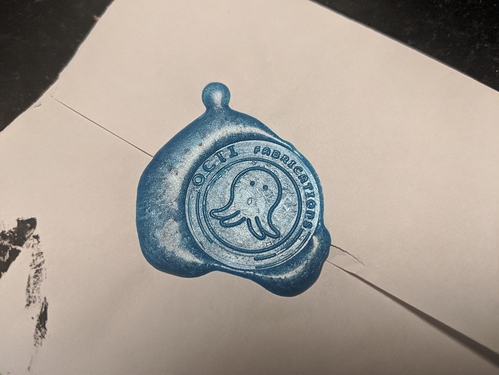 I think I might make a few more wax stamps since they are super neat. Wanting to do different outline shapes, like maybe a heart or something. Will post results if I do more.

I recall seeing the octopus logo before on the forum. Nice work. Did you use the stock feeds and speeds to do the machining on the brass.

I used the nomad and used aluminium and went at 80%. Also think I took maybe 10-20% off depth per pass.
I made one of these in aluminium as a test a long time ago.