When I rotate an object, it only accepts positive values. Negative values should do Obvious Thing ™ (rotate the other direction), rather than being ignored and reset to zero.

Workaround is enter (360 - {wanted value}), but the computer should handle that for me.

Negative rotation works fine for me in version 726. I haven’t gotten around to installing v729.

Works on CC 729, which was moved to stable

Which O.S. are you using?

Entered into our bug tracking as a regression.

I’m using macOC Monterey 12.5.1 if the question was directed to me.

Please try this again on the latest beta builds. I cannot duplicate the problem.

Just tried 735. It replaces the negative value with 0.0

What operating system are you on?

I think we found it. There was a bug in our code and/or the mac compiler and/or the windows compiler.

It’s in the latest beta at Carbide Create Beta Downloads 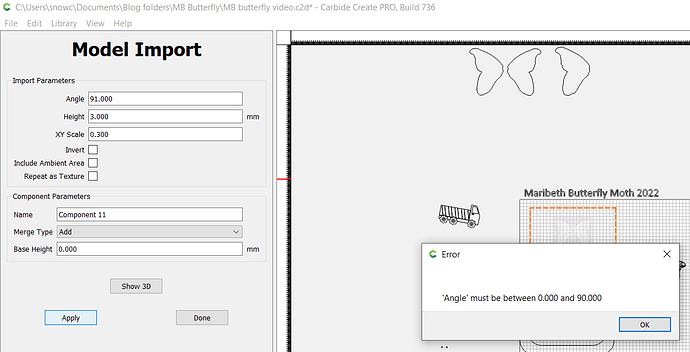 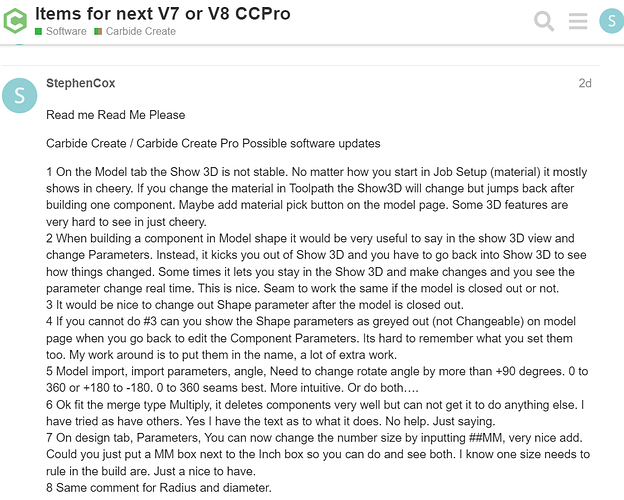 Loaded it correctly this time.