Any wise words on building a torsion box? / XXL BuildLog

Dang that thing is cool! Spent 4 hours tonight starting on mine. Not near as fancy. 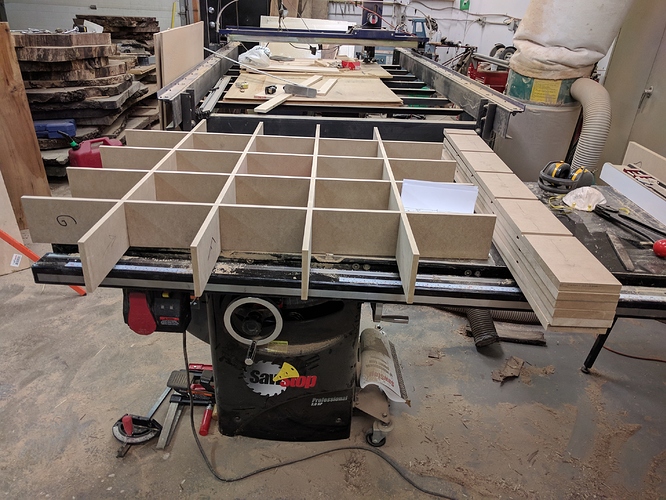 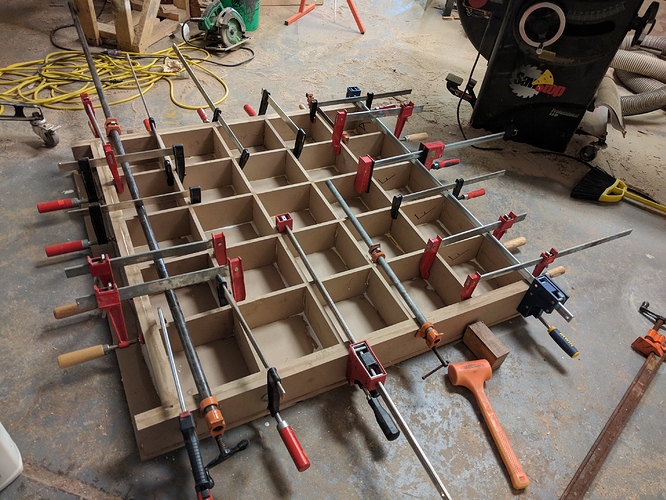 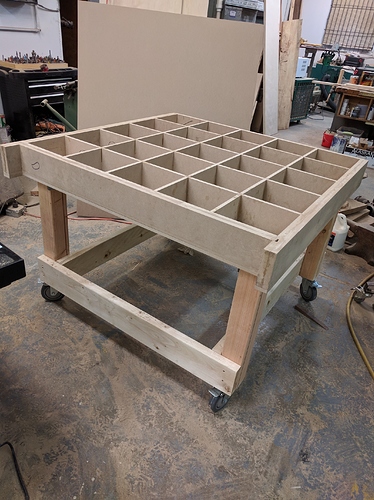 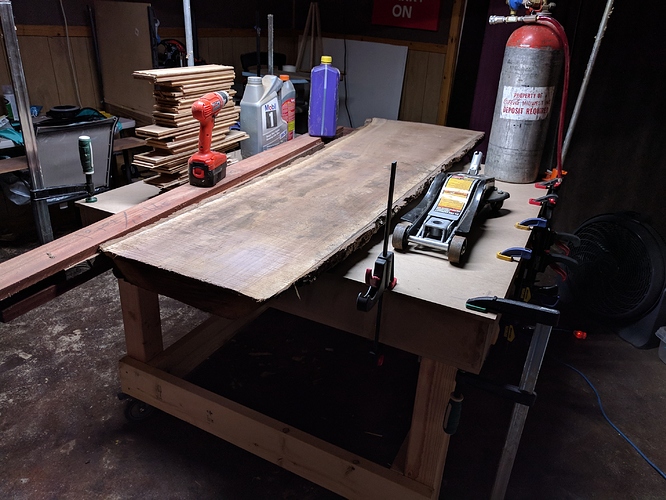 I’ve been following this thread and I’ve gotta say I have some serious clamp envy!

Ha! I did all the cutting at a maker space in town. Used almost all their clamps. Check out tool auctions, sometimes you find clamps for cheap.

I don’t have that many at home so had to improvise. That walnut slab is quite wet and HEAVY.

I suspect I AM the makerspace out here where I live, haha! I moved a few miles outside the city before summer of this year. I’ve had quite a few of my new neighbors come over to chat, all the while looking past me and into my garage to see what the heck I’ve got going on out there. I bought the house 3 months before we actually moved in and spent the first couple of those months just getting the garage ready for liftoff. Anyways, what you’re doing looks really nice, I’m almost wanting to rebuild my bench now, very cool stuff! 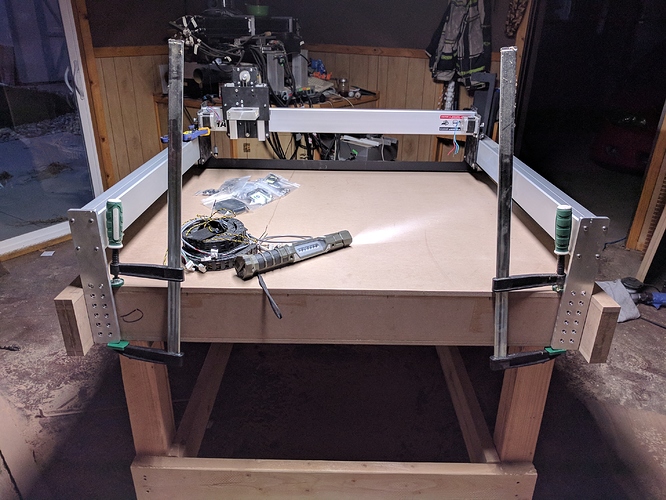 Getting there. It will be interesting to see if this works like in my head.

Meanwhile, a moment of silence 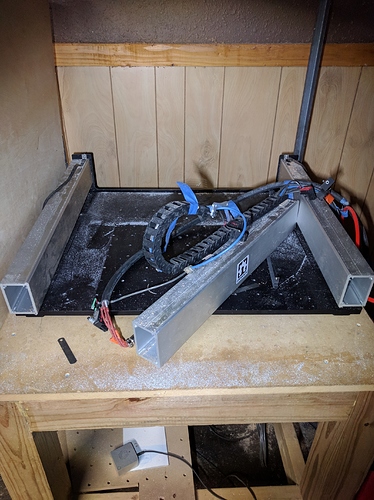 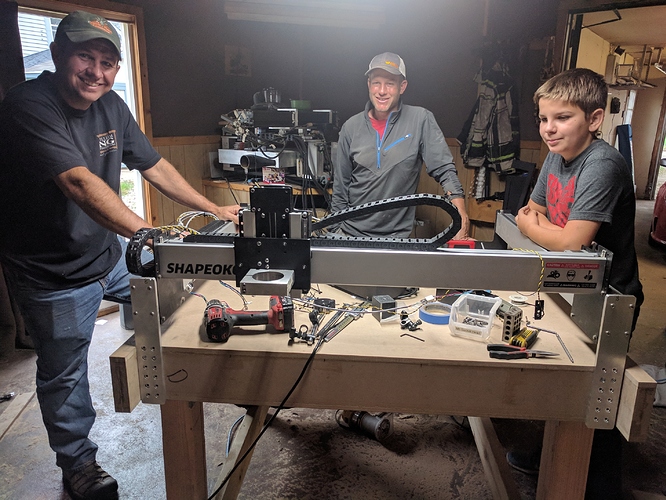 Sometimes I can be a little oblivious to the obvious, but I hadn’t noticed before that your torsion box is in fact the bed of your machine. That’s really slick and solves the issue I have where I’ve put so much waste board on my machine that I’ve lost some Z-axis, especially when using longer bits. So where does it go from here? Supplementary waste board on top, T-track, inserts? Very nice work, now I’m even considering a bench rebuild even more.

I like your front mounting design. You mill those yourself? Keeps your ability to do end work on the shorter boards. What type of clamp are you going to build for that?

I did http://a360.co/2wLqyJO Freely downloadable. Though you should look at the top attachment part for the belt clipping. The new design does not have the two holes. You could do a single hole for the new clip design. 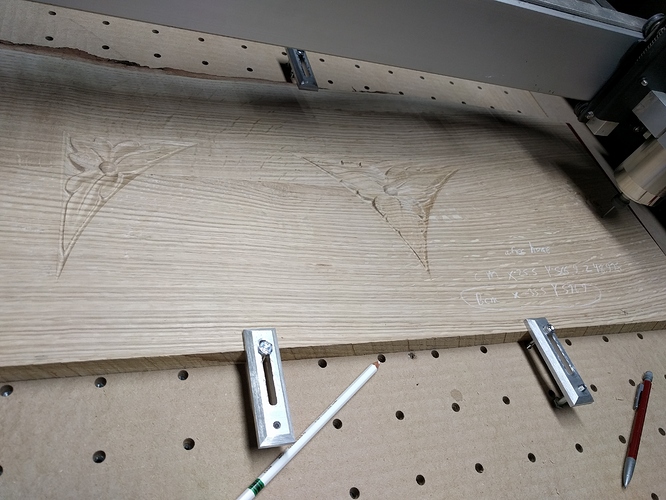 So I settled on a 6mm threaded insert design, with the tnuts upside down and a 1/2" backer screwed down. 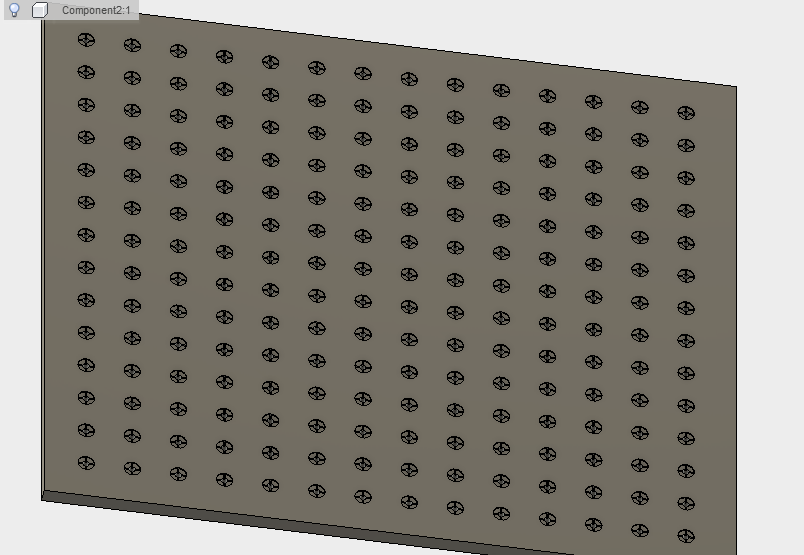 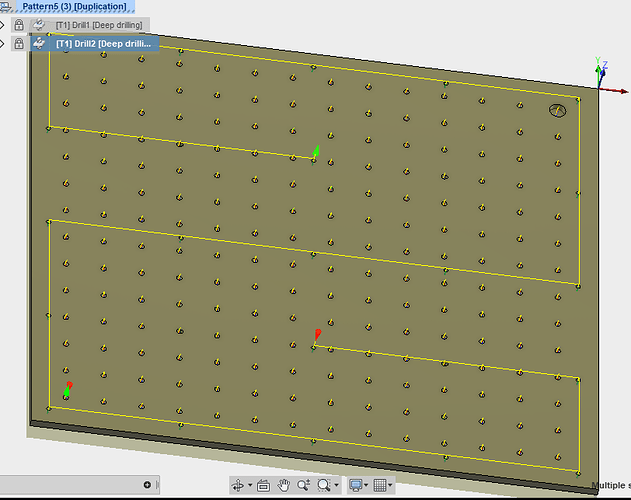