I have a new Shapoko Pro, just finished setting it up and went to initialize it. It home’s and goes to the install bit position. I hit the okay, and it is supposed to go to the bitsetter. It moves to this position and moves down about 1/2 inch and then fails. I have looked and the red light is on. I have checked the wiring behind the endplate and at the control board. Everything seems fine. When I go into the software (Carbide Motion), I see PROBE, One of the other posts says this indicates that the bitsetter is reading and stuck in the on position. Does anyone have any ideas on how to fix this issue?

Please write in to support@carbide3d.com and we’ll do our best to sort this out.

Thank you, will reach out to them.

You say the red light is ON? The red light should not be on until you (or the cutter) lower the button. I’d double check your plug position. (did you install it reversed??)

Is the button stuck in the down position??

I checked the wiring several times, and just noticed that my bitsetter is stuck in the down position. I do not see a way to get it to release itself and allow it to come back up.

Three screws…(remove the cover)…and a few drops of oil…Yes I know it’s new…and it should work…but there is nothing inside to be afraid of…(Yes I know loctite was used to install the screws). Come on, make us proud that you fixed it…I won’t tell anyone you opened it… 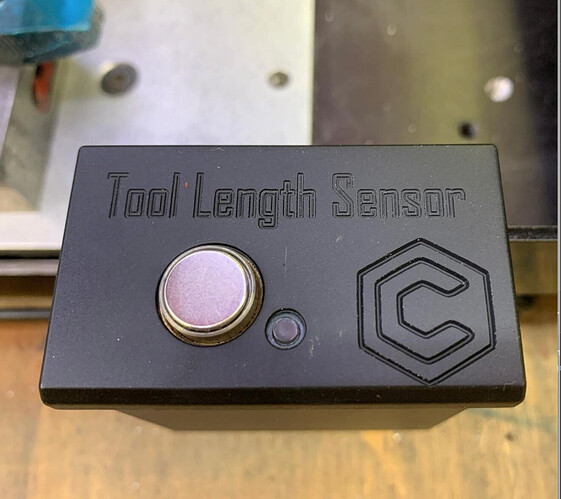 There is always: Newton’s first law of motion - sometimes referred to as the law of inertia. An object at rest stays at rest and an object in motion stays in motion with the same speed and in the same direction unless acted upon by an unbalanced force.

Add a few drops of oil, turn it over and wack it on a piece of wood (the body, not the button)…shhhhh

If you are not comfortable with opening it try giving a few taps with a plastic handled screw driver. If you get it unstuck press it in a few times to see if it is fixed.

I got it unstuck about 10:30 last night, but the red light is still on, so today I am going to switch the connector around to rule that out. My thought is if that does not work then its a bad sensor.