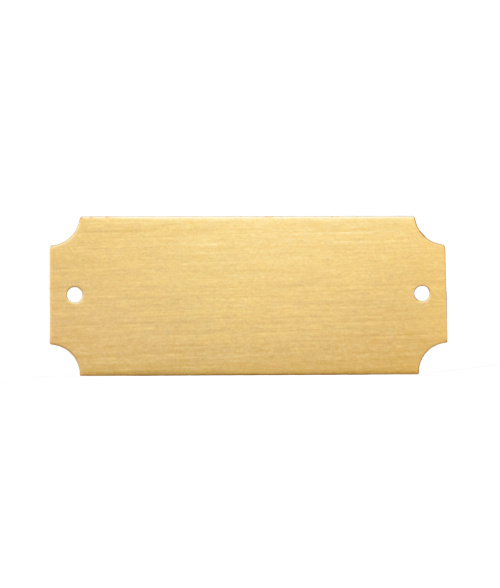 image.jpg500×588 26.3 KB
What is the best process for engraving something like this?
I know a laser is probably best but i dont have one.
Diamond engrave? Vcarve? looking for suggestions
WillAdams (William Adams (Carbide 3D)) October 26, 2019, 12:27pm #2

Diamond-drag engraving would work well — V carving might work well so long as the cutting depth doesn’t exceed the thickness of the plate.

While granite, the same principle would apply:

Engraving a picture in granite? Shapeoko

I’ve been wanting to try this for a while and came into some time over the holiday to experiment. I played around with different cross-hatch densities to come up with a gray-scale. Then took a high-contrast picture, converted it into gray-scale using 5 or 6 shades and converted those areas into engraving tool paths in v-carve for a diamond drag bit in black granite. Overall, it’s not spectacular, but I think it has promise. The drop off from light to dark needs to be more dramatic for the pi…

V carving is just a matter of working up feeds and speeds which will cut well and won’t break off the tip of the V endmill (DAMHIKT).

Amana Tool 51692 will cut things tougher than brass too

what bit size did you use

Actually, laser doesn’t work that great. Use a metal engraving bit, like this one: 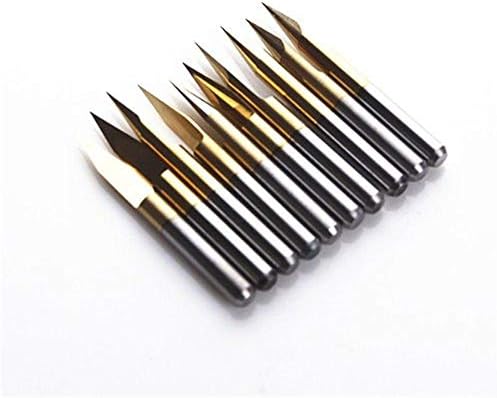 But know ahead of time that you’ll break a few until you get the speeds and feeds right.

Drag Engravers - Diamond tipped engraving tools. (Non-rotating drag engraver). This is ONLY for the diamond drag engraving bit Not the engraving machine. The standard Drag Engraver is ground to a 90 degree point and then lapped to a polish at the...

To get the results you want, you need a spring loaded bit holder. It seems that this is what you insert into the bit holder. If you use this directly in the Shapeoko, you may get inconsistencies in the depth of cut. You should use something like this instead.

on the cheap diamond drag bits just be aware of the slop between the pin part that has the engraving tip and the barrel part that holds the spring. i bought a cheapo never really got good results on small projects. the small pcb cutting bits that mikep recommended come in a variety of geometries like a 2 flute and smaller cutter angle. i have had some success with on aluminum dog tags.