Building an enclosure with concerns of heat

I just received my Shapeoko 3 XXL and I’m getting ready to build an enclosure for it. I plan on building it using MDF wood, however, I worry about the heat the enclosure will keep in. Should I be concerned about this for the 2016 Shapeoko 3 XXL?

You don’t need to be concerned about the machine, itself. But, heat causes metal to expand, so it can be a problem for precision milling and machining. 1 meter of aluminum will expand by roughly 0.5mm if heated from 75F to 100F. You’ll probably never see extremes like that, but it does pay to at least consider the problem. You don’t need to do anything fancy, though. A small fan blowing fresh air into the enclosure is usually good enough.

Another problem with heat that I’ve personally run into is when wood warps due to heat. Wood loses moisture when it heats up, which can cause it to warp rather dramatically, especially if the plank has diagonal grain in the cross section. If you’re using a weak hold-down method, such as tape or side pressure, then that warping can become a big problem, because the hold-down probably won’t be strong enough to keep the plank flat.

I’ve had a couple of parts fail on me while doing very long 3D carving passes because the wood was changing dimensions while the piece was being cut. It really sucks when a part that takes 2 hours to mill fails in the last minute because the final cleanup pass leaves a huge scar across the surface.

What about installing desktop computer fans on your enclosure. Not sure how to power them though. Might defeat the purpose of the enclosure and let out noise???

I believe you need and should be concerned about heat.

XBox fan air in (Flee Market $4) and a $5 automotive air filter for air out. Since my router is plugged into a power strip I also power the fans from that same power strip. 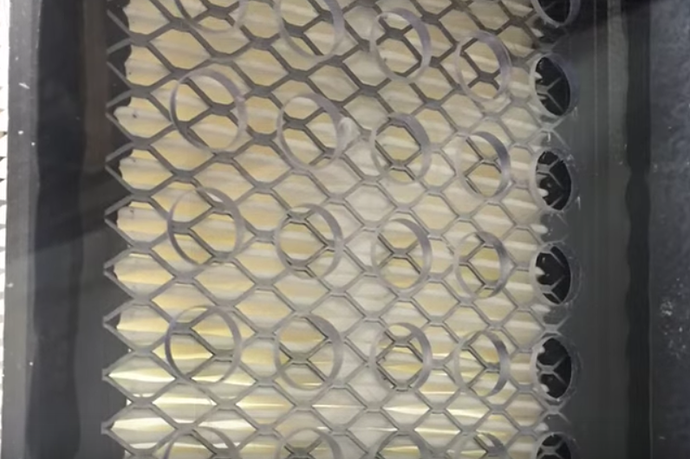 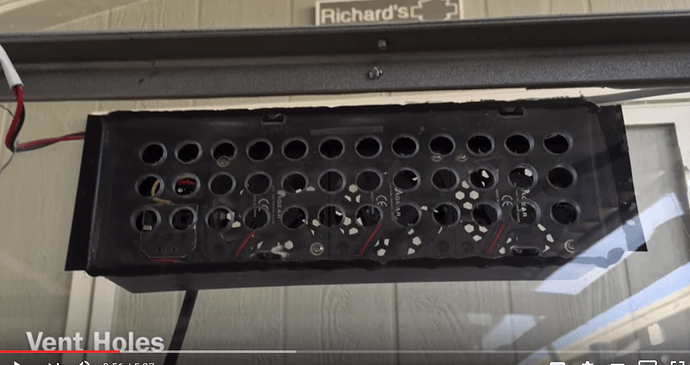