Can the SO3 do small detail like the Nomad?

Can the Shapeoko 3 do detail like the skull dice machined on the Nomad? http://carbide3d.com/projects/skull-dice/

Post a STL file you want me to try and I’ll run it on my SO3 and see how it comes out.

The big advantages of the SO3 over the Nomad are size and power. The SO3 is 10x faster and the XXL has 17x more cutting area/volume than the Nomad so you can do a lot more with it. I have both machines and I rarely even use my Nomad anymore. Its just painful to wait for the 0.07hp spindle to cut such small amounts at a time. The S03 powers through wood like butter and it does a decent job on plastics also. If you have everything set up just right both machines can mill aluminum but the SO3 can do it 10x faster.

With that said, I don’t do small intricate cuts very often either so if you want to make a lot of precise parts the Nomad will be much more accurate and repeatable with almost no setup required. The SO3 is capable of good accuracy and repeatability but it requires the user to square the machine, precisely tension the belts and calibrate each of the axes each time you retension the belts so its not as plug and play…

The most intricate thing which I’ve done thus far is a pair of calipers:

I think it would be possible on the Shapeoko 3, However it would be much easier to do on the Nomad.
How much easier is not as easy to quantify as the power difference between the two machines.

Here is the MeshCAM file and the toolpath settings used for the job, maybe someone wants to give it a go on the S3? 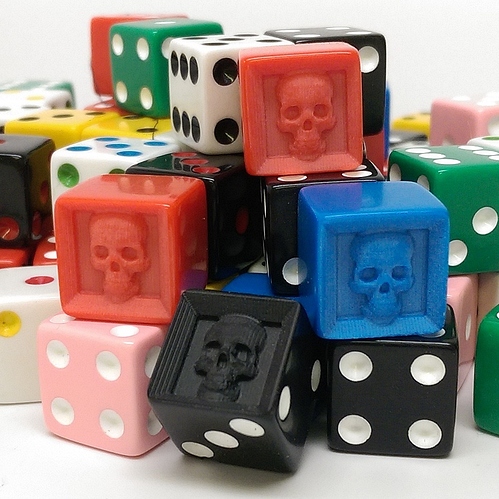 Apollo, could you save skull as a STEP or IGES files? These would be easier to him for into another CADCAM system, and then we can run the tool pack for the Shapeoko3

Hey Richard,
The only other format I can upload through the forum is an STL.

How much easier is not as easy to quantify as the power difference between the two machines.

This is true. For small pieces the Nomad is easier to use because it has the automatic tool touch-off feature which makes getting the zero for the second tool automatic. Carbide Create doesn’t allow you to do tool changes unless you break your CAM into seperate files so its significantly harder. Also, for small parts power isn’t an issue so the SO3’s higher powered spindle doesn’t have any advantage. The SO3 does however have a significant advantage since it can turn at 27,000 rpm vs 10,000 for the Nomad which allows it to work a little faster with the small bits. The Nomad probably has less runout in the spindle.

What’s the step-over on that file?

I did some cuts for some guitar bridges using a 2mm flat-end bit and a .5mm step-over. You can see the “scan lines” in the image, which sanded out with 220 grit quite easily. 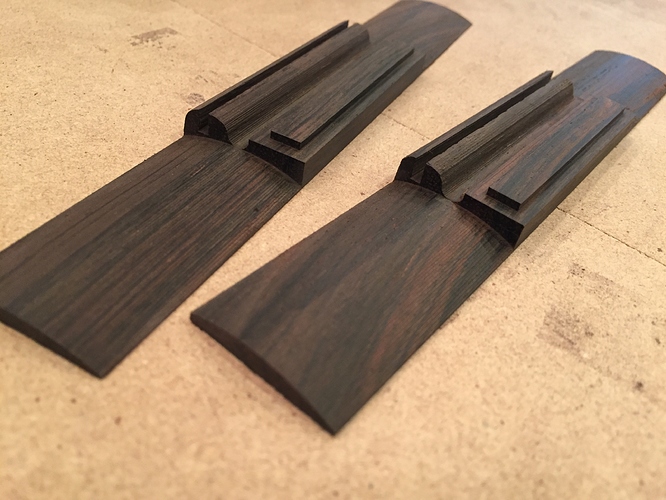 Agreed that the biggest limitation of the SO3 might be a lack of auto-zero. For that, you could add a zero mechanism, or for such a small piece, just start with the smaller bit. Otherwise, I don’t personally see any reason the SO3 couldn’t go a nice job of this project.