“I moved to Universal G-Code Sender, and never looked back”

A vote for CNCjs from me.

Once you discover the flexibility of any of the alternatives…

I’ll have to check them out - looking for tool changes with re-zeroing Z. thanks for the suggestions

which post do you use for universal gcode sender from fusion

Should be the same as for any other G-Code sender:

Arc Error Explanation: Hey guys, after a lot of research and testing, I’m happy to announce that we have a definitive answer about why arc errors are happening, and how you can fix them for good. Basically, the start and endpoints don’t line up to the last decimal, and GRBL doesn’t like that. An updated post processor has been released that ensures GRBL gets perfect arc points. See the linked video for full details. Updated post processor here: https://cam.autodesk.com/hsmposts

@rayfleck, @neilferreri has written several macros for CNCjs that are floating around the forums here, you might check them out. 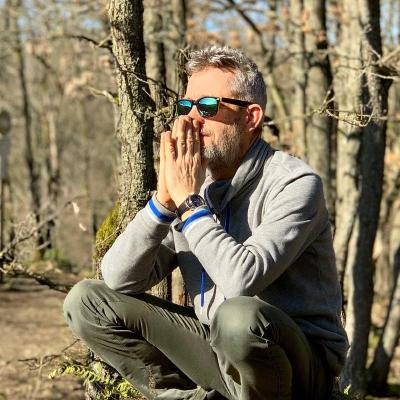 Start. Contribute to Strooom/GRBL-Post-Processor development by creating an account on GitHub.

I have used vectric aspire and fusion 360 with the carbide nomad. Both work fine. I come from using mastercam and have found that depending on what you are trying to do in the least amount of moves each software has its own strengths and limits.

Generally speaking the nomad interface is lacking in my mind. But it’s setup to be universal and avoid user errors. I like a more advanced setup that assumes you understand the pitfalls of cnc work.

Fusion 360 works well. Tool changes are there. But I often don’t do tool changes but use wcs coordinates based on the machine zero and run separate programs each time for each tool until I can string them all together if I need to run multiples of the same part. I do this so I can build each tools path and make sure I optimize that individual path.

Another Universal G-Code Sender user here. I have tried quite a few options and UGS is pretty solid, fairly simple to operate and well-known by the user community.

The only issue is figuring out which version to use, but that’s partly because I have the Sparkfun Bastardized Shapeoko which is stuck on 0.9 GRBL. I picked a version that works for me and stick with it. Using with Vcarve Professional (big $$).

Have not had good luck with Carbide’s Software in general. I keep a copies installed but pretty much never use it.

As Im getting more into designing for my S3, Im running into some points that are confusing, mostly, these different softwares.

Is there anyone who makes a pre-loaded and setup Raspberry Pi with cncjs, or Universal sender? Im creating in autocad, then fusion (I know autocad a lot better for 3d modeling) and have generating toolpaths down (I think) but getting this out into the real world, with tool changes and the required re-zero is where I hit my personal stops. So one setup to use the C3d calibration tool and has a tool library that can easily be edited without knowledge of coding would be great! Especially if I dont need a PC to use it… I can toss the surface tablet running my machine to other uses.

I tried using Universal Gcode Sender back in the day and a few others but none of them could handle my huge CNC programs. Half of them would crash, the other half would finally load and draw the toolpath at a few seconds per frame while rotating the view. This was on a decent computer too. What ended up working the best for me was grblControl, which I believe has since been renamed to Candle. It can handle huge programs without breaking a sweat, supports probing/heightmap-offsetting, jogging via keyboard, etc… It’s pretty well-rounded and all that I have ever been able to use reliably.

Changing tools and re-zeroing? Tell me about it!

I’m still waiting for one of the forum members to stick one of those fancy Kress routers with an ATC (see Stepcraft) on their shapeoko and make it work with grbl. Any day now, I’d imagine.

By the way, Grbl-Panel and slowly into CNCjs for me. I use custom macros to automagically find my edges.

I believe that’s described at one of the links at: https://wiki.shapeoko.com/index.php/Upgrade_Overview#Automatic_Tool_Changer

I suspect the supergerbil folks are thinking about it (they’ve made mention of tool change in the past.)

I moved to Universal G-Code Sender, and never looked back.

Is the transition to Universal G-Code Sender fairly simple, @Julien?

I’m beginning to lose faith in CM and looking for an alternative - but I would prefer a straightforward replacement, even if I need to get help setting it u p with my Shapeoko XXL!

UGS is simple enough to learn, like any other G-code sender for that matter. While moving to a different CAD software can take some effort, changing between G-code senders is easy because they all essentially just allow to home, zero X/Y/Z, load a file, run. The rest is optional (like using macros).
I have since moved on to CNCjs, but UGS is equivalent in features. Its UI is a bit dated but honestly that’s not what I am after in a G-code sender anyway.

I take it, then, that it’s the CAD software, like CC and Vectric VCarve, that would integrate (with the correct post-processor) things like BitRunner and BitSetter?

Could you still use a BitZero to set the X, Y and Z axes zeroes?

Right, I failed to elaborate on those specifics:

BitRunner is the easiest: there is nothing specific to do, because the BitRunner just picks up the PWM signal from the controller, that gets activated whenever there is a “M3” (start spindle) command found in the G-code file being executed, and all GRBL post-processors in existence will insert those M3 commands automatically.

BitZero requires a little more adaptation if moving away from CM. You will need to either use the built-in “Probe” modules in the other alternate G-code senders, or use a probing macro. Whenever I am not using CM and use CNCjs instead, I rely on @neilferreri’s macros to leverage the BitZero.

Leveraging the BitSetter outside of CM also involves using macros (and again, when I use CNCjs I use Neil’s macros for initial probing and tool change probing). But you lose the “integrated” workflow that CM does for you (with e.g. the tool change prompts), and you have to execute the tool length measurements macros yourself, at the right time, in the right order. At CAD software level, when using VCarve you will need to use a post-processor that supports the BitSetter, i.e. that inserts M6Txx commands in the code between toolpaths. Again, @neilferreri to the rescue.

So basically, you can leverage the BitRunner, BitSetter, and BitZero with other senders, it’s just less integrated (since those alternate G-code senders are generic, they don’t natively and specifically support C3D’s gizmos, but they can be made to use them)

To each their own: some like CM’s workflow, some like to have more workflow freedom offered by other senders (but with freedom comes more responsibility to not screw up, that’s the name of the game).

Hmm, I think it might be better for me to stick with CM then, at least for the time being. I need to be more competent and comfortable with the whole thing, before getting my hands dirty in the nitty gritty.

Thanks for your help, though