We just uploaded CC 627 to the beta page at: https://carbide3d.com/carbidecreate/beta/

Lots of new features and fixes:

We still have some policy decisions to make around how some of the C2D imports work, but we wanted to get a build done for internal testing sooner rather than later. We figured the community might want to check this build out early, even though it might be a little buggier than a typical beta release for us (there were some pretty deep changes to enable these features), so here it is.

any chance you could tell us how old “older” is for files that are no longer supported?

V3 and maybe early V4. The file format evolved somewhat more ad-hoc than we’d planned and the code was not entirely clear.

VERY excited about this release! Thanks @robgrz !

Won’t things be selected after importing? Immediately hit L and move them to the desired layer?

Just loaded up 627, and it seems the Library is unhappy.

When I open CC 627 I just get a blank screen, no menus/buttons/etc. Just the window title bar is displayed ([NewFile] - Carbide Create, Build 627): 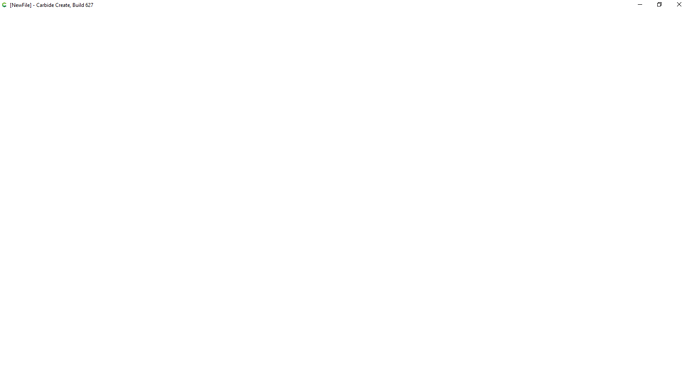 I tried CC 623 to compare, and that version does display all the controls correctly but it doesn’t show the 3D tool path simulation: 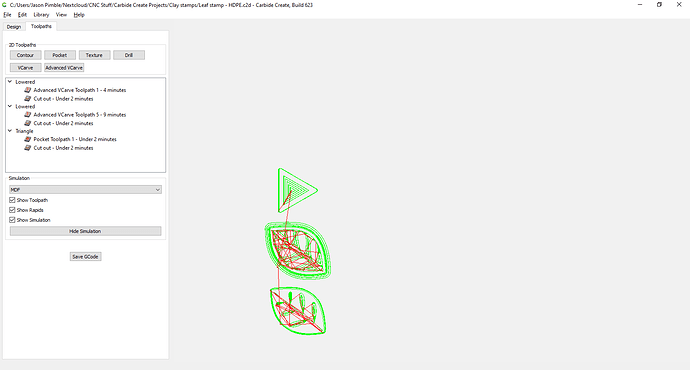 All testing was done on an old laptop I have dedicated to my Shapeoko. Details are:
Windows 10 Home - Build 19043
Intel Core i3 370M CPU
Intel HD graphics
8 GB of RAM

Could you go to the Start menu, type “msinfo” and run the System Information tool, save the output from that as a text file using your last_firstname.txt and e-mail that and the above information in to support@carbide3d.com ?