Will are you adding tolerances to these cuts?

Not yet. I need to work out how I’ll get CAM done before I introduce that.

I just have one more pair of edges to finish the rounding on: 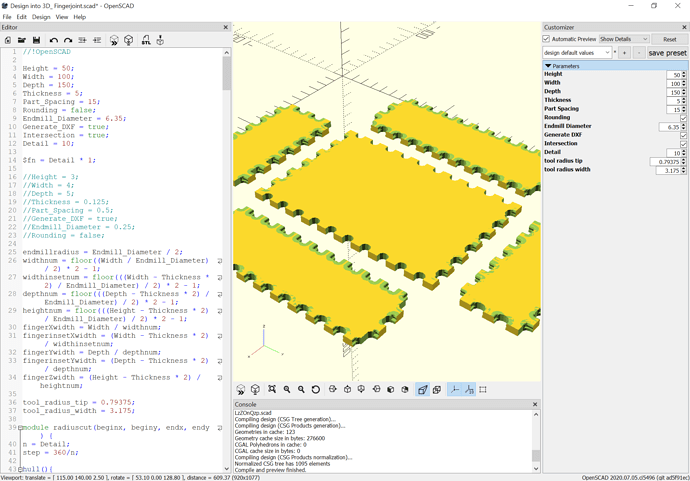 unfortunately, this bogs my machine down when I turn on rounding, so will have to look into that.

In Vcarve I use an “allowance” feature to make things fit, but it has been easy to determine whether the cut is an “inny” or an “outty”. I’m not sure how it would work with these box joints.

Okay, fixed a problem, and added the rounding along the sides of the top/bottom: 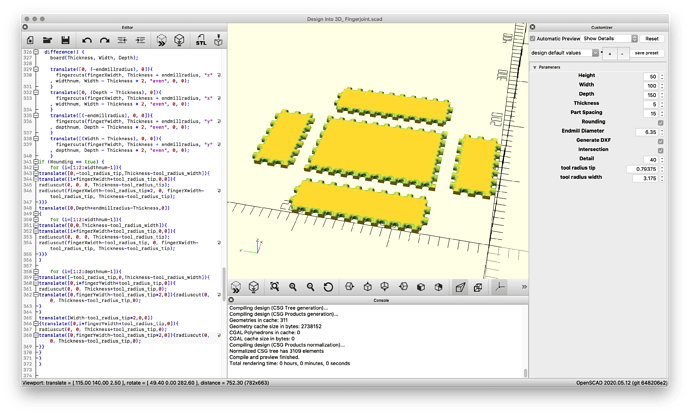 Unfortunately, performance isn’t much better on my MacBook, so sort of stuck.

The tool movement which would be needed is simply a series of lines, but OpenSCAD won’t draw those so that they can be exported to a DXF. It wouldn’t be so bad if there was just a way to write numbers out to a file (other than the JSON used for customization). 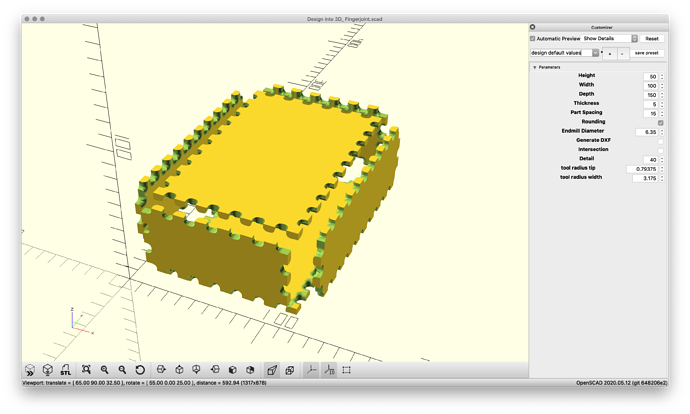 Unfortunately, there isn’t a way to use OpenSCAD to create a DXF ready for cutting with a radiused endmill such as:

Fortunately, just a straight line move is needed, so it ought to be workable to just define it as a square endmill, have it plunge and then make the cut and lift out.

We start by exporting the flat design: 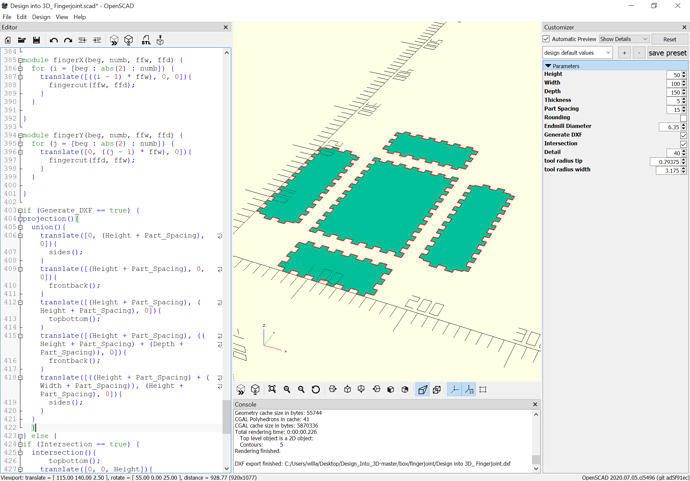 then import the DXF:

Assign thickness to match the material (5mm), then a profile cut, then we have to define the radiusing tool.

Drawing up the tool reveals a tip diameter of 1.5875mm: 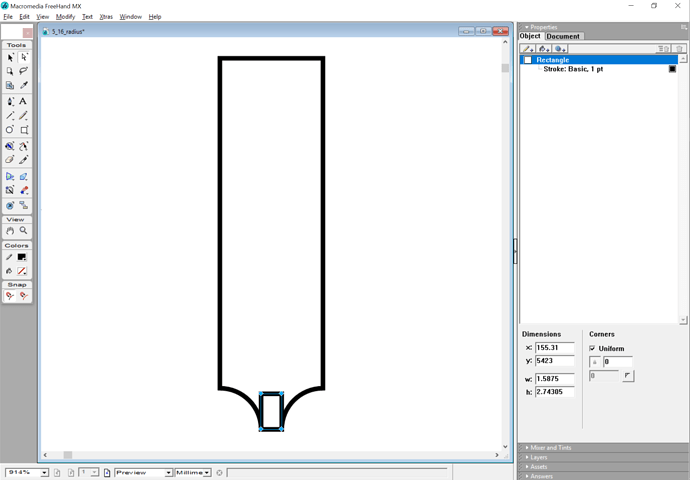 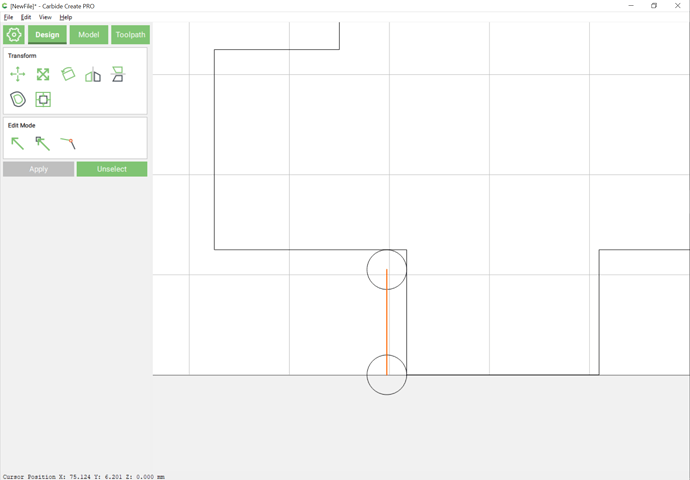 where the open (magenta) line should be the cut we want made at a depth of the radius we want cut. 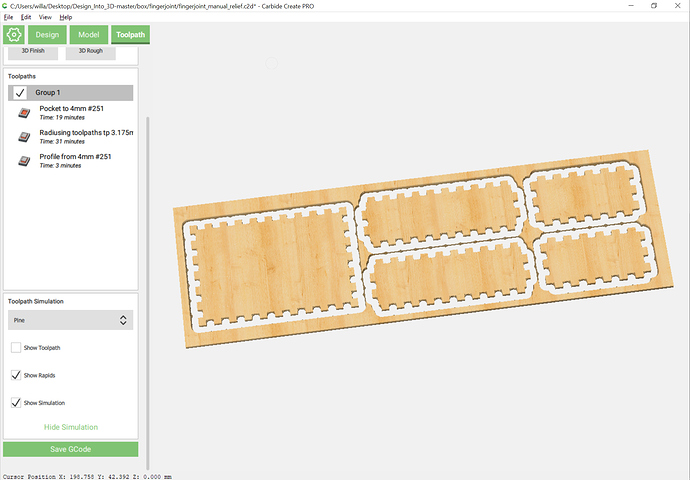 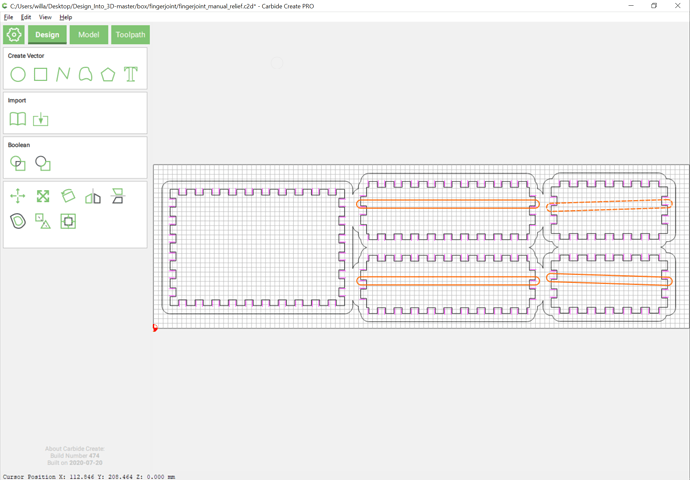 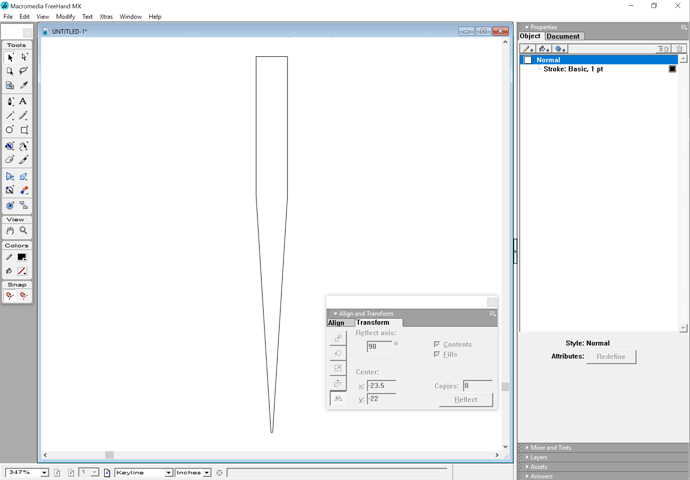 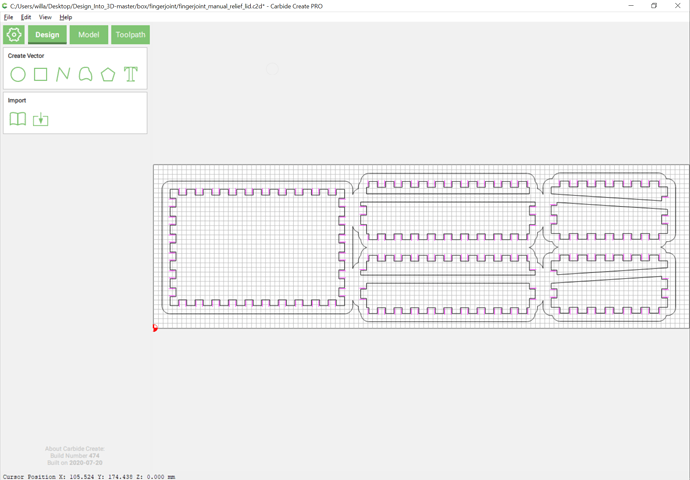 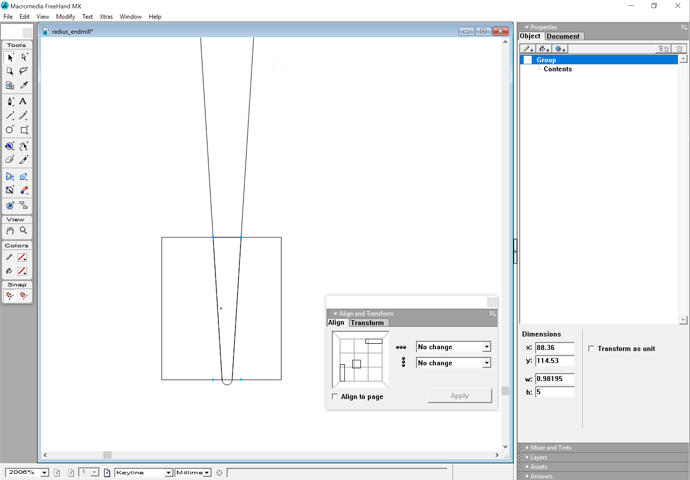 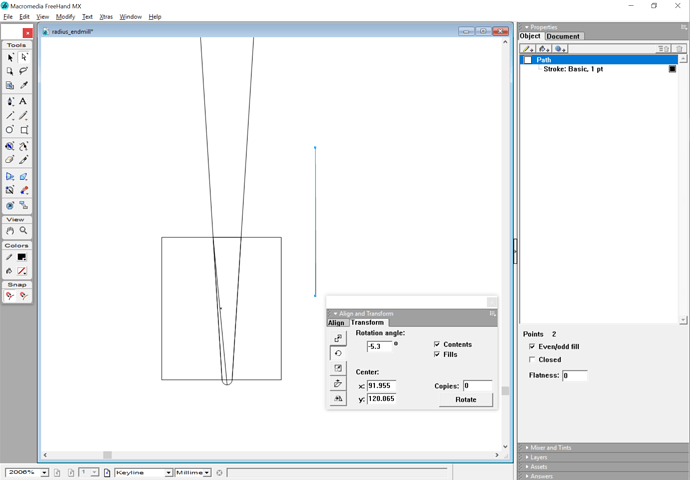 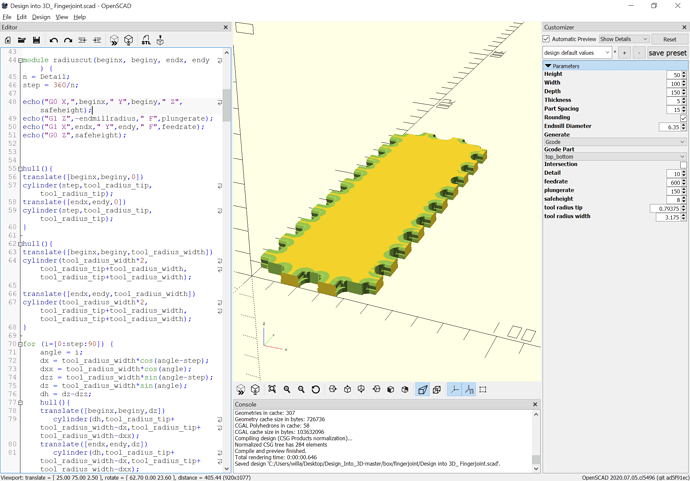 I tried to document this sort of workflow pretty thoroughly at:

and did put up a test cut in a different thread:

The cutting worked out pretty well: [WIN_20200823_16_26_45_Pro] and now that I think about it, can get the correct angle on each front/back piece by just re-orienting them — will have to build that into the system.

Hopefully I’ll get another top/bottom cut this evening and then put one together.

Wrote up a detailed examination of this at:

They want a #102 or other 1/8" endmill (I’ve been using a downcut) — actual setup and cutting photos presently.

While one could carefully measure the fingerjoint width and then adjust the mechanism, it’s easier to just cut a small fixture to hold the boards in their relative positions: 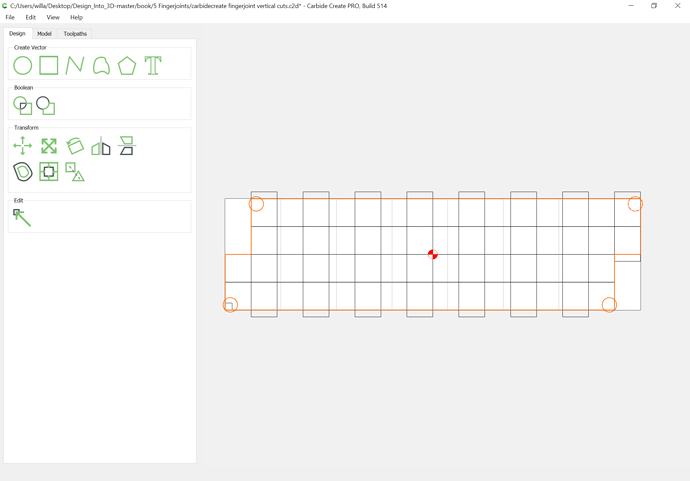 which is ready to cut once unioned:

It’s always a bit nerve-wracking cutting boxes apart, but the groove helps a lot, and isn’t too much wider than the saw kerf: 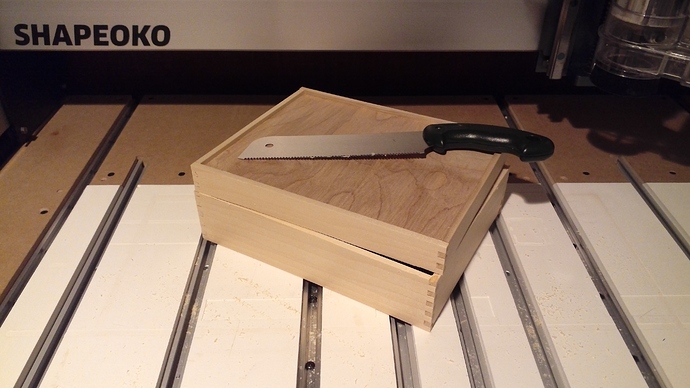 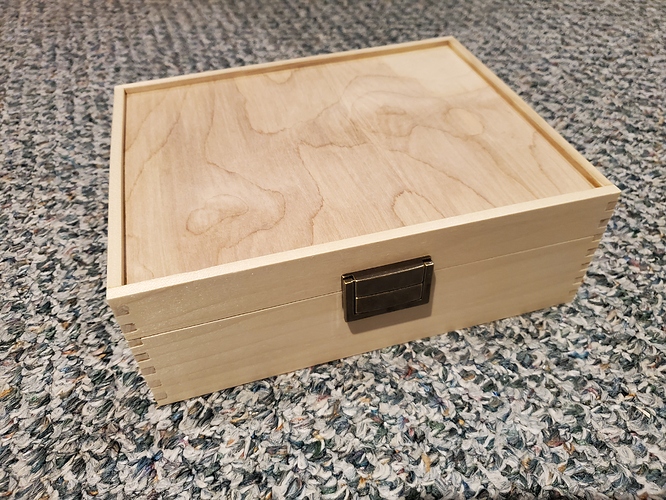 Here are the files for this box: