I am contemplating ordering a SO3 to cut and engrave acrylic. I am basically looking to cutout a slot in 1/4", engrave artwork on 1/4", and possibly cut 1/4" acrylic. Is the SO3 capable of doing so?

You should have no problem with acrylic. It will handle aluminum and brass in hardness with little difficulty. Some have cut harder materials but I haven’t chanced it.

Just watch your spindle speeds and feeds. If you are not careful, it’ll melt. Get everything right, and it’s a sweet machine. Apollo released the speed and feeds. He put a lot of effort into this project. Meaning no need to reinvent the wheel.

@Felipe Also adding a thumbs-up that it’s quite capable of this. The challenge as @RichCournoyer mentioned is to just not melt the plastic, so you have to cut fairly aggressively on it which feels scary at first, because your inclination is to be careful by going slower and easing into things, but in this case that won’t help

I would highly recommend starting with some single-flute tooling instead of 2 or 3 flute tools, because it decreases the feed-rate required to avoid melting, and will clear chips better and prevent melt-downs. Onsrud is one of the most well-known brands for good plastic-cutting tooling, but there are certainly others. O-flute (a particular kind of flute geometry, not a brand) cutters also perform generally better in plastics, and many single-flute cutters will be O-flute even if not labeled as such.

Thank you all! I am going to save up and get the machine. I have an idea for a small business and I think the SO3 will be perfect.

Some example work in Acrylic, since that’s the topic material in here: 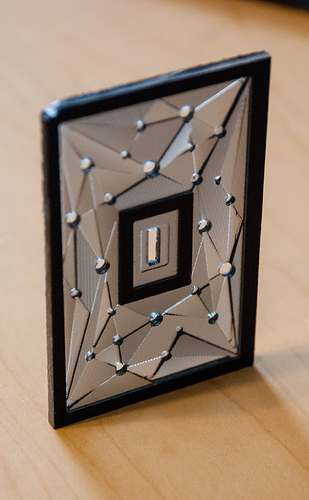 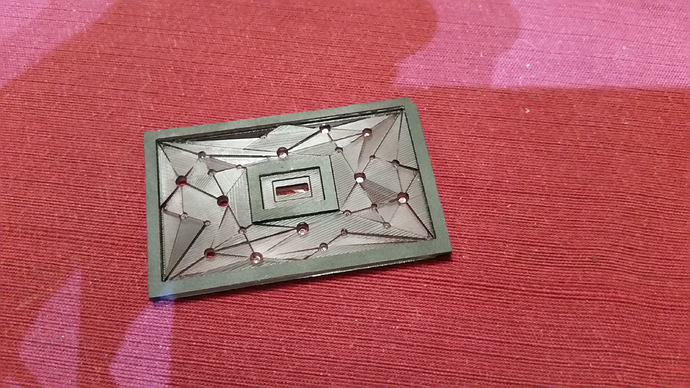 I’ve been messing with acrylic a bit myself and found it cuts great…once you find the sweet spot. My recent work was limited to using small 1/16" end mills, so the current SO3 speeds and feeds chart didn’t work for me, but I messed around with GWizard a bit and got some pretty usable numbers as described in my SuperPID post here:

Hello Forum and Happy New Year! I built my XXL this past Summer and wanted to make it as versatile as possible, the first thing I noticed was the relatively high spindle speed of the Dewalt router even at its minimum speed (16,000 RPM). A little research and I found http://www.vhipe.com/product-private/index.htm and noticed at the time they were running a special 10 or 15% off, can't remember now, so I put in an order. The order arrived from Australia a couple weeks later. Adding the SuperP…

Note that all my cuts were done with a stock Dewalt prior to the SPID install, so a stock machine will definitely do it. Now I just have to get my garage back in order post-Christmas so I can actually get to my machine again and see what else I can cut, haha!!

@DanoInTx This was an experiment with the golden ratio, so not a switch-cover per-se, but might as well be

Nice enclosure for the SuperPID, been thinking about getting one myself, but always a matter of time+$$+clearing out the shop space, as I also am short on square footage!

What is this “Golden Ratio Experiment” you speak of? Sounds interesting, looks really cool! I’m an engineer by day, but my roots are in the shop with my hands on tools. This past couple years I’ve finally been able to afford a couple 3D printers and the XXL for home. Going from a shop environment to sitting at a CAD workstation all day had left me pretty flattened, so being able to actually design stuff for me AND produce it myself has been awesome. Oh yea, acrylic, I lost the plot of this forum post…yes, acrylic is fun to work with on the SO3, cuts beautifully once your machine is dialed in. Been thinking a bit about building a small vacuum table specifically for sheet plastic and foam cutting. I’ve done some work doing lithophanes with Candlestone, looking at what you’ve done with your Golden Ratio do you think it would work with acrylic as well?

I was playing with the relationships between various rectangles & circles all related by the golden ratio, and then did some drafting to create some interesting vertical relief between the surfaces.