Hello All; I had a delivery of some hardwoods in manageable pieces 60 x 10 x 1000mm and was eager to try making a cube. The method demonstrated by John Clark looked relatively easy so that was what I had decided to do. I picked a nicely figured wood (possibly it was American oak) and set out cutting 6 x 60 x 60mm squares with an Amana 90 degree V bit. The image shows the six segments after the V cut. I used the painter’s tape and CA glue method of workholding.

After marking the pieces as per John Clark’s video presentation, I arranged them for glueing onto some more painter’s tape. I tested the fit and then glued the framework of 4 segments and added the top and bottom segments. I found a quick clamp to be ideal for holding the top and bottom sections in place as the glue dried. I remembered the use of marks so that the wood grain markings could be kept together and in facing the correct way. The image shows the wooden pieces identified and marked for direction.

I assembled and stained the wood after hiding several mistakes. Mistake number one was not fixing the very slight movement at the baseboard, where my dowel pins had not been in tight enough holes. 10mm holes for 10mm steel dowel pins was too loose. Subsequent spoilboards have been helically bored to 9.9mm.

This major mistake caused very slight differences in material remaining and that had to be resolved before assembly with judicious use of a tiny engineer’s riffle file that was very smooth cut. The 2nd picture of the pieces demonstrates that the cutter did not cut the bottom edge very cleanly. This was caused by chatter (almost a buzzing sound) induced by the spoilboard able to move a small amount when the cutter was pressing against the outside of the wood. It required quite a bit of cleaning to make the wood ready for the glue stage. 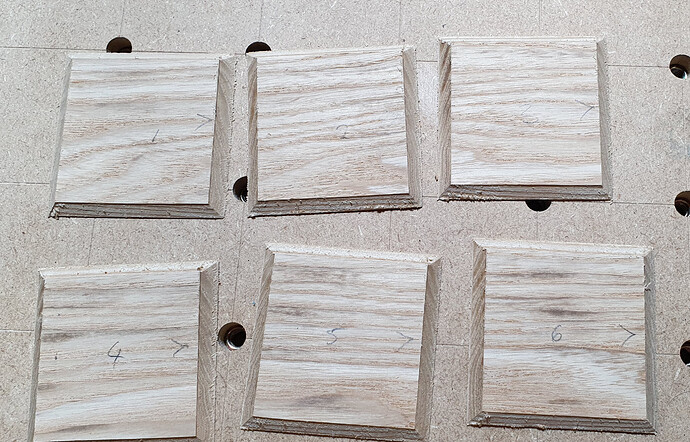 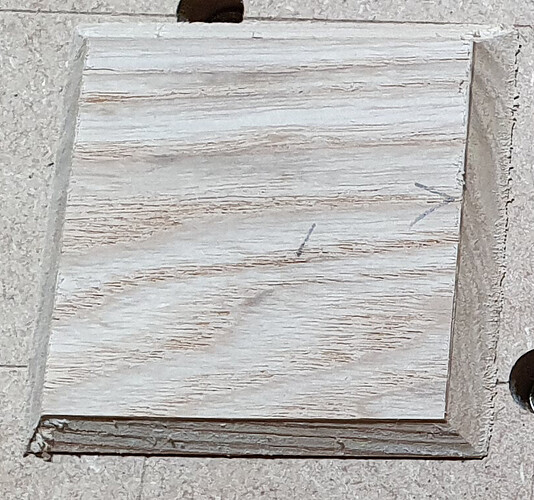 The last image shows the proof of concept assembled. The lines are not especially sharp because of my mistakes in cutting and assembly. 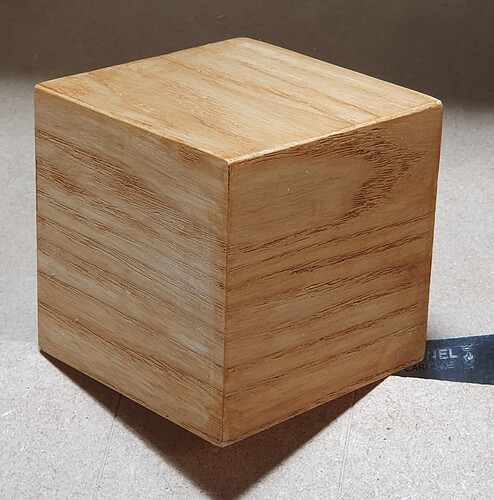 Lessons learned: Spoilboard must be completely rigid. Cutter must suit workpiece depth. Don’t assemble pieces when they do not all match. I think it would be preferable to V cut from a piece of material larger than the finished size. I suspect that running the V cutting bit along two open sides to make the V may be more demanding on the machinery and tools.

There is so much to learn but I have really enjoyed using this particular technique. Given that the cutting burden on the Shapeoko is minimal (8 minutes) this technique could easily be adapted to a production environment.

As ever questions and comments are welcome.

Awesome job, just love the way the grain wraps around the cube! The inspiration of @45rpm (John Clark) strikes again!

You are just far too kind, Mike. I feel that the edges are not sharp and my assembly and finish (light wood stain) leaves a lot to be desired. On the other hand, it is a great challenge for me, a mere hobbyist and newbie… to try harder and hopefully achieve professional quality work.

just love the way the grain wraps around the cube!

Yes, of course that was the reason I chose to use John’s method. With an improvement in my wood machining and decent wood figuring, I think I could get much better results. Seeing the step by step explanation (as a video presentation from @45rpm) has really helped me to understand the multiple facets of the process which may be lost on newbies.

That is so very, very cool. I love it when people take what I did and have fun with it.

One of the things I’ve most enjoyed about this community is folks being inspired by others, learning from those examples and becoming masters themselves. Dosen’t get much better than that other then gifting the projects created along the way

That is so very, very cool. I love it when people take what I did and have fun with it.

Hi John, How nice it is to make your acquaintance. You are a great teacher. May I ask what thickness of wood you use for the sections? I want to try and cut a lattice of some sort into my next piece so I could try the LED lights. I had thought that 5mm may be a little on the thick side.

One of the things I’ve most enjoyed about this community is folks being inspired by others, learning from those examples and becoming masters themselves. Dosen’t get much better than that other then gifting the projects created along the way

Yes, the community is a living textbook. I really appreciate the help I have received from many people here… and all done with great civility. This forum is one of the jewels in Carbide’s crown. It was instrumental in helping me make my decision to buy from them.

Nice to meet you too, Jeff!

I think most of what I have is about .2 inches (5mm). That thickness seems to be easier to align and keep square than thinner stuff. I have also started using 4 or these little guys and a rubber band for clamping: 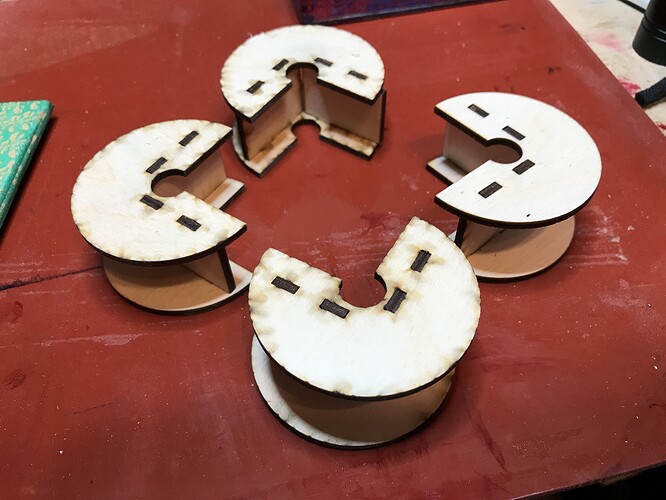 These holders were done on the laser, but you can probably modify this SVG file below for CNC (just lengthen your slots on the rounded piece to allow for the tabs being slightly rounded towards the inside of the two rectangular parts):

Can’t wait to see what you come up with.

Thank you for the information, John. I will also download the clamp design and see what can be done with the CNC. I found the painter’s tape really secure but more convenience would be appreciated. I have a notion to produce 3D carving on cubes so my original 10mm depth may work really well. I have to work out how to join the segments so it looks seamless. First I will try laser engraving and simple milling of the segments. As a newbie, I find it helpful to post my embryo machinist efforts so that I can gather information and useful critique which serves to instruct and teach me.

I completely agree! Posting my first efforts was always a great way to get input and see who was doing similar stuff. Laser engraving definitely adds some interesting options. 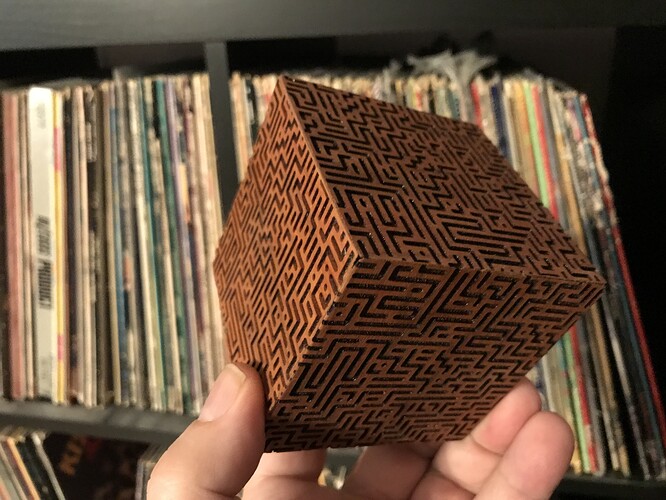 I have also started playing with a technique where I spray paint or dye the panels before adding a final coat of black and then lasering fractal patterns into the panels so it just takes off the top coat of paint.

The results have been pretty cool: 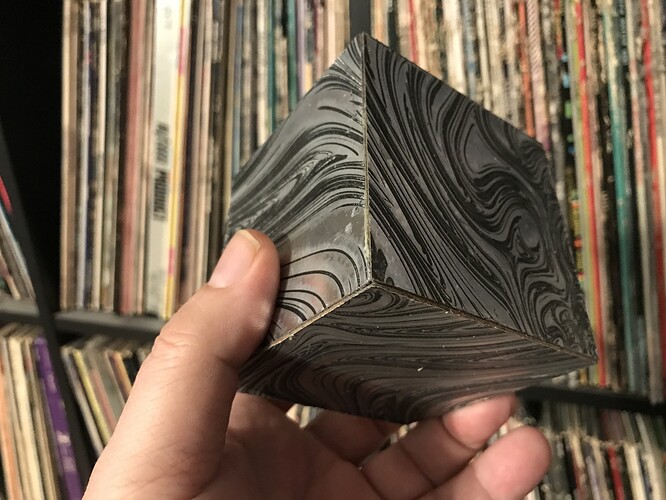 My edges are sloppy on that one but I like the chrome and black look. Unfortunately, you can’t do much adjusting (rounding the edges and such) without removing the paint. I need a dry fit step in the process to get it dialed in. 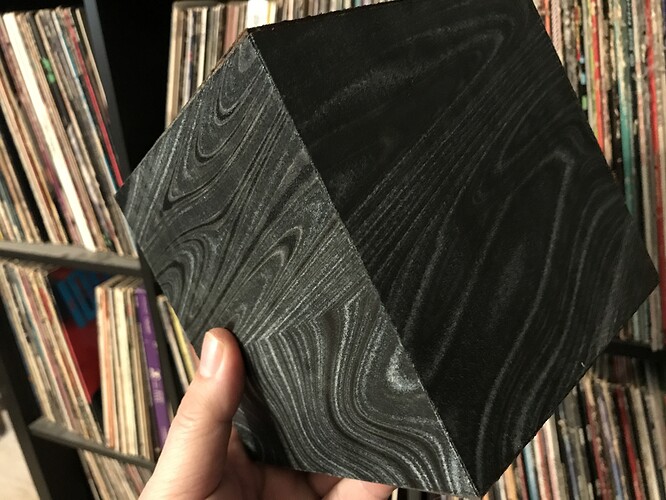 This big one also had a coat of glow in the dark paint on him which is super trippy. 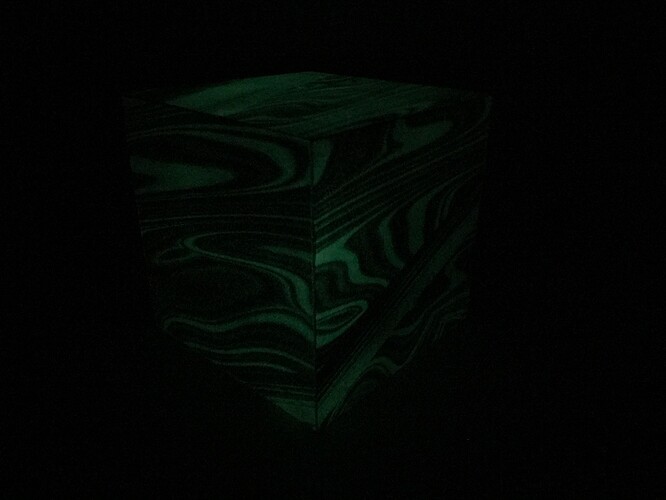 I am a bit of a cube freak.

The results have been pretty cool:

Outstanding and inspirational work, John. I love the idea of the glowing cube. I am also going to take a look at hinges for cube lids… maybe start with piano hinge and work at concealing a hinge or two. Plenty to keep me going anyway. Thank you for your input, it has been enlightening.

@jepho It’s a really interesting project making these boxes, and a hugely useful learning vehicle for techniques and exactness. I made the attached box, using a larger stock piece as you described, in 6mm ply with cut-out patterns etc. My Nephew’s son, 3yr old Quincy, was thrilled. I can’t vouch for the file being a perfect example, but it certainly worked well for me.
Tractor Box 298x211x6 Rev-1b.c2d (1.0 MB)

Hi Andy, that is really thoughtful of you. I will have a look at the file and see what can be done with it. Quincy must have been over the moon with that tractor motif.

For now, I have a pile of 60mm x 10mm x1000mm hardwoods. I purchased American Cherry, American Ash, Poplar/Tulipwood, American White Oak and Canadian Hard Maple. Not exactly cheap but cut to size and delivered by Woodshop Direct. I wanted to try cutting decent stock instead of @Julien’s dust and glue and the seemingly endless CLS pine I have kicking around. It is just about OK to test ideas upon but not realistic when it comes to machining hardwoods.

The link above is to some really amazing 8K images of Mars and I have grabbed a whole pile of screen shots. I want to try both plain laser work and the laser technique mentioned by @45rpm… although I have no clue about the double painting technique required. I am excited by the prospect of turning some of the ethereal Marscapes into 3D segments of cube. I would expect them to work really well as 3D images. The fun will come when trying to create height maps, I suppose. 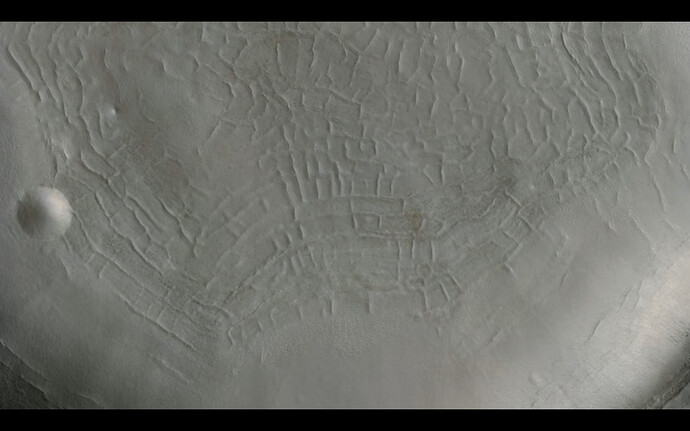 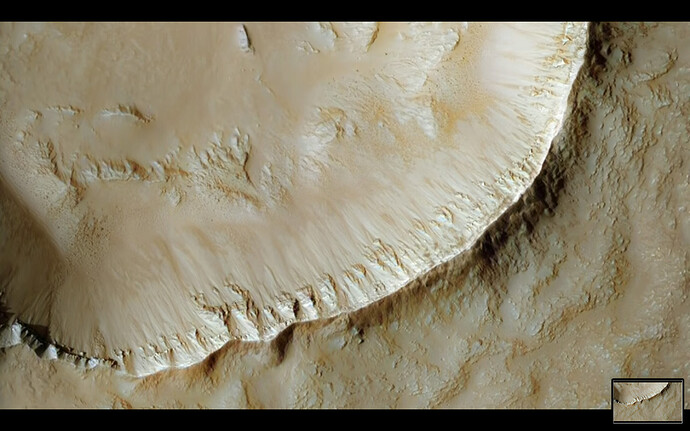 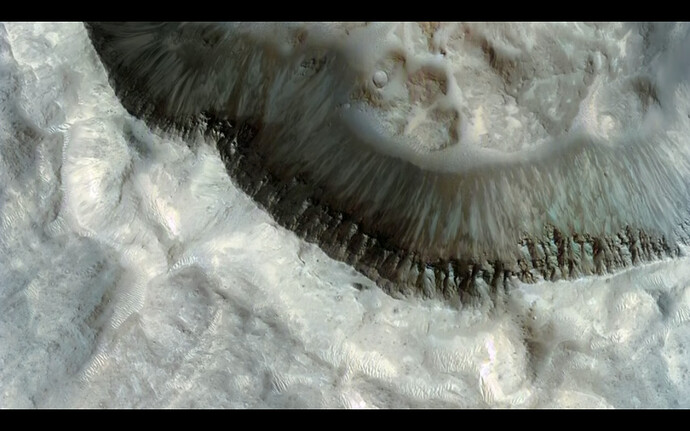 btw NASA also publishes STL files of some of their moon (and iirc mars) data… so you could 3D carve something out of that.

Hi Arjan, Thank you for the information. I will give it a look. Over to NASA in the morning.

Brilliant. Thanks very much, Arjan. Given the example images which I have posted above, are you able to say what sort of process would I need to follow to turn those images into height maps?

As an example, Arjan, I have two images here. One is as grabbed and the other is embossed. I am not sure if that can be converted to an STL image so that it has height information. 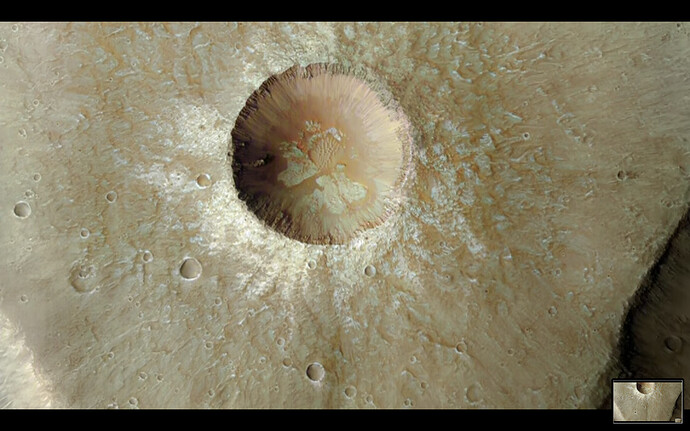 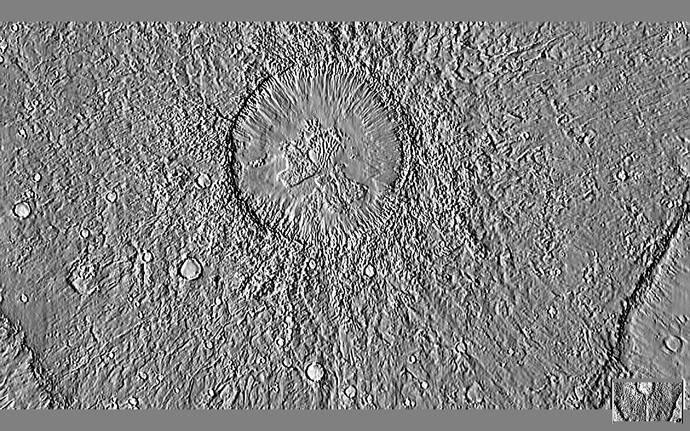 A question about technique. I want to cut a 45° angle on my stock edge and would like that to be the finished size. It is the same as demonstrated in this thread but I want to double the stock thickness so that I can experiment with 3D modelling on each segment. 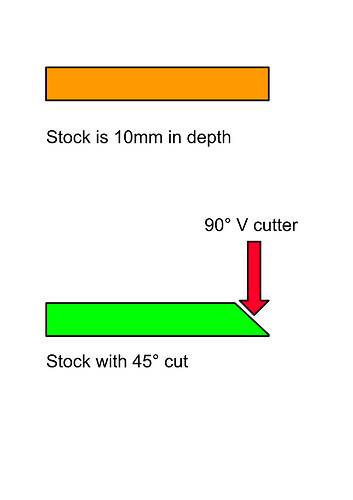 I have a bandsaw that is able to tilt the table but is not madly accurate being a very cheap tool. It is serviceable for a simple line but not much else.