Hi.
I have encountered a slight “problem” that I wondered if any bright minds could help me solve. I started playing disc golf last summer, and during the off season I figured I should make myself a mini marker. Maybe even sell some to the locals if they want

My problem is the small area for holding the piece down to the waste board while cutting.
I wish to add a “pistol grip” pattern to the edge of the disc, without tabs like I tried while testing. I’m thinking of vacuum, but I haven’t really got a clue where to start. Shout out all obvious and rare suggestions please!
Edit: The disc is 98mm (4") wide, the top of the “dome” is close to 65mm (2,5"), and the rim on the bottom is 7mm (1/4")
Top: 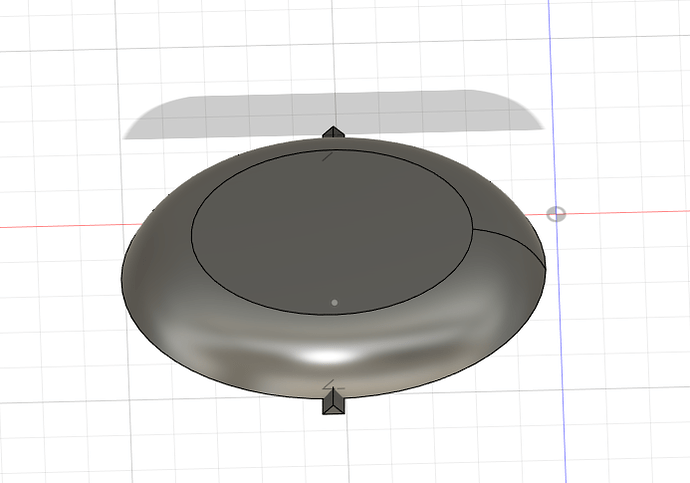 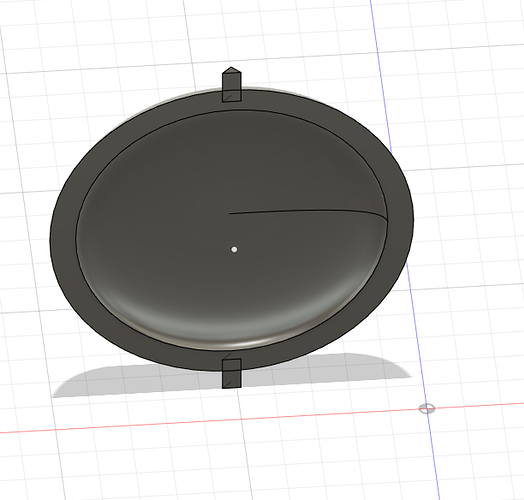 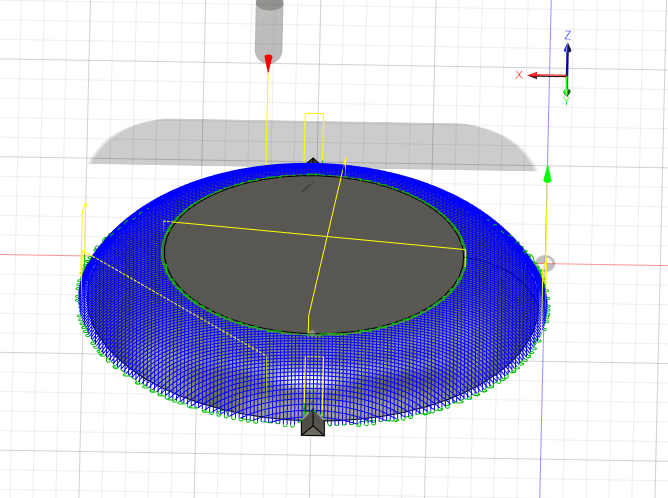 If I understand correctly the bottom surface in contact with the wasteboard is 7mm wide ?
I would use tape & glue (in that specific case, probably multiple strips laid out all around the perimeter on the bottom)
7mm x the circumference makes for a reasonably large contact surface, and carving a pistol grip texture on the surface is not going to put huge efforts on it anyway. Pretty sure this would work.
And you’ll probably fall in love with tape & glue workholding in the process (but I’m biased)

The “top” circle looks flat enough for tape & glue.
I would try cutting the top first, do all the checkering and then flip it over to hollow out the underside.

It’s 7mm wide, so 23,145*0,7 would give me aprox. 22cm^2. Didn’t think it would give me that much surface… I’ll give this a go tonight! Had some issues with the painters tape and glue I have been using, so I might try another brand of both. It’s from a cheap store for a fraction of the price.

Yeah, it’s probably flat enough, but it give me an issue with getting the piece in the right place after flipping it over. Then I would have to make some sort of “cradle” to align it.

I use cheapo painter tape too 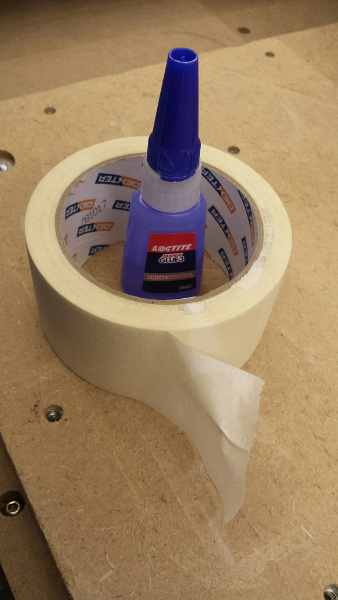 The key for me is to use a wallpaper roller when applying the tape on each side: 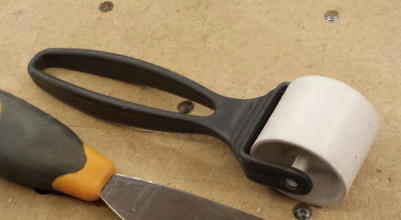 I like your thoughts outside the box! I had an extrusion like you are thinking of as a part of my initial the design, and then I could add tabs who could easier be removed then as a part of a sharp edge. I guess I could do super glue and tape to hold down the finished dome in some sort of holder like you say.
I’ll have a go at it, for science

Didn’t cut all the way through on my depth, so I had more surface then I was aiming for, but I’ll go again some other night this week :slight_smile 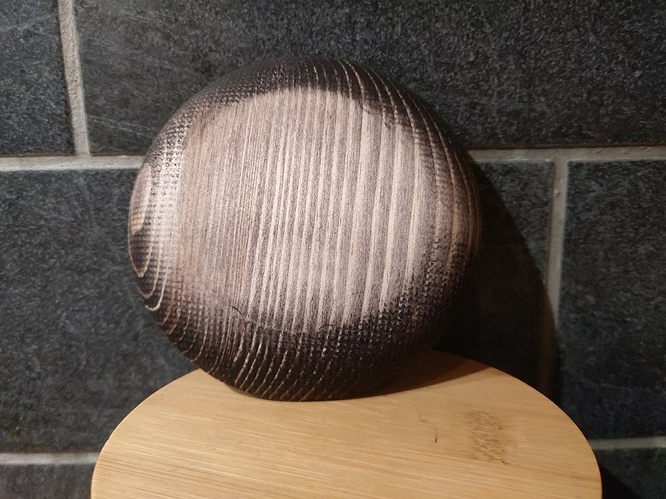 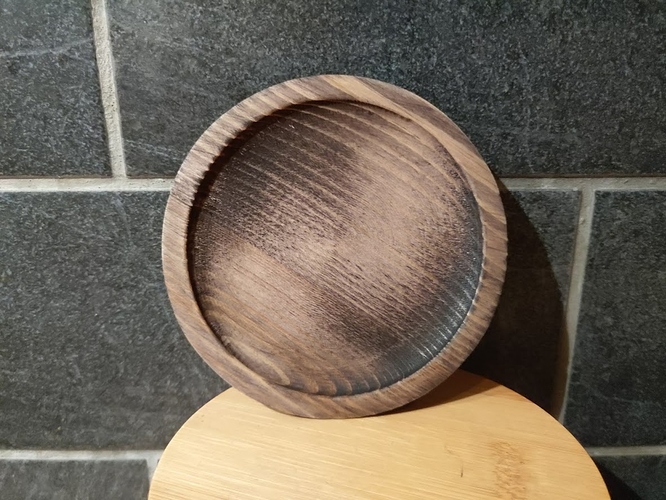