I had a sneaking suspicion this would not last long. I have rarely seen adhesive-only solutions work for long (in general, not specific to CNC stuff). I have but a few minutes run time on mine and have already pulled the LH side drag chain loose from the VHB tape. I went to vacuum out the chips and sure enough, pulled the drag chain free with the hose. I was not overly aggressive with my vacuuming, just normal use ya know. So, has anyone else hard mounted this end? I could just drill and tap holes thru the aluminum extrusion, but those are some mighty small holes. I fear those might not last long either. Curious if anyone else has experienced this and what your solution was?

Drill and tap was the answer. I don’t care what I used VHB tape for, it NEVER pasted for more than a few weeks at best, so it is brackets for my LED light strip, screws for my Drag chain, and magnets for my WD40 Drip Tube system.

The other “hack” if you’d call it that was to shorten the Y-axis chain (I also flipped my orientation rearward), and extend the X-axis chain so it butted up to the Y-axis end-plate so I didn’t have to look at exposed wires. I ended up with several spare chain links after re-sizing and hard mounting everything. There’s also a Neoprene #6 washer to shim under the Y-axis drag chain screw.

You’ll notice also I’ve attached a piece of Wiremold to the gantry, hiding the Y-motor harness and X-axis limit switch wiring. I also added a drag chain “support” to keep the X-axis drag chain from slipping off the gantry.

I also hacked the Controller “Box” to avoid fishing the wires through the holes if I needed to remove the cover. 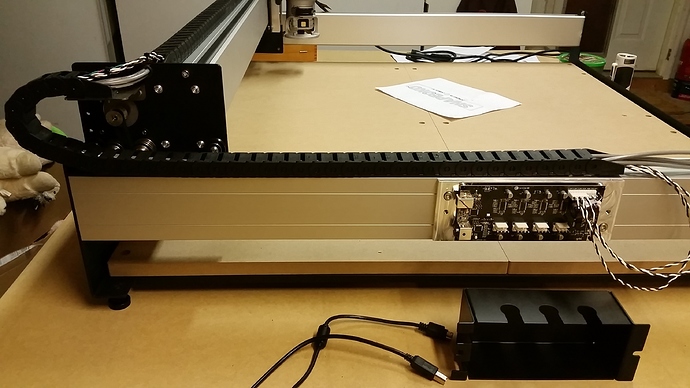 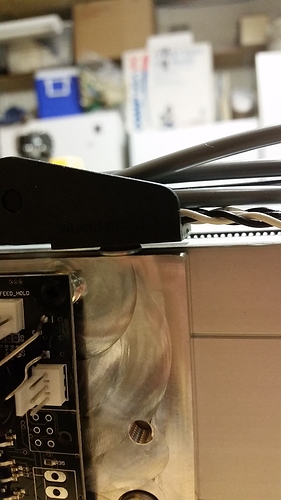 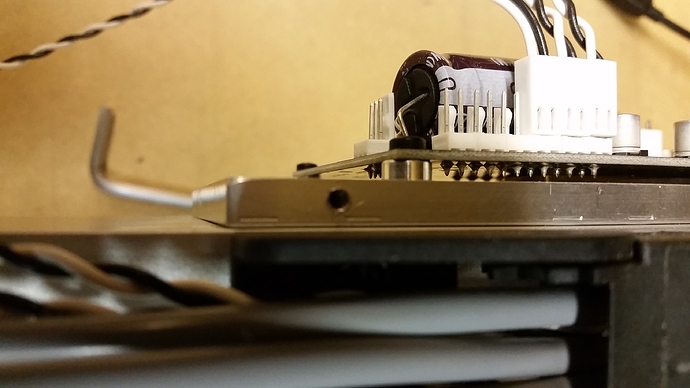 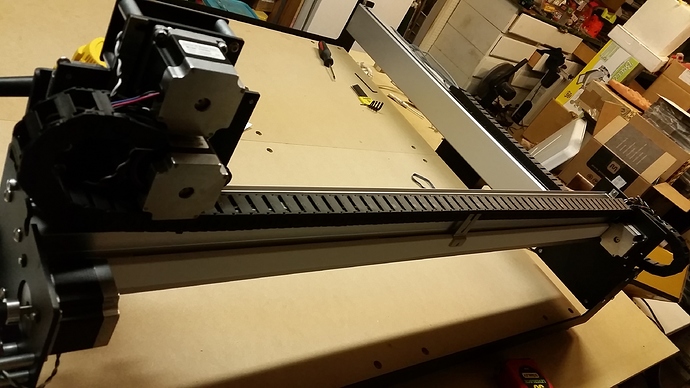 I used a sheet metal screw on mine (Think out door screen department). They are self tapping with drill tips. Work great for this type of thing.

3m double sided foam tape, one long strip to tape everything down that doesn’t move. has worked since I got the machine without a problem.

My X-axis chain came off after the first couple of runs so I screwed it down using self tapping screws. My Y-axis chain is happy with tape. On my machine I think the difference is a combination of the way I routed my router plug (it tries to drag the chain down and away from the gantry) and that I have limit switches. The Carbide3D limit switch kit falls in line with the drag chain causing it to want to lay off the top of the gantry. Bolting down my chain and adding one more anchor to the router power plug solved my problems.

I used a self tapping screw too. Hasn’t budged.