I’m using CC Build 474 and am seeing errors in the drawing after re-opening the file. Images of before and after can be seen here: Images

Is this a known problem? Known conditions? (too many paths, svg incompatibility, paths too small, etc)

Here’s how I got here:

I’m happy to privately share the c2d and svg files for those willing to help, but would rather not post them publicly.

Please send the file in to support@carbide3d.com along with a link to this discussion.

Thanks. I think there’s some problem in the SVG, but added to the bug database, so a developer can look into it.

I was able to fix the file by:

What tools do you use for fixing up the file(s)? I’d like to be able to fix (or avoid) it myself if I run into it again.

I use Macromedia Freehand, but it’s not really available these days — Serif’s Affinity Designer would be the nearest analogue.

Another possibility is that the objects were circles, but my manipulations made them into Bézier curves since the twain are handled differently. We’ll have to see what the devs find when they look into it.

I did a bit more digging in the SVG with Inkscape. I found that some of the circles had over 70 nodes!

Once I selected them and ran “Simplify” (Command+L), saved and re-imported into CC, everything worked as expected. I’m not sure how they got into that state but I’ll see if I can replicate it. 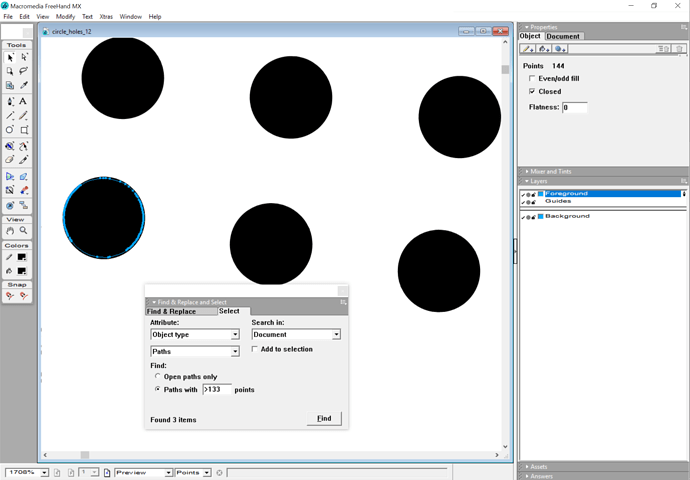 I didn’t simplify anything, and since Carbide Create converts curves to polylines by default this shouldn’t matter.

However, it seems that Carbide Create did simplify things on import: 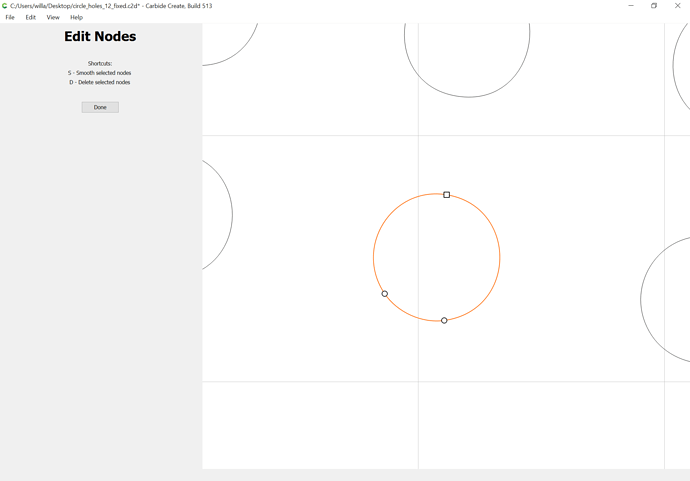 so it may be that this will be a useful test case.