We have had issues with losing connection to our Nomad 883 with Carbide Motion.

First issue:
Error appears when our air compressor kicks on. (This air compressor is plugged into the same power circuit as the Nomad.)
GRBL Error: DeviceNotFoundError 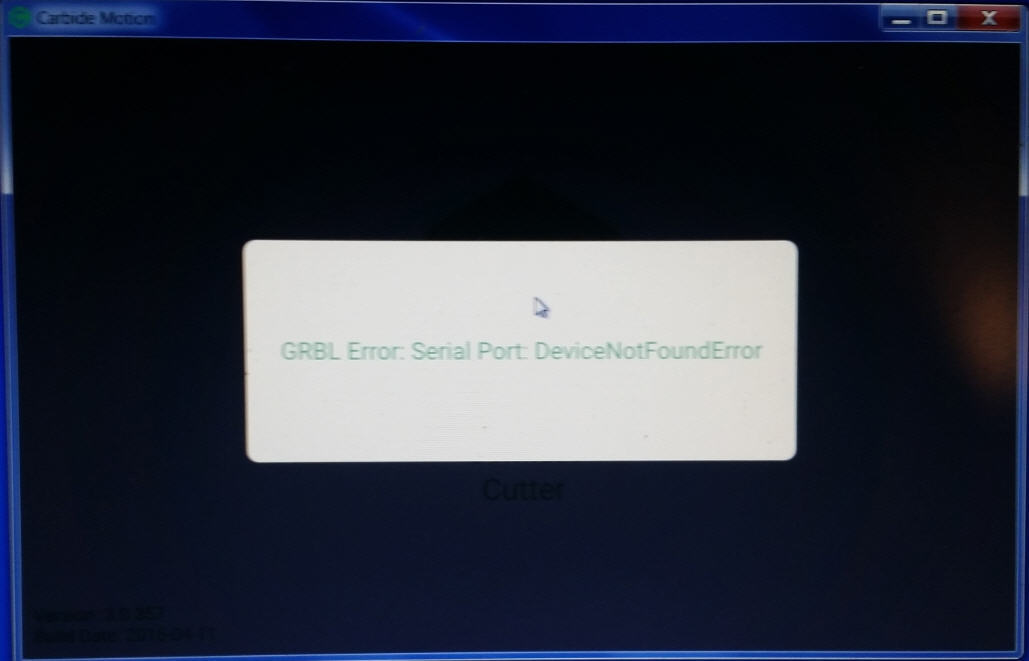 GRBL Error - Serial Port DeviceNotFoundError.jpg1029×661 32.1 KB
This stops the program and we have to shut down the Nomad and switch around the USB cable to a new port to reconnect.

Second Issue:
Same error appears when we touch any metal part (attached to ground) after the machine has been running. e.g. changing out a tool.
Same Error as above - GRBL Error: DeviceNotFoundError

Can’t find any solution for this problem. Seems like a static electricity problem? Grounding?

Third Issue:
Error appears when we try to reconnect without shutting Nomad off and back on.
GRBL Error: Cannot open port for cutter

Are these issues related? Any thoughts?

If possible, use a different circuit:

Using a different circuit works for the first issue, but not the second issue. Still get the error, after touching grounded metal anywhere on the mill, when the Nomad is plugged into a different circuit. This usually happens when I have to change out a tool or once a program has finished. We do mill mostly plastic stock, which does generate a lot of static electricity.

If what’s on the wiki doesn’t resolve your issue, contact support@carbide3d.com