Final cut is off by exactly 1"

I ran into an issue where I was pretty sure about my placement of a simple rectangular cutout but after the piece was finished I found it to be an inch taller than what I put in CC. 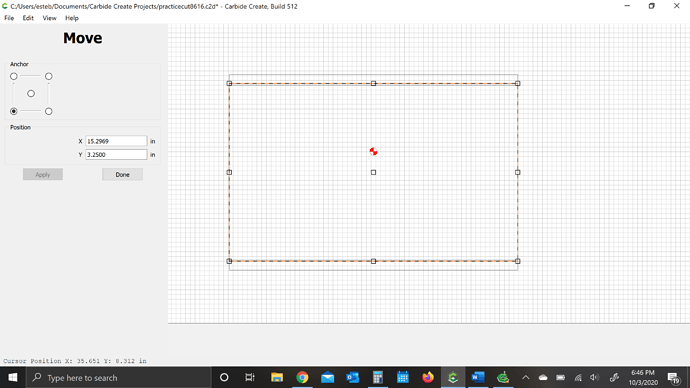 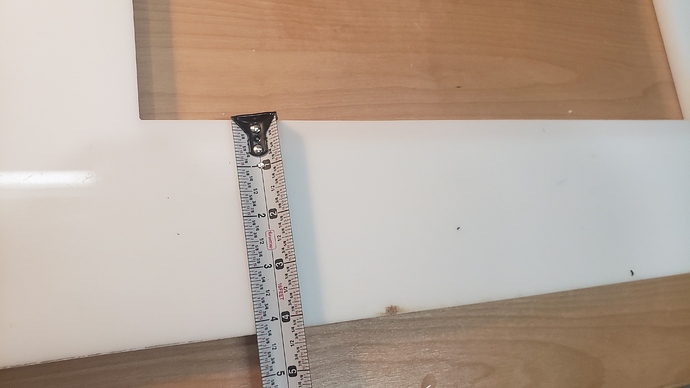 Any idea as to how this happened. I keep going over my placement in CC but still seems to be right to me.

I just attempted again on a scrap piece and it is still off by even more this time??

I’m zeroing the tool at the center of the piece and am getting these results. normally I use the probe on the corner but for this project the material is too large to use the probe for the corner.

again, i’m zeroing the router at the center of the workpiece and starting the toolpath at center. but for some reason I can’t get my bottom cut where i want it to be at 3.25" from the bottom of the workpice.

what i’m i doing wrong here? thanks in advance 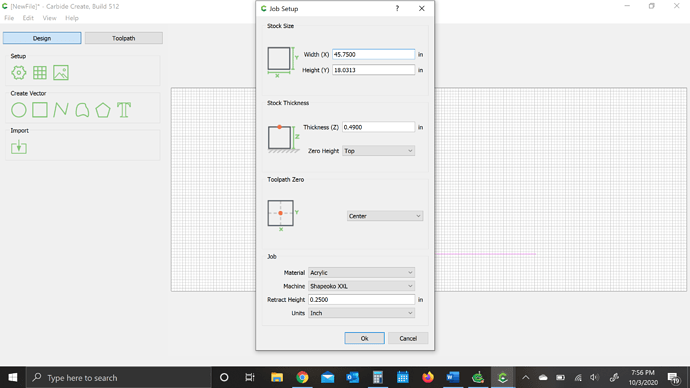 If you submit your cc and Gcode files somebody else can lay eyes on them.

You said it’s a big piece, How does the top of your cut look? It’s not crashing on top and cutting the top thin is it?

It’s cutting the overall shape just fine, the only problem is that it’s not positioned where it needs to be on the material. I’m using the probe for the z-axis so it’s cutting depth ok as well.

one thing that at some point I had, is that I hit the back of the machine halfway my cut… which causes it to miss steps, and from there on, all measurements are off.

Is this a front-to-back misalignment or a left-to-right? (from how it was in the machine)

I should have been clearer, when I said top, I was referring to work Closer to the back of machine, not the z-axis.

So the rectangle Cutout is the right size, just in the wrong spot?

the way to try this, is to turn off the power to the machine, and by hand, move the X beam (gantry) all the way to the back. That is obviously as far back as it will go.

If the hole you’re trying to make is behind that (or any other part of the cut) bad things happen.

Specifically, the machine THINKS it’s moving further back, say 1", but physically it is not (the stepper motors end up dropping some steps)… which is not nice. but worse, once it later moves forward that 1" again, it actually moves that 1" forward. So now there is a 1" difference between where you zeroed and where the machine actually is… and all cuts now are off by 1"

Now, the shapeoko might not be able to cut all the way to the very back as you might think if you look at the wasteboard… but it can cut forward a lot more than you think as well… so you can overhang on the front side…
(think of it this way… the router is to the front of that beam)

If it’s cutting the right dimension, just wrong position, then it could be a bad zero position.

Again, if you upload the files, maybe something will stick out.

Thanks, do you know where/how I would upload the files?
Gcode and cbc files?

How are you Zero’ing?

here is the simple practice line in cc and gcode.

I had a look at your two “practiceline” files

After you zero, you could also jog to the 3.25” y-position and confirm 3.25” as a sanity check on your zero process.

My practice board was the same width but not the same y… it was a few inches taller which explains why it has been coming up higher Everytime I practice on a new piece that’s slightly taller than the finish product.

I moved my center off of 18" and voila it’s right where it needs to be.

Thank you to everyone for your time and input!

no worries we’ve all been there