First cut ever on Shapeoko

Yaaay, I cut something! 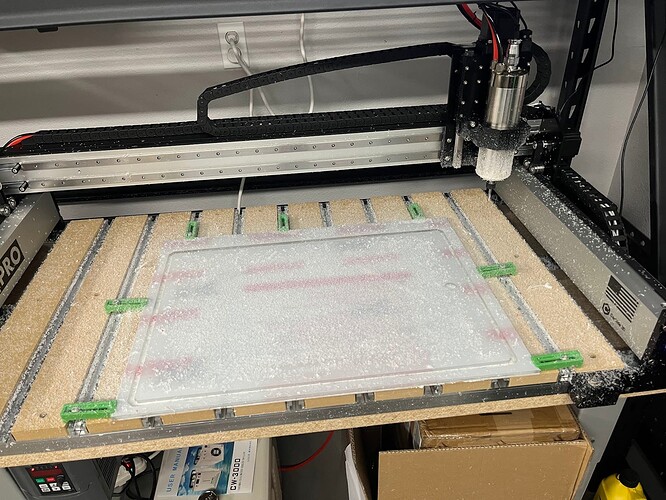 I know, I know it’s not much, but I powered through my FCA (first cut anxiety). Do you guys ever have that? When you have a new machine that you don’t know yet? Or a new material? Or a new tool? Or a new program? Or a new pass of the program that you’ve already run a bunch of times?

Anyway, I’m pleased with the thing chugging along at 3500mm/min. I took very light cuts, but still the hardware feels snappy. My table, turns out, is not up to the task of handling all the Y moves. Spindle worked nice. Polycarbonate made some interesting noises on some of the passes but the tool still looks good and surface finish is nice. I absolutely despise all the GRBL senders available. I’ll see if I get used to any of them quick enough because I already planned out the whole linuxcnc-mesa-gecko retrofit.
More happy adventures to come.

Many people love to tinker with software. I started with an IBM with DOS. Progressed through all versions of Windows. I was a System Support Engineer with Sun Microsystems/Oracle. I have installed thousands of Solaris OS, Linux, windows and a few others.

I have done just about every IT job with servers, storage, switches, printers and tape. Both hardware and software. Retired now and I barely customize anything. I have the knowledge to make my computer walk and talk but dont. I like things simple and easy. After seeing and doing most things with computers I just want to just simply use my computer to do a job and shut it down.

My use is boring but simple. I quit chasing the bits because they go on for infinity. You can never catch them all and trying will mentally exhaust you.

That short GIF you played actually made my teeth hurt.

FCA … every time there are days between cuts on my machine.

FCA … every time there are days between cuts on my machine.

Aw man, looks like you’ve seen some stuff during your time. 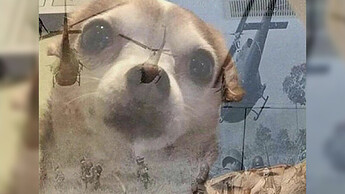 I totally get your point but that’s the beauty of doing this as a hobby that I can take it whichever way it stimulates my brain in a pleasurable way. Probably I’ve spent a whole lot more of my time on improving things that could be slightly better rather than push through but the aggravation of something not working as it should pains me more than some extra time and money.
If I did this for a living and had to produce something that would be a different topic entirely. Also one can just buy a Datron and have the polished experience without any customization.

One day, one day!