Well after an afternoon of playing, I have a way to mill blind finger joints without having to do any vertical mounting. 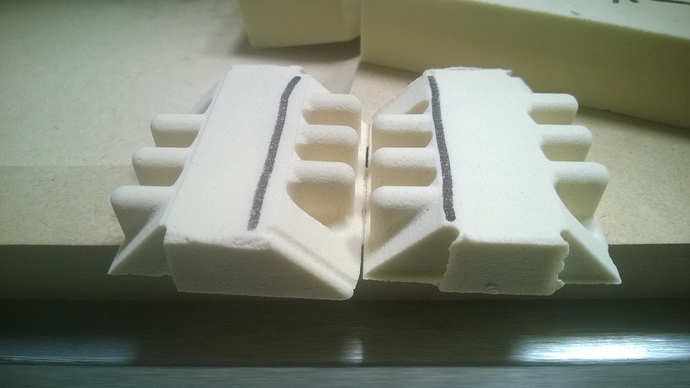 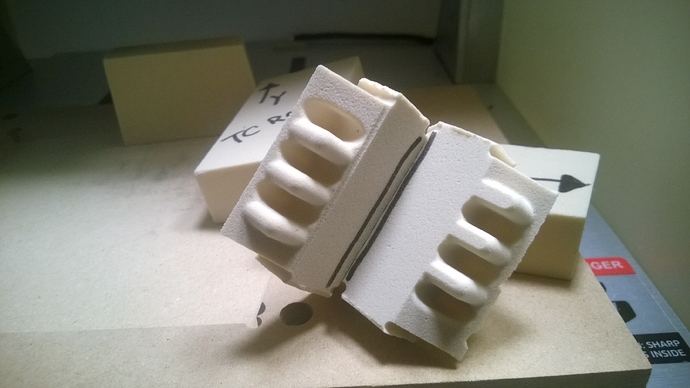 Nice! Do you know about this package?

Yes, agreed very nice! Tailmaker looks cool although in solidworks it would also be very straightforward to draw something like this up or even more complex ones.

I’ve used it before. Its really amazing to see the reaction of people to a box where all of sides are random joints - with a perfect fit!

SolidWorks? Yeah, you can do lot of cool stuff!

I did not know of this. glad to see that we both used the same base tool (ball nose) and similar concepts. will have to check it out.

There’s a second program listed at:

Discussion here: http://www.shapeoko.com/wiki/index.php/Fabrication_Techniques_%26_Hardware#Joinery — esp. note Knapp joints, which were the first to be machine cut.

Ah, so that’s what they’re called (full blind finger joints)! I made a box like this as a super early project when I got the nomad; never knew what to call them.

Overengineered box for the endmills I don't have yet Gallery

Hi, just wanted to share my first Nomad project. I wanted to choose something I wouldn't be able to make normally, and that involved a kind of precise fit, so I totally overengineered a box. [image] At first, I was just doing roughing and contour/waterline passes with the flat mill, and had some issues, like the dirty edges and ugly finish on the 45 degree angle cut: [image] But after some experimenting with different strategies (contouring on the vertical parts, waterline on the steep…

So much fun designing this kind of stuff!

I like the rounded edges - you get to avoid the extra deep circular mouse ear cuts I had to make to fit the 90 deg corners… Cool idea!

If people are going to playing with wood joints, one might want to know what they are all called and how to make them on a CNC machine. Here you go:

I do have to say that this package:

is AWESOME SAUCE, having used it for a few projects in the past. it requires knowledge of G code to set it up for a particular machine. The Nomad isn’t hard. If there are those who don’t want to work it out for yourself, I will post the Nomad particulars.

Here is a MeshCAM screenshot of a Mortise and Tenon joint I did for a project a while back: A mortise (occasionally mortice) and tenon joint connects two pieces of wood or of material. Woodworkers around the world have used it for thousands of years to join pieces of wood, mainly when the adjoining pieces connect at right angles. Mortise and tenon joints are strong and stable joints that can be used in many projects. The mortise and tenon joint is considered to be one of the strongest joints next to the common dovetail joint.[citation needed] They furnish a strong outcome and connect b...

One can see the “dog biscuit” that removes the material otherwise left by the end mill and a turned edge that allows the tenon to mate cleanly (without using a jig to cut it). 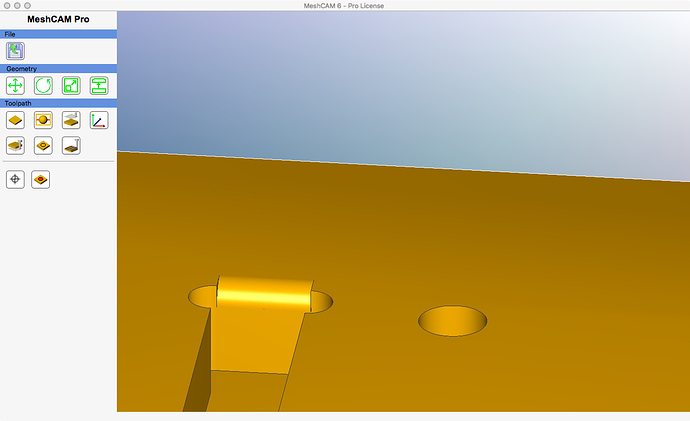 Tail maker does look pretty amazing! Who sits down and programs something like that I mean seriously even if you are stupidly smart that is still some serious hard work.