I used the Myers Woodshop spoil board for my Shapeoko and his cam clamps and L brackets. Back in April he made a very funny video about breaking up with his Shapeoko. Thought it was funny. Myers went over to the dark side with OneInfinity CNC. I promise to never break up with my Shapeoko, well maybe upgrade to the Pro but dont tell my Shapeoko 3 XXL.

A lot of people were upset that he went to another machine, that guy has done so much so for many in the newbie CNC world, but his content definitely changed towards the end of last year

I unfollowed after that video - no offence to him but his content used to be very informative, well structured, and teaching focused. Now most of the videos seem like an afterthought.

I unfollowed after that video

I too unsubscribed, but for me it was the laser cutting of a pizza.

A long time ago…I used to know a couple of folks that had Shopsmith tools. There was something about the dynamics/harmonics of the round supports that compromised everything the tool was supposed to do. As I grew older and met a few folks that worked in real machine shops, they confirmed that this wasn’t a myth. No science behind it that I know of, but for me, despite all the other nice features, round supports are a deal breaker. 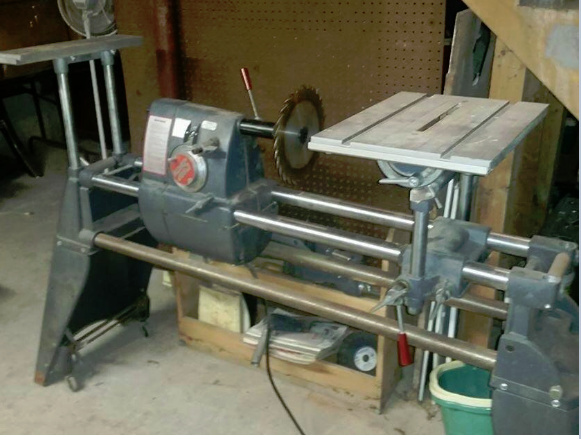 I lost a measure of respect for Meyers Workshop after seeing that travesty and I can not imagine how his new best friends could have enjoyed that hot mess either.

Well back on April I unsubscribed as well but I still thought it was funny. I once commented that he should edit repeated tasks to clarify and streamline his videos, he replied back that is what they make the fast forward button for. In our short attention span societies you need to be consise and to the point to keep my interest for YouTube videos.