I guess “normal” is relative in context… I have a Triquetra which is what I’d define normal, and while probing would technically work, zeroing would not.

I would like to encourage everyone else who has held off upgrading to v4 due primarily to the loss of support for your Bluetooth 10-key to do the same.

Here’s what I sent, and feel free to directly copy or echo any or all of what I wrote:

I’ve been a Shapeoko XXL user for over a year now and I love my machine. The release of Carbide Motion v4 with GRBL v1.1 was exciting when first announced, but I’ve not upgraded for several reasons, most specifically the deprecation of the Carbide Motion v3 key support for jogging and jogging step control.

_Many v3 users like me have small 10-key Bluetooth keypads which are invaluable for zeroing the machine. While v4 X/Y jogging works with the 10-key, we can’t jog the Z axis. This was done in v3 with the PgUp/PgDn keys. Likewise the jog step select via numeric keys 1 thru 5 was deprecated in v4. _

Both of these operations are hugely important and integrated into our workflows, and without the 10-key operations, Carbide Motion v4 is a non-starter for me and many other users

In addition I’d also like to see touch probe support for non-Carbide 3D touch plates by “surfacing” the dimensional settings for user configuration, thus allowing a probe zeroing operation to net a true zero when a probe operation is complete.

Please consider re-enabling the 10-key support and the support for alternative touch probes for your next v4 Carbide Motion release.

Thanks in advance for your consideration.

Anyone looking for a way to get Z-Axis movement working on their 10 key might look here. I don’t have one to test, but this custom driver will intercept input from a specific hardware device and remap it based on how you set it up. It goes by hardware info so it won’t mess up your other keyboard.

Can you remap keys of a specific keyboard? 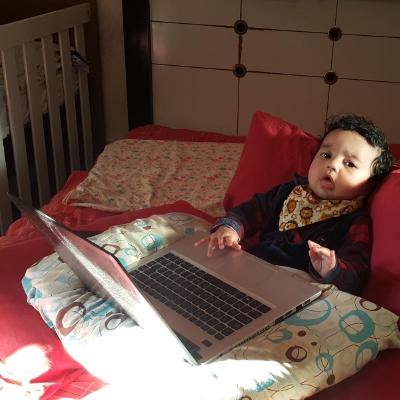 The Interception API aims to build a portable programming interface that allows one to intercept and control a range of input devices.

I have it on good first hand authority that all 10-key operations were restored in the latest v4.09 Carbide Motion release. Kudos to the Carbide team for getting this operation restored. I plan on migrating when I can carve some time.

If the next release includes custom probe offset dimensions, I’ll be in tall cotton…

pls help - Before up grade to CM4 I never had any problem.
My SO3 XXL with homing swithced installed was working fine, it never complain on anything, I added Jtech laser, I also have to use GRBL Universal Code Sender 1.1 for my Jtech laser to work. I also upgraded to CM4 latest version.

My job stop after a few minutes of cutting and stop, CM4 console said “Error xx lost connection to com port.” This is profile cut so it cutted the outside go counter-clockwise - The strange thing is: When I cut an 3-3/4 inch hole, and 5 others which are 7/16" diam holes. It cutted to completion without any problem. This is so strange, I notice the outside profile cut has more lines of codes but not much. WillAdam pls tell me what do I need to do. Is this If you need to roll back to Grbl 0.9: what I need to do??? Will my laser work after rollback??? Is there a link and instruction how to re-flash for my SO3 XXL

If you need to roll back to Grbl 0.9: Re-flash First, download a utility for this (see below for further documentation and an alternative using the SDK) Windows: http://russemotto.com/xloader/ Mac: http://paulkaplan.me/HexUploader/ You should be able to grab the hex file from here: https://www.dropbox.com/s/5ey4rbk7l1596pe/grbl.hex?dl=0 When you launch the utility, Choose atmega328 UNO as the target, 115200 as the baud rate, and the attached hex file (click the button with the three dots…

I did managed to download the HEX file to my PC
pls tell me how to roll back so I can work.
Do I need to download grbl v0.9 ??? where do I download it??? what built???

so if I want to use the old version I have to go through all these steps listed?

and if I update instead is it still risky? I didn’t realize i needed to and I got an error in carbide motion saying GRBL error: GRBL versions before 1.1 are not supported

Please go to the link:

Updating works well for most folks — I haven’t been told that it’s good to go for everyone, and it hasn’t formally been released. Please keep an eye on the blog for announcements about this.

Sorry, I’m ignorant Will but your first item re-flash is done how? Im trying to get back to .9 firmware
thanks

If you need to roll back to Grbl 0.9: Re-flash First, download a utility for this (see below for further documentation and an alternative using the SDK) Windows: http://xloader.russemotto.com/ Mac: http://paulkaplan.me/HexUploader/ You should be able to grab the hex file from here: https://www.dropbox.com/s/5ey4rbk7l1596pe/grbl.hex?dl=0 — you can update to 1.1 using http://carbide3d.com/dl/v4/grbl.hex instead When you launch the utility, Choose atmega328 UNO as the target, 115200 as the b…

on your sixth bullet item:
Once you do that, open a log in Carbide Motion (in the settings screen)
what version are you referring to V4 or V3.

Use the one appropriate to the version of Grbl just installed:

If I use the uploaded and select the hex file in the drop box listed first will I be back at .9? Or maybe more simply is the first hex file link grbl .9?

So I connected to the shapeoko controller via usb / printer cable and opened the uploader put the settings as you mentioned atmega328 etc selected the the hex file to upload but I still show grbl 1.1 when open CM3 or 4. Shouldn’t it say .9?

If flashing were successful, yes.

Usually reflashing works. If it doesn’t, there are a bunch of possible causes — saw your ticket in the support queue and we’ll get this sorted out as quickly as we can.

FWIW, my understanding is the developer of Grbl recommends reflashing by using the Arduino IDE and recompiling.