So in the basic carbide create guide it looks as if the boolean option is just supposed to show up when you make a shape, or two shapes. However I cannot find any option for booleans. Can someone let me know what I am doing wrong here?

I am trying to round out the edges on some .4" thick rectangles.

so I guess that is one of the issues, I cannot select two shapes at once apparently… normally this would be done by holding shift while selecting (in other 3D programs at least).

I have attached an image of the round out I am trying to achieve. 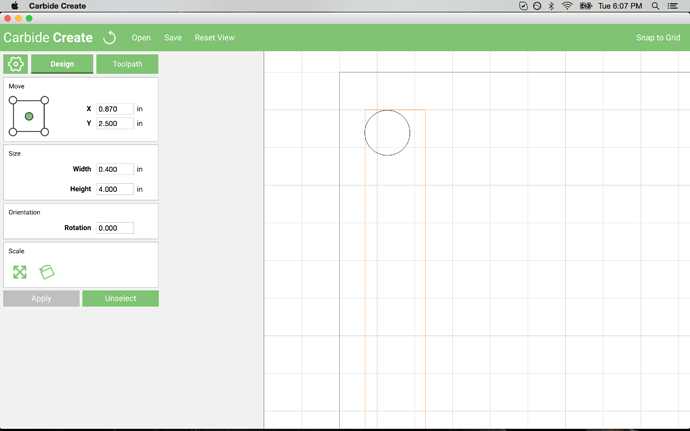 Hold the control key while selecting the second shape.

You want to draw that differently — use two rectangles creating a notch, then draw the rounding circle, then union.

ok so if i understand, make a square overlapping the exact corner, then a circle inside that square? Sorry very new to this so stick with me.

As for the rectangles, how should they be overlapped? Images would be amazing if it’s not to much to ask.

Either way thank you so much.

Nice thing about this technique is one can preserve the shape, duplicate it, and reuse it.

Two overlapping rectangles and a circle and unioning

AHHHH, ok now it makes complete sense. Thank you so much, I owe you a brew or two :: )