Hi! I wanted to show you a little test I did. I designed a very very basic chopping board, with few features. 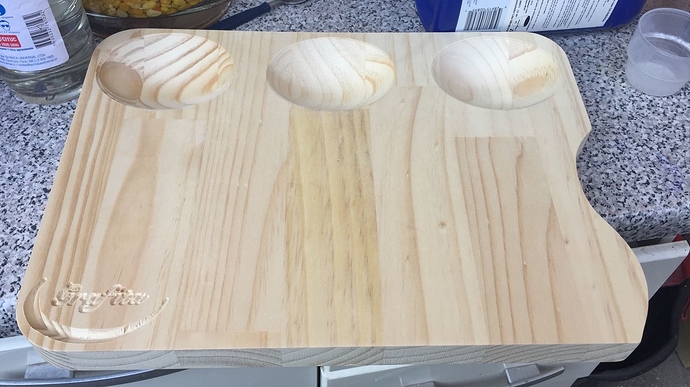 As you can see, the three rounded pockets I made have different borders. The one in the left looks the worst, with very visible unfinished borders. The other two looks relatively similar.

You can imagine that all of these are exactly the same on the vector design, exact clones of each other. And in artcam, all three were run using the same toolpath, and on the simulation none of them have any visual uneven borders.

What could I be doing wong?

Nothing wrong I suspect, just the natural grain of wood and the difficulties of working it without tearout, especially for a shallow cut like that. Experiment with feeds and speeds and depth of cut — maybe leave a roughing clearance and take a finishing pass w/ a HSS endmill?