Left my machine on overnight and it looks like the driver for the z axis motor went caput. Unless there is a trick for reviving it I was going to see about howto replace it. Anyone have a link to the GRBL board to get a replacement?

Was able to verify its the board and not the motor by switching the x and z lines. The z axis motor initiallizes when plugged into the x axis and the x-axis motor then does not respond or humm. I imagine that means I overheated the GRBL pbc. (almost hoped it was the motor since they can be amazon primed ha)

is there any other long term running damage I should be worried about? Apart from keeping the machine from running over night what else can I do to keep the board from frying next time? Looking at probably getting a fan for it. (is there a way to attach a cooling fan to the GRBL and power it there?)

The launch editions had a fan, but that was dispensed w/ as redundant due to the board being bolted to a heat sink.

As you probably know, the stepper motors work their hardest when maintaining position.

The replacement boards are on a hidden page in the shop. Please contact support@carbide3d.com and we’ll see what we can work out.

On a few occasions I’ve had to get out of bed to go see if I left the oven err I mean CNC on, and on more than one I had. May need an obnoxious blue LED on top when it’s on.

I’ve accidentally left my S3 on overnight a couple of times. The motors were warm but otherwise everything is A-okay. Is there a risk of damage if the machine is left on overnight?

I never shut my controller off. Should I?

You might carefully check all of your wires, I had a burned pin on one of the molex connectors on the motor wires. Replaced the motor and all was well. 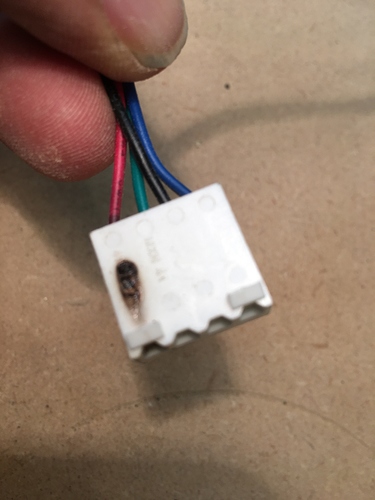 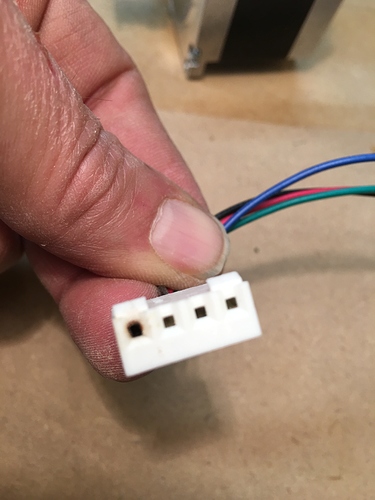 Awesome! Talked with support and got it all figured out. Will, whom i don’t believe sleeps, got back to me in like an hour. I appreciate the advice. Hopefully the motors are still happy after all this is said and done. I think my issue was that I removed the board from the frame and attached it outside my housing. It is still attached to the aluminum plate but that is all. I need to get a fan or something in there with it now probably. I assume that the aluminum frame it was attached too also leeched some of the heat away and now that its not there it doesn’t bode as well.

Correct. The logic behind doing away with the fan was that the extrusion functioned as a suitably large heat sink. If you don’t have it bolted to that mass, then you need to add a fan or some sort of active cooling.