So this is a first for me. I just went to run a really simple file that’s just a patterned series of 0.40 holes 0.625 deep in some stock. 5 rows by 10 columns. The g code preview looks right from all angles, the preview in carbide create looks right as well. But when I ran it my Shapeoko 4 offset the file about 0.50 on the X axis and fully skipped one of the holes. 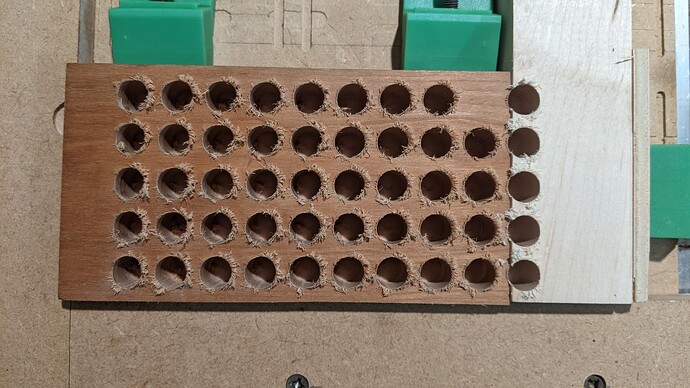 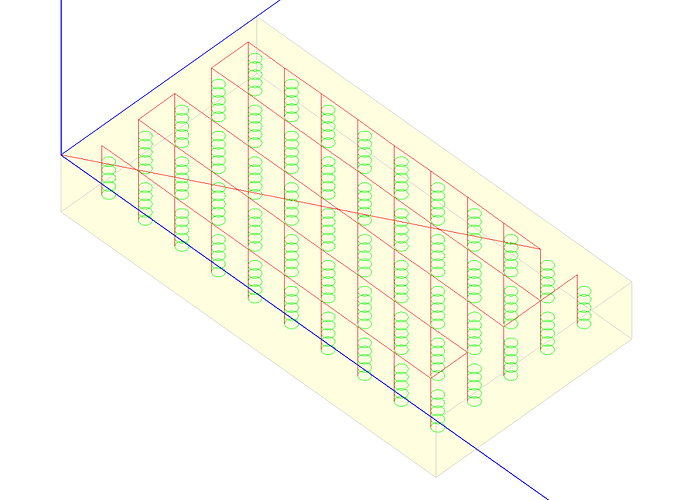 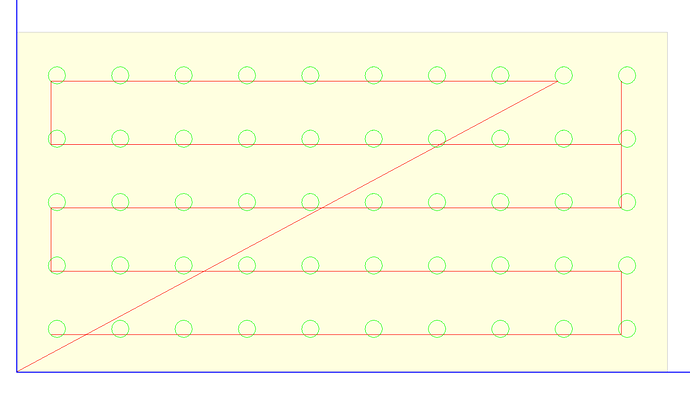 G code was created in Carbide Create and loaded into Carbide Motion from a .nc file, not directly from software to software.

Rebuild error? Did you re-size your stock and re-center your features at some point?

Did the machine get stuck mechanically while making the cut?

How did you set the origin relative to the stock?

First time running this file, stock is the exact same size as programmed.

Origin is set lower left in the file and set real world in carbide motion using a bit zero with corner probe cycle. Cycle ran right before the file. The machine didn’t get stuck mechanically anywhere. If you look at the toolpaths I posted it skipped the first hole it should have bored and went straight to the second. That blank spot in the photo should have been the first bore if you look at the toolpath visuals I uploaded.

This is my first time responding to an issue like this.
I downloaded your file, opened in CC, then hit preview and came away with this image. So I’m afraid I will not be of much help because there doesn’t appear to be anything wrong. 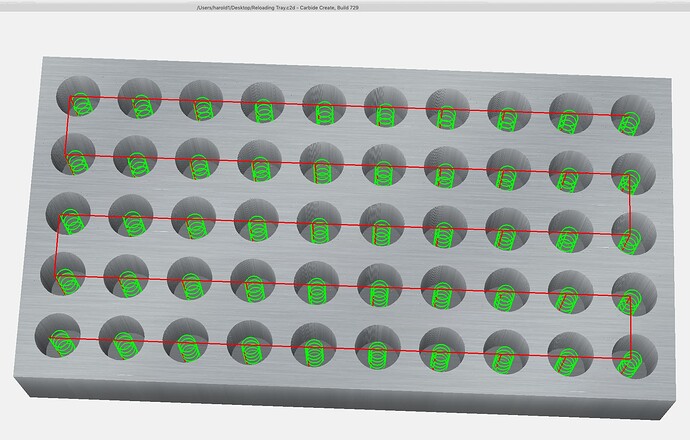 Right. The file is fine. I’m going to design the same file in Fusion later today and see how that runs. If it runs well I have a sneaking suspicion it has something to do with the macro that Carbide Create uses to create patterns using the square pattern tool.

The G-code previews fine and a 3rd party preview is correct.

Something went wrong during the cut, either mechanically or electronically.

Right I’m aware of that, I’m asking if anyone has any ideas what could have gone wrong electronically. There’s no mechanical reason that it would have just skipped that first hole and then bored everything else right. That was the very first hole and there was not a collision, there was no grinding or mechanical failures, it just skipped it and then developed an offset. If it were just the offset I would say that yeah something probably happened to mess up the machines real world position but that’s not the only issue present.

Usually a lost connection due to a wiring fault is accompanied by an awful noise.

Right and as I’ve said there was no unusual noise or out of the ordinary operation. There was no crash, and everything else in the real world test piece is fine. I watched the entire file run smooth as butter other than skipping the first bore and offsetting on the X axis. Bore size, depth, and spacing are all exactly as programmed.

One thing that you might try is opening the log in CM before running the job. If you run the job with an air cut, you should see CM sending each line of gcode to the machine. Although there is probably a lot of data, you could match that up with your nc file to see if a section of code did not get sent.