So one of my belts was starting to stretch and curl, so I ordered the maintenance kit. I decide to replace both of the Y axis belts and so I decided I might as well go ahead and replace the pulleys as well. So I removed the 2 set screws and tried to remove the first pulley. It did not move at all. I ended up having to take a prybar, place it behind the pulley and against the stepper motor mount and BANG, A LOT. I hope I have not ruined the motor. Once the pulley was off I could see what looks like red Loctite on the shaft. Why would there be Loctite here? The set screws take care of that job (they did not have Loctite). So I took some 1500 grit sandpaper and worked to remove the material. Then I tried to install the new pulley. Well, it doesn’t fit, that is to say I can not push it onto the shaft. This should not be an interference fit, it has set screws, one of which lands on a flat part of the shaft. I have sent an email to carbide, we will see what they say. This is pretty frustrating and I am dead in the water over what should be a few minutes of work. Just a warning to you guys out there. Anyone dealt with this?
Peace

The spare pulleys are only included against damage or for Launch Edition machines so that one can upgrade to 9mm belts on a machine which had 6mm — it’s not intended that one change the pulleys for the sake of doing so.

Wow, that was really unhelpful. You did not address any of my problems. 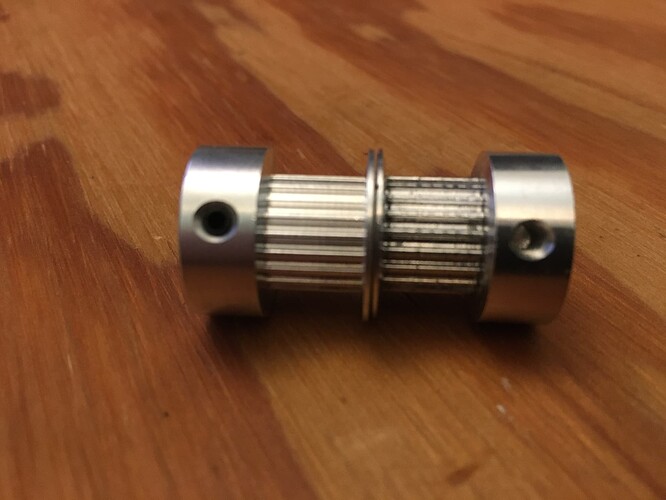 IMG_34111920×1440 108 KB
I didn’t decide to change the pulleys for fun, the old one that had the stretched and curled belt showed significant wear. Picture included.
And so you are saying I bought a kit that included hardware that was never meant to be used?
I know text communication often leads to a misunderstanding of tone, so I am going to give you the benefit of the doubt here and ask for further explanation.
For those of you interested in solutions, a little more sanding of the Loctite on the shaft and I was able to get the new pulley on with only hand pressure. I but some blue Loctite on the set screws.
Peace
WillAdams (William Adams (Carbide 3D)) June 16, 2022, 7:04pm #4

Yes, for your situation, you need to replace the pulleys. Glad to hear you managed to get things swapped.