I wanted to make a sign for a buddy of mine who has a bbq truck as a gift. I attached their “logo” below. The lettering won’t be an issue, just not sure what to do with the flames. Doesn’t have to be an exact representation, just haven’t had a decent idea yet. Thanks for the input! 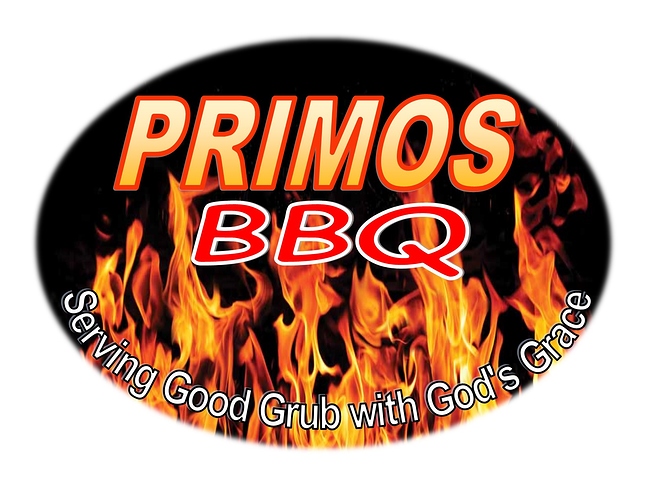 What software are you using? If using VCarve Pro or Desktop, I’d make the flames on a lower level with the text on a level above the flames.I don’t think you can easily do that with Carbide Create, but I could be wrong.

Since it’s a pixel image, the most straight-forward thing to do is to re-colour it so that it would work well when cut by a depth map.

MeshCAM Pro/Art has specific features for that sort of thing. The free software option for this would be F-Engrave: https://www.shapeoko.com/wiki/index.php/F-Engrave

Alternately, explain to them that they need a new logo done in a way which doesn’t distort letterforms and created so as to be easily rendered in all the possible ways it might need to be used.

The high-tech thing to do would be to make a sign which masks off a screen which has a fire animation / video sequence playing on it, and superimposes the cut out lettering over that.

@WillAdams you’re the problem with the world you know that?

I’d replace the flames with basic vectors of flames, set them as carvings deeper than the lettering and the hog out the rest. So your lettering would be at height 0, background at height -1 and flame recesses at height -2.

Probably use Fusion for this one. Will, love the digital display idea, but too much in my time frame this year. Maybe next years present :). Thanks for the ideas! I will draw it up and see how it looks.