For Pi4 lovers I saw they released a new Raspberry Pi that is enclosed in a keyboard for $70.00. 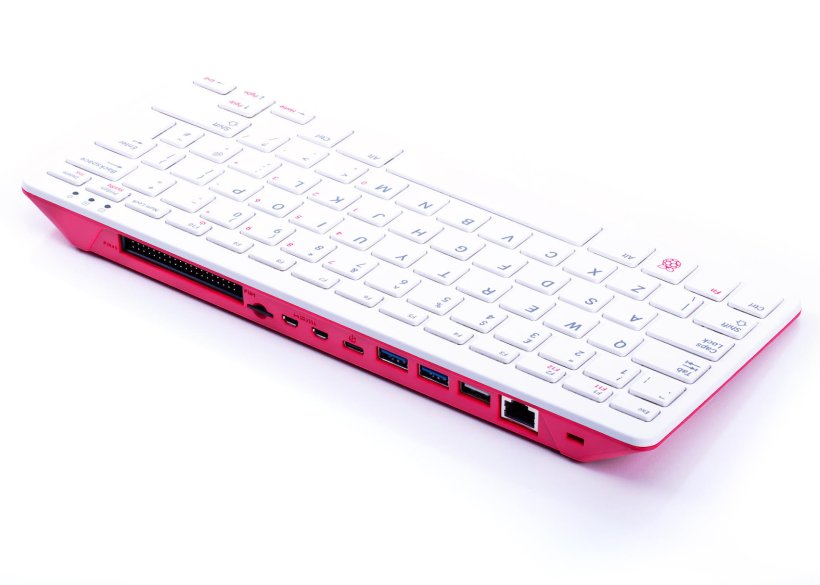 I love this… Can you run Carbide motion on a Raspberry Pi?

You can run other G-Code senders though.

There is developing support for MacOS under Linux, along the lines of WINE. However, it only supports command line apps so far… Shame, these Raspberry Pi machines are really good!

On Linux, I’d recommend CNCjs instead. It’s not as simple as Carbide Motion but it has a lot more features.

As such, it’s a matter of OS emulation but of CPU emulation since there’s currently no ARM port of Carbide Motion.

If they’d just designed it so that one could slot in a standard Pi, and replace it as new generations are developed, I wouldn’t’ve been able to resist one.

Yeah, that confused me too, especially given they have their compute modules. Would have been nicer to make a housing for those.

True but you can emulate x86 and Carbide Motion isn’t particularly demanding on the CPU so in theory it should work just fine if Carbide Motion supported Linux.

And there shouldn’t really be a need to “port” Carbide Motion to ARM. It’s a Qt-based application, so it should run wherever Qt runs (which is basically everywhere). All it takes is building the existing code with a few different flags.

I first thought it was based on the compute module.

Expressions such as “in theory” and “all it takes” often overlook significant complications.

Sometimes that’s true, sure, but in my experience (I’ve done this in the past), this kind of application should be dirt simple to build for ARM on Linux.

When the application just uses Qt (which IIRC was the case for this when I looked at the Linux build), it’s a fairly simple matter of getting the libraries and telling the compiler to target ARM instead of x86 (or just building it on an ARM PC).

When there’s difficulty is when the application has code for specific CPU instructions (common in, for example, image processing) or depends on some proprietary library. Neither of these should be the case here.

I think if I needed this, I’d just make a chunky keyboard case and shove a Pi in there.

Yes, but one day someone who has purchased one of these will want to update the CPU — it’s a shame that they have to buy a second unit rather than doing so.

Obviously I was quite taken by the NeXT architecture of a passive backplane and a case one could buy once and then replace the motherboard in as needed — I can see my Cube from my desk here, and I’m quite sad that I don’t have room to dedicate a corner to having it set up as a monument to a time when personal computing was fresh and magical.

It’s nice of course that NeXTstep lives on in my MacBook Pro, but it kills me that so few apps are coded using “Yellow Box” (blame Microsoft’s Bill Gates for the naming — when asked if his company would develop apps for NeXTstep his rejoinder was, “Develop for it? I’ll on it.”) but it kills me that Rhapsody played out so poorly and we lost apps such as:

Regarding the compute module, they explained it in a blog post:

Why not the Compute Module?

Some folks have asked us why we did not fit the Raspberry Pi Compute Module inside. The reason is that above a certain scale, it generally makes more sense to go with a custom PCB rather than a module with a carrier board. With hundreds of thousands of Raspberry Pi 400 units in the first instance, we are above that scale.

No iOS devices here — can’t stand the idea of the walled garden of the app store — the Apple Pencil and Sidecar do make an iPad tempting, but I still prefer Wacom EMR and the more direct usage of it on my Samsung Galaxy Note 10+ and Book 12.

A friend of mine in San Antonio makes lots of devices from pi. Every thing from deer feeder timers to monitoring his Colorado vacation house for temp and other enviro conditions and wireless sends the data back home.

I would love to see CarbideMotion ported to Linux, especially if it’s built on a platform that simplifies it. The thought of plugging the CM board a screen and a mouse into something like that keyboard is very attractive
@robgrz is a linux port something you guys would consider now or is it still off the table?

I do like CNC.js for it’s flexibility and ability to run macros, but think there is merit in running CM