Newbie Advice - Is this a good set of toolpaths?

Hi,
While I wait for the correct collet to arrive (I got a 1/4" one rather than the 1/8") I though I’d play with some designs using the 201 endmill I ordered.
I designed a simple trivet and set up the tool paths to pocket out the cuts I wanted to make at 7mm rather than using a contour cut (I’ve read slotting is bad).
Is the attached Carbide Create file a sensible set of tool paths? If not I’d welcome any suggestions, I’m very new to CNC but reasonably good with a 3d printer and a laser
Thanks
Dave
TrivetWithToolPathsThisTime.c2d (888.6 KB)

The file you uploaded doesn’t have any toolpaths: 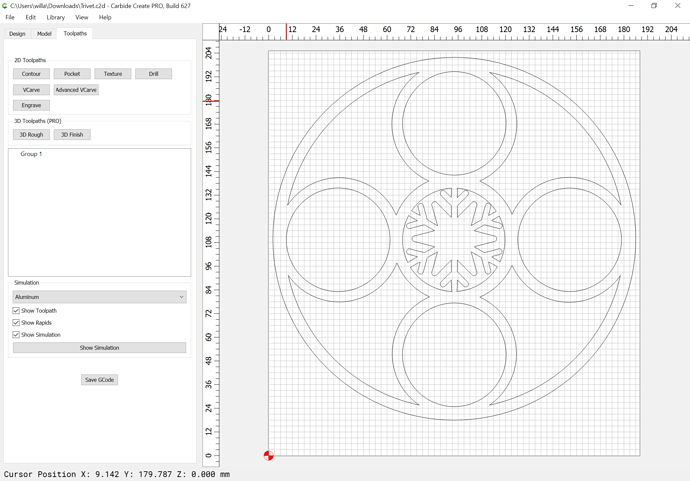 Whoops, I must not have saved it, reuploading a new one!

The toolpaths themselves are ok, but I’ll just a few notes: 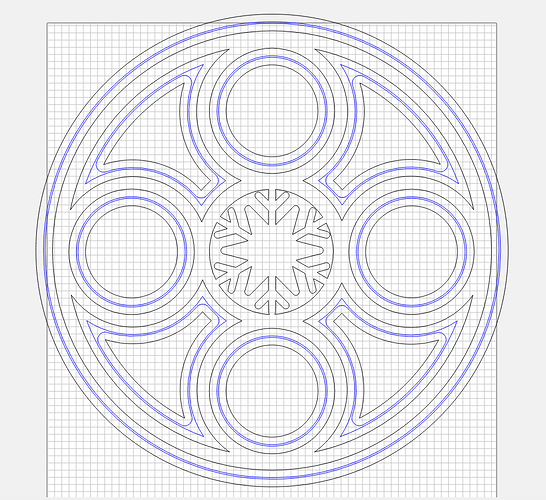 Since your first toolpath goes straight through, you will end up with 6 inner parts that will be cut loose from the stock once the job is finished: 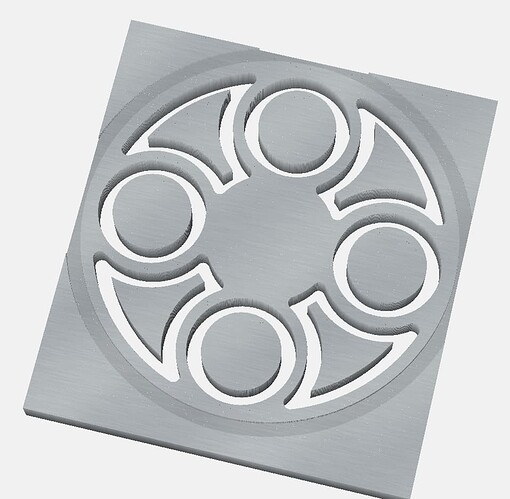 Depending on your workholding solution, that could be a problem. If for example you are only using top clamps, those inner parts will not be attached to the wasteboard and will fly away during the last cut pass, which can be a recipe for disaster. For such a design, you would either add tabs to that toolpath (you would then cut the parts loose manually afterwards), or use double-sided tape or tape&glue workholding, such that they would be held in place on the wasteboard.

While slotting is “bad” (in the sense that it maximizes the load on the machine and reduces chip evacuation) and should be avoided whenever possible, I will note that if one is using a very conservative depth per pass like is the case here (0.5mm, and assuming you are cutting wood?), you would get away with it. Slotting becomes a real issue when one cuts at a depth per pass that becomes a significant percentage of the endmill diameter

Thanks for the tips, I am cutting wood so I think I’ll switch to a contour cut rather than pocketing it (much faster) and I’ll add some tabs to the non circular cutouts. The rest should be held down by my tape (I hope)