Fellow Carbides, I recently came across this software which does some pretty sweet converting in order to turn a normal photo into something that can be cut. Below is a list of the post processors available within the software. Can you guys identify if there is one that would work with the Nomad? Thanks.

@MechanicalGoose, I can’t answer your actual question, but I will point out that stock MeshCAM does a good job of carving lithophanes: http://grzforum.com/viewtopic.php?f=4&t=446&p=5030

The only thing that MeshCAM can’t do is diagonal machining passes–just X and/or Y.

For the V-groove effect you should be able to use a 60-degree bit, and when you import your bitmap choose Black is Z+, and set a bitmap depth of .866 times your desired stepover. On black areas, the cutter will just skim the surface, and on white areas, successive passes will just touch at the surface. This counts on using a light workpiece that you’ve painted or otherwise colored black on the surface. If your cutter is 90-degree included angle, the bitmap height when you import would be .500 times your desired stepover.

At least that’s theoretically how it would work. I just tried setting up that job in MeshCAM to test using my bitmap from the link above, and a V cutter of .005" tip diameter and 60-degree included angle and a .050" stepover (thus .0433" bitmap height). I got the error message

But if Robert would remove this limitation, MeshCAM should be able to do the V-groove cutting, given the horizontal and/or vertical passes only.

Thanks Randy. I will do a little more digging based on your comments. I found the link below that shows an example of one of the things I’m wanting to try and do. What’s being cut in the video is one of the trial files included with the software.

If someone has a Vectric product I would be happy working with them to come up with a post processor. It’s usually only a few hours of work to get something up and running; a few more hours to optimize it.

Has anyone used PhotoVCarve with the Nomad?

If so what did you use for settings/Postprocessor?

I have been playing around with Cut2d, and the file type that works with CM is:

I tried a bunch of them, and finally found this as an option. Looked to be pretty generic, and turns out it works - at least on a few test air cuts I did.

@robgrz I’m curious if other file types will work as well (can you tell from the list, Rob?), or if Ventric would make one specifically for the Nomad?

@mbellon I’m game to work with you on a post processor for Ventric products, assuming if makes sense knowing that the GCode mm.tap option works.

A tap file is nothing but a file with G code in it - nothing special. Other packages using things like “.nc” - there are all the same.

Which Vectric products do you have? Ideally, VCarvePro is the central product to start with (especially since Aspire is so expensive) but we can start with one of the others.

The Nomad is a pretty easy machine to work up a post processor for.

OK, not a problem - the post processor for VCarvePro and Cut2D are the same.

Sent you some messages.

I’m considering VCarvePro and PhotoVCarve. I have an X-Carve as well as the Nomad and they already have a post-processor for it for PhotoVCarve but would like to do smaller items in the Nomad. Not sure what I can do to help but let me know.

Darren and I are setting up for a few tests before we try out the post processor. If things go easily we will have a post within a day or two, if not, a few more days. We’ll have a formal Vectric post processor for the Nomad - no compromises.

I’ve owned and used the Vectric packages (I eventually outgrew them) but I can tell you they are some of the easiest to use and capable 2/2.5D CNC programs around.

Links to discussion of those here: http://www.shapeoko.com/wiki/index.php/Commercial_Software

Thanks Will! Didn’t know about that one. Let me check it out and report back.

That post Will pointed to is Shapeoko specific and doesn’t manage the spindle (i.e. on/off, RPMs) nor tool changes. It doesn’t use some of the newer capabilities of the version 7.5 and 8 codes.

The one I’m working on does manage the spindle and tool changes. Otherwise the one Will mentioned is remarkably similar to mine - no surprise - GRBL is GRBL.

We’re testing now. Darren is providing feedback as quickly as he can. I hope to post the post shortly along with a testing procedure for Nomad users. Later we can extend to Shapeoko.

While mbellon is working on a nomad specific post processor, I have been experimenting with existing pp’s in cut2d and found one that works.

It’s the Xcarve processor. In fact, I was using this as the machine option when I was creating cut files on easel.

It’s yet to be seen if it cuts all in one direction (so not switch between climb and conventional, which Easel was doing) but I did a quick air cut and it seemed to be working fine.

Of course I can’t wait to get my hands on a nomad specific pp, but it looks like this will work in a pinch for me.

An update - I just ran a successful cut on my nomad using Vetric Cut2d with the XCarve post processor. In fact, the cut took 27 minutes; when I was using the Easel post file, the cut took 47 minutes. So the code is much more efficient coming out of Vetric than it was coming out of Easel.

I was also able to put tabs exactly where I wanted them. With Easel, I wasn’t able to choose where the tabs went, only their length and thickness. Easel put tabs in bad places (like right on curves!) So Vetric has made finishing a whole lot quicker as well.

I’m excited for @mbellon to develop a nomad specific post processor! Can’t wait to see how awesome it is

The testing is going well. We’ve resolved all anomalies and Darren is testing. I’m awaiting his sign off before posting.

The post enables tool changes, spindle speed changes, and spindle on/off… a little bit more than other things out there. It uses the circle capabilities of the Nomad (G02/03).

It works with the versions 8.0 release but should be fine with the older version 7.5 release. It handles VCarvePro and Cut2D. There is no need for Cut3D as anyone with a Carbide3D has MeshCAM.

Aspire will need to be tested separately by a brave individual. It should work…

PhotoVCarve requires a modified post, one derived from the one for VCarvePro/Cut3D to remove all references to arcs and circles. Apparently PhotoVCarve is in a world unto it’s own.

SUCCESS! Much thanks should go to the Darren and MechanicalGoose. 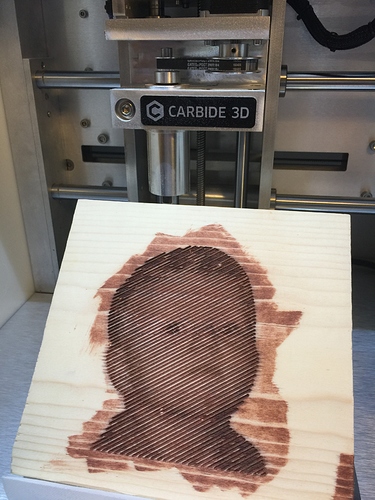 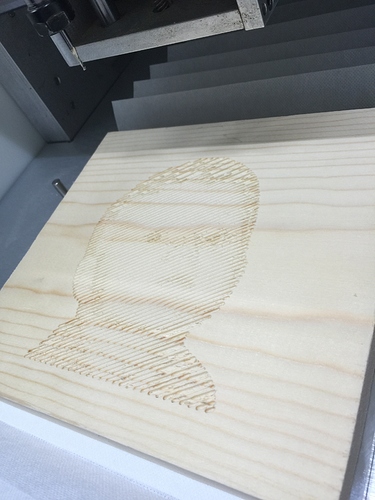 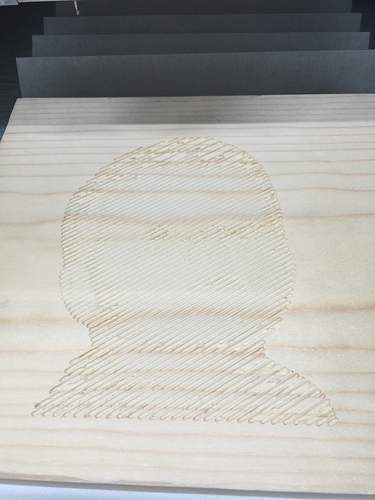 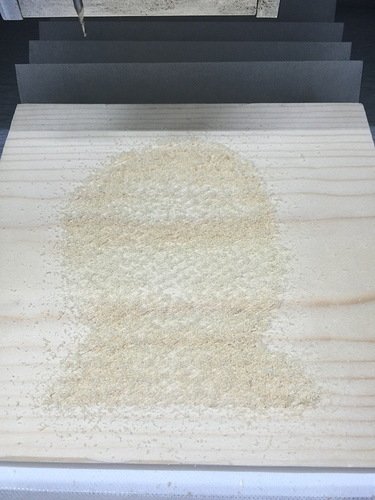 There are two Vectric post processors for the Nomad 883 and Nomad 883 Pro.

They should be treated with some suspicion until we get additional feedback that others are satisfied with them. Be sure to run air passes and keep your hand near the E-Stop the first few times a job is run.

Millimeter versions can be created by editing the files, changing the G20 to a G21 and saving the file under a new name.

I can’t seem to attach them to this message and I don’t have any WEB accessible storage so I have to figure out how to make them universally accessible. Until then, message me with your private email and I can send them to you.