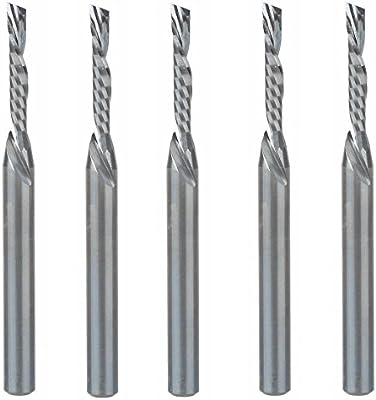 heck yes; I moved from Europe to the US a decade ago and this metric/imperial mixing scrambles my brain.

But 2mm is sort of a sweet spot for me; it gets much finer details compared to an 1/8" endmill, but 1/16" endmills seem to be much more fragile and unforgiving and end up in much much longer cut times… the 2mm size seems pretty strong against small mistakes/etc while still getting good detail and reasonable speeds

Well I guess it may be worth a trial at that price. In Canada, we have a foot planted in both system, I get that but the way these endmills are presented, I had to do the conversion on the shank size before I realized that it was an 1/8in shank.