Planning on making this in brass, so did a quick test where I had a file for one face and then just turned the stock. I wasn’t too careful about it, but learned a lot. Clearly need to index better with the real thing, going to get an edge finder for that. Plus chatting with @mbellon helped a lot! 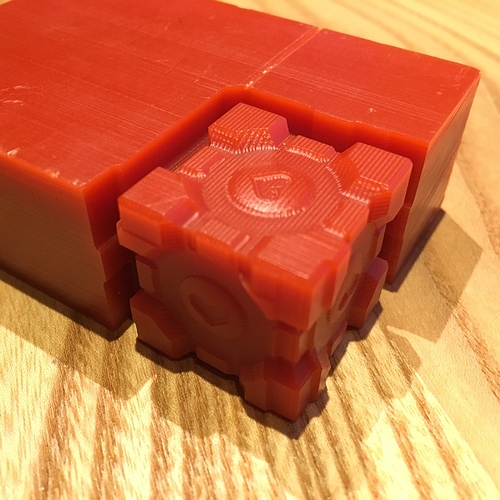 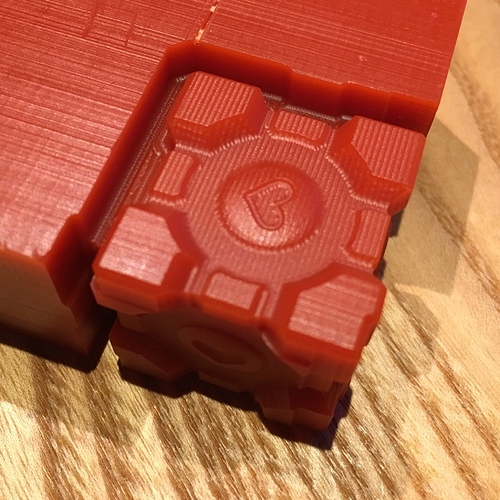 Machine a Portal gun and you can move them around!

how did you emulate a 4th axis / rotation registration for this?

I just re-indexed x y and z from the three outermost edges each time, and made sure it was flat on the bottom of the vise. Was a bit lazy the first times, so they’re off, but the last time I was careful and got excellent accuracy. Easiest with a shape with mostly flat sides where you don’t machine the top (so you always have a reference) With nonflat shapes, maybe one could leave tabs out for indexing that you could file/cut off later?

VERY cool — thanks for posting it!

See, that’s what I need to do. Very cool and keep sharing!

Oh also: in this case, starting with a perfect cube is key.