I need to bore an odd sized hole in particular spot in a piece of thin 6061. Then I need to do it 199 more times. Is there a way to simply re-run a job without the carriage dance where it re-homes and re-checks tool length? It would be a 20 second cutting job, but the need to intervene, press buttons, and verify things that are exactly the same from the previous identical part is taking way longer.

It seems like it would be a simple thing to add to CM. If a job completes successfully, pop up a new button that says “Re-run Job With Identical Tool Length and Zeroes”. That simple feature would allow the Nomad3 to work more as a piece of production equipment.

If this isn’t possible, is there a hack to the Gcode that will do it?

SInce you asked…it isn’t pretty, it’s tedious to do the first time), but when I make clamps, this is what I did.

I have two setups (There is (was?) a feature in Fusion 360 to add multiple setups (using an array) in the Manufacturing tab (there are a few Youtube videos (NYCCNC) that explain this feature). One setup is on the left and one on the right (I use vises with stops to locate my stock).

A bit of a pain to setup since the distance between the two vises is predetermined in the program, so you need to make sure the actual distance is exactly what you programmed. This would be SO much easier if we were allowed to use work offsets like we could way back in 2016…anyway.

Once setup, I remove the rehome (ref G28, or X0, Y0, and M30 M05, M04, etc) from the end of then cut and paste the program so it just repeats several times ( in my case six times (each) so I can make 12 clamps per run before needed to restart the program, but this number could easily be 200, since it’s just a case of cut and paste into a text editor.

Note: If the program is fast, and doesn’t allow enough time to safely load another part while the machine is running the other part (think safety here), a dwell or pause (M00) can be added to pause the machine after it finishes a part, to restart the CNC, you just click start in the run screen.

It might be able to use a loop and subroutine to accomplish this but I was never able to get a clear answer whether or not GRBL was capable of using them at the time.

Here is my setup: I hope it helped. 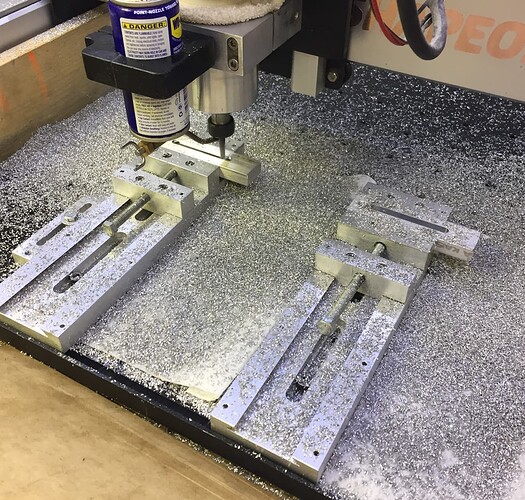 You could also change senders for this job with “gSender” from the source of this forum: https://forum.sienci.com/

Am I missing something that you are trying to do? I think it’s as simple as disabling the BitSetter in your settings. Try it once with your zero set up above your work piece to see if that’s what you want CM to do.

Grbl does not support loops/subroutines — it simply lacks the memory for such features — unfortunately, the site which noted that it had to fit in less space than would be taken up by a low-res pixel image of Billy Idol is off-line.

There is a pre-processor which allows the use of loops/subroutines (for the folks who are cool enough to understand them), Gsharp: 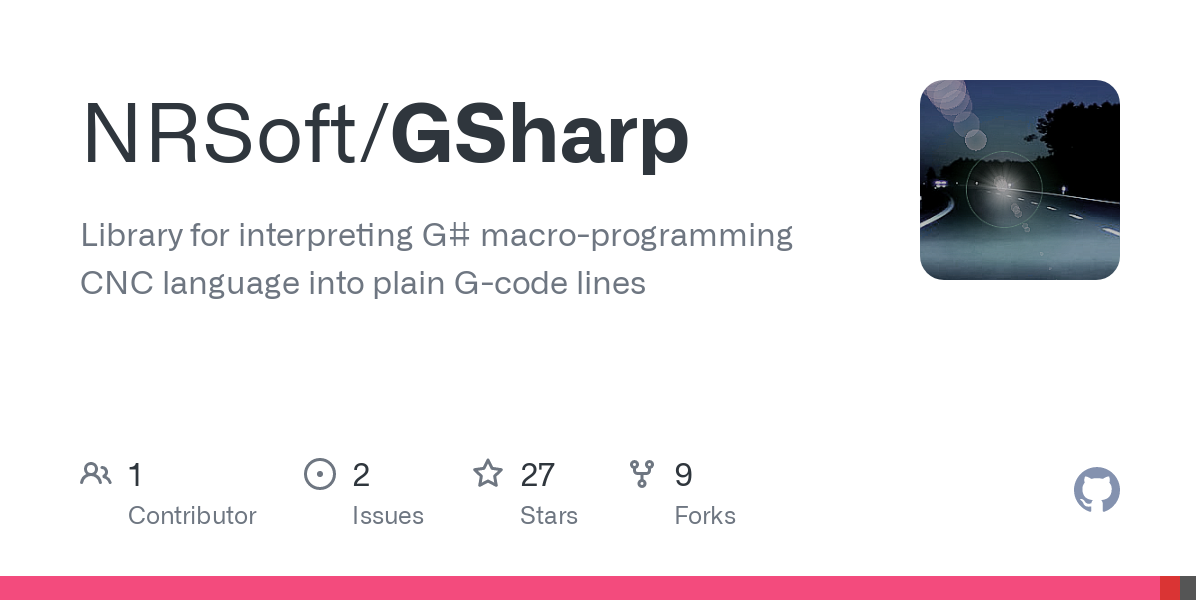 which is even integrated into bCNC, allowing the folks who use that system to quite naturally take advantage of them.

@RichCournoyer Hey Rich…I have to ask and no one else seems to be inquisitive so they probably know already…but what is that can in your (I’m guessing) dust mount?

That my WORLD FAMOUS WD40 Drip Can system that I invented a while back. Full details on the YouTube. Not only for WD40…just a nice way to apply a little bit of fluid on my material…safely.

While I didn’t say it directly, you CAN simply just cut and paste (a bunch of times) the “make one” program that you have to allow it to run and run and run.

You will need to modify the cut and pasty part first (I recommend that you lift the Z, move the spindle (back or to the right to allow you to get access to R&R the material/part)).

Cool innovation! I guess you don’t want to forget to shut it off for the night!

I have NEVER done that…(big rolling eyes emoji here). PS That also is why I only add a small amount to the can.

Here is my setup: I hope it helped.

What make are your CNC vises? They look nice, @RichCournoyer

They are @RichCournoyer make… First job, shop sign, Second job, Clamps, Third job…three beautiful vises…( I gave one to Carbide3D)…way back in 2016. Why make your own vise? Because nobody made a strong large (4" x 8") low design vise back then. Somebody NOW makes a nice robust steel and cast iron (ground) affordable vise…but Rob gets really unhappy if I post who/where here.

I take it that you are going to machine 200 separate parts. As someone else above said just disable the bitsetter in CM configuration after the first one is set up and run. The configuration does not have to be sent just uncheck the bitsetter. The bitsetter routine is run by CM. Now after the completion of each piece the router will go the back center and wait. So just set up your job near the rear center to minimize the dwell time for the router to come all the way to the front. You will still be prompted for the tool each time.

So set up your zero and have your pieces sit in a jig or L bracket so they are in the same place each time. Uncheck the bitsetter and do not send the config. Go back and run your job (single hole), The router will finish the gcode file and return to the back center. Place your next piece in the jig/L bracket and just hit start on the Run menu. You will be prompted for the tool, resume, and the second piece will be cut. After that rinse and repeat as many times as needed (200).

The only other way would be to lay out the job with 200 holes in a single piece of material, maybe fewer holes depending on material size and run multiple jobs., Drill all 200 holes at once, then cut out the individual pieces with tabs. This may be faster machining but longer because you would need to cut off lots of tabs. You could use the tape and superglue method but each piece would need to be stuck down to keep it from flying out when cut loose.