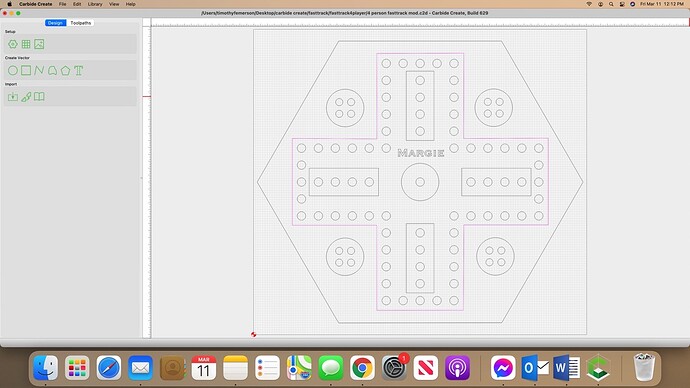 How can I radius the text to match the radius of the circle below?

Carbide Create doesn’t have a feature for this.

It might work to use the new Circular Array feature:

We appreciate the help we’ve gotten up to this point. And for the final update of the day, probably the week, we just uploaded 641 with Circular Arrays since it was largely a cut-and-paste from the Linear Array command. We’re glad to know that it’s getting used.

to rotate a single letter around the circle six times, then manually edit each to be the correct letter — it will be uniform spacing, but the alternative would be to either drag and rotate each letter individually or to export to an SVG, then re-set the text and use a 3rd party tool such as Inkscape:

you’d then need to convert the text to geometry using Path | Object to Path. 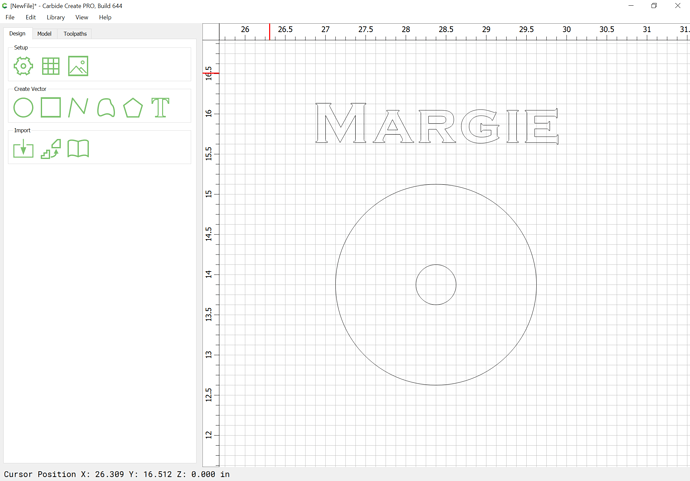 Edit the text so that it’s a single letter: 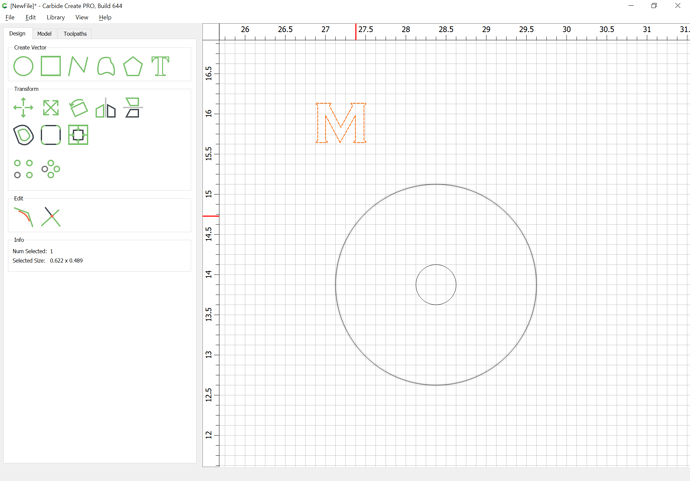 Horizontally align it w/ the circles: 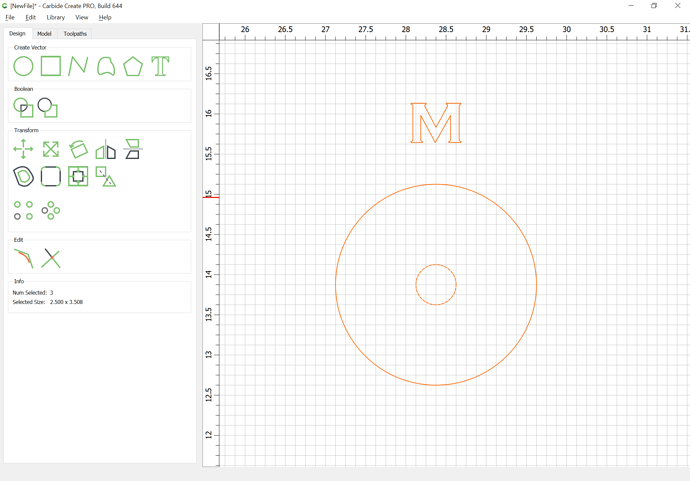 Select a circle and use the Move command to determine the location of its center: 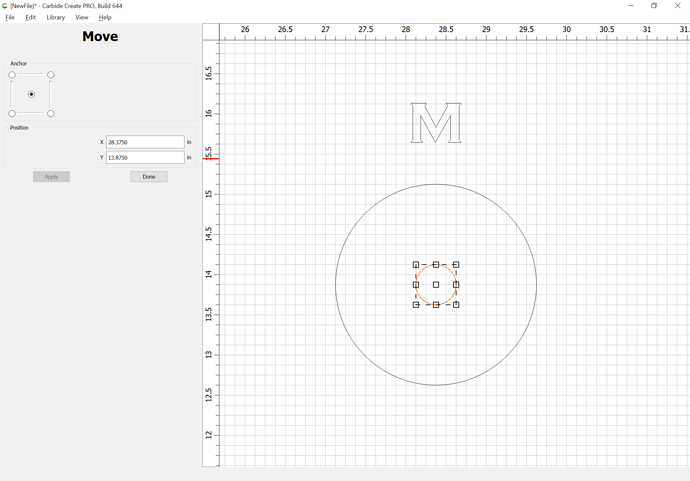 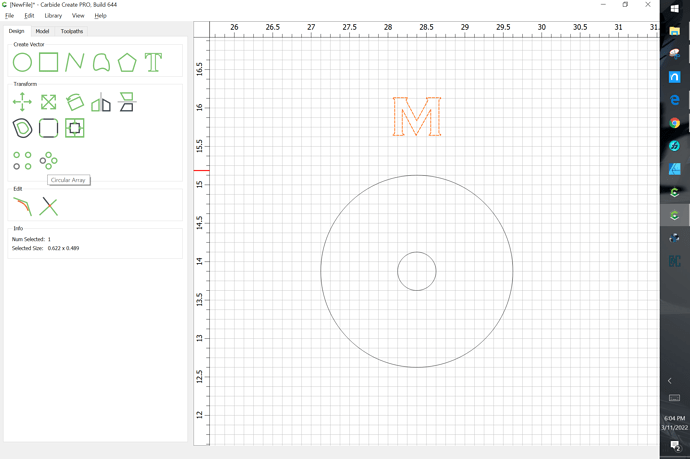 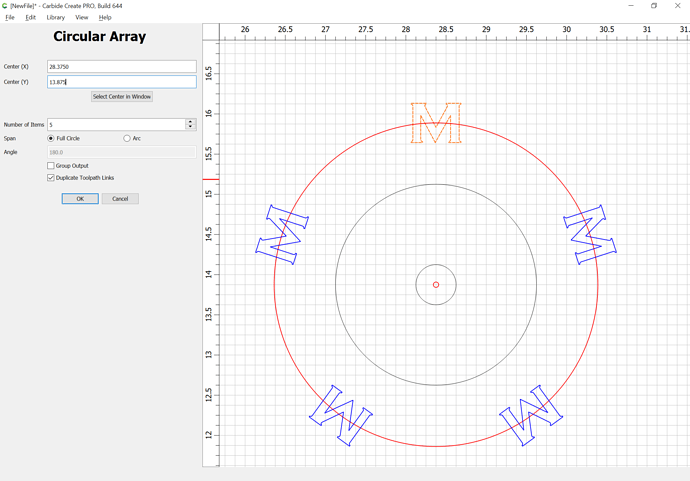 Change it to an arc: 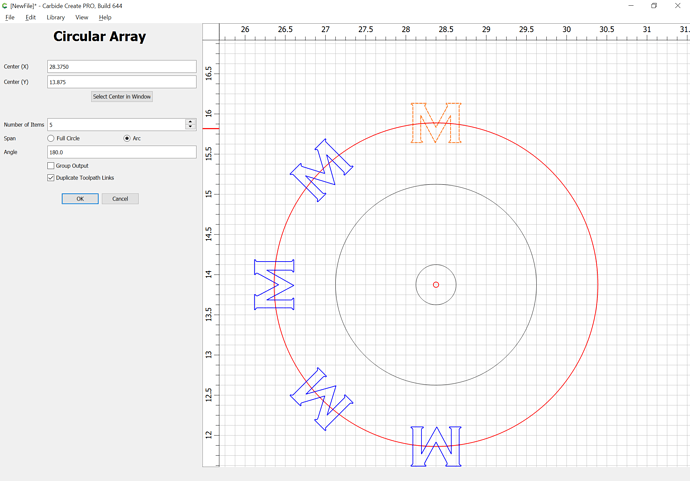 Adjust the parameters until things line up as desired and one has the desired number of items: 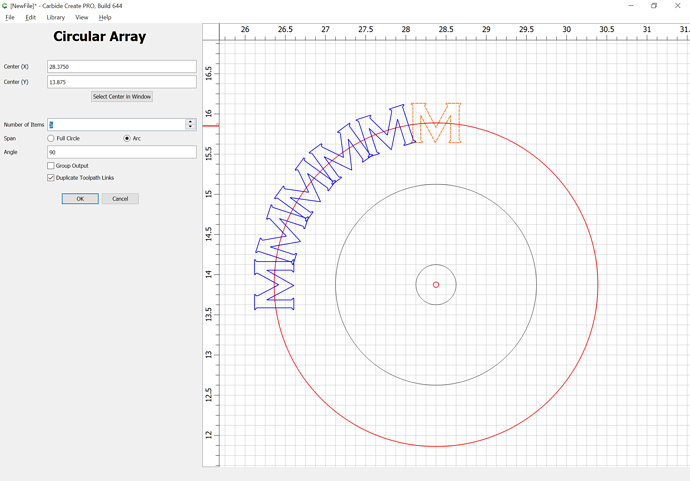 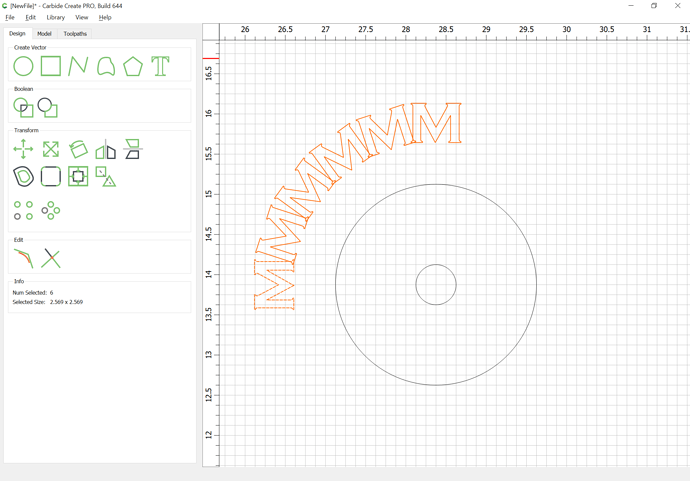 Duplicate and align one of the circles w/ the original so that it can be enlarged so as to be larger than everything: 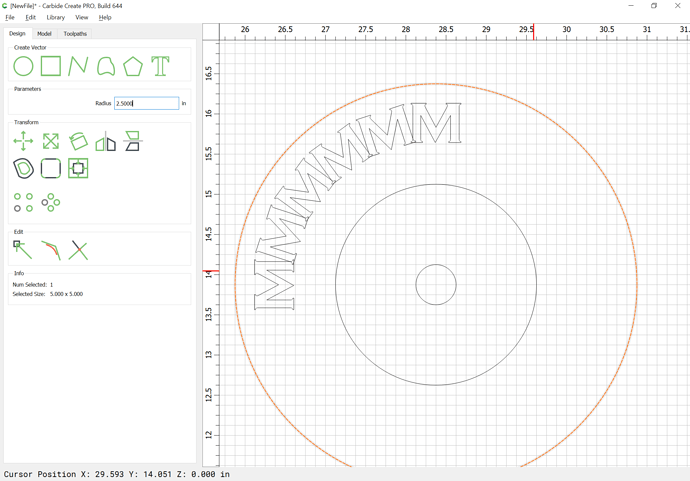 Select everything and rotate to finish the positioning: 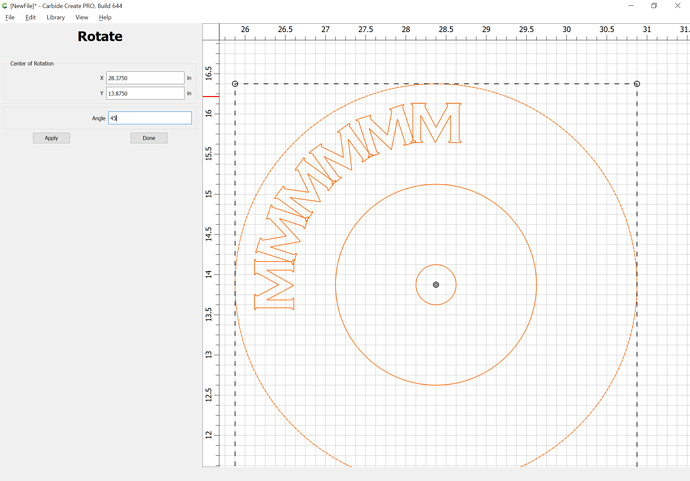 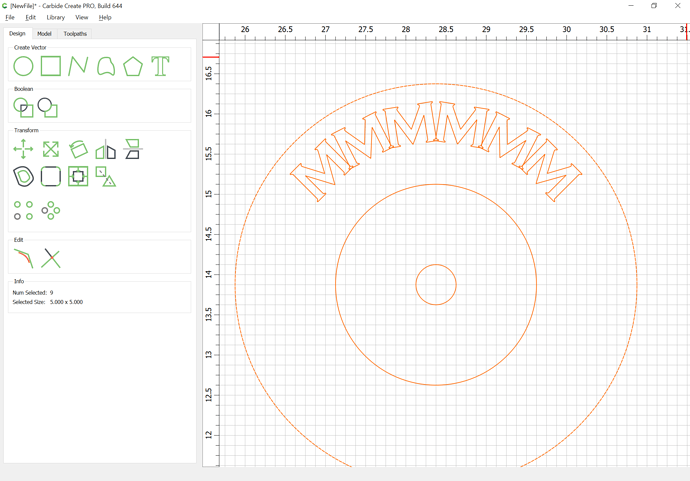 Duplicate each letter and align the duplicate w/ the original: 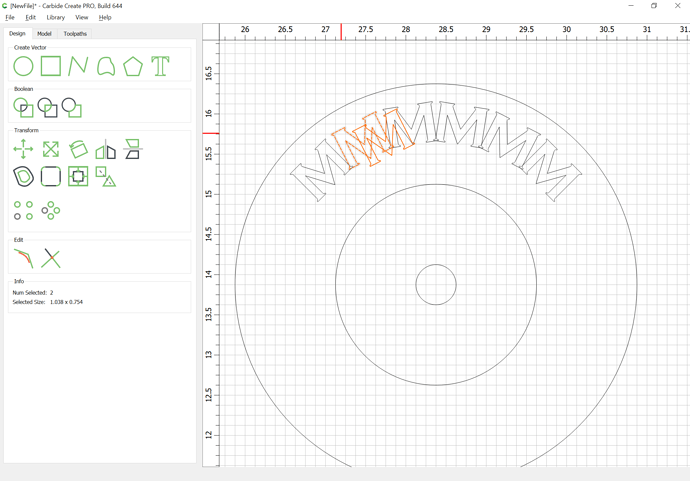 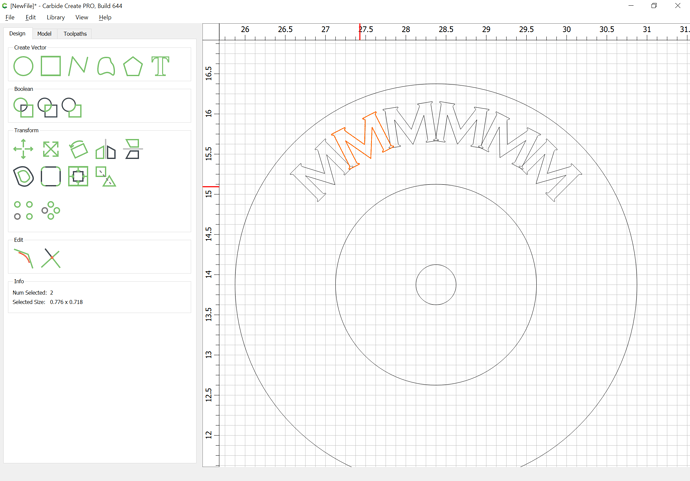 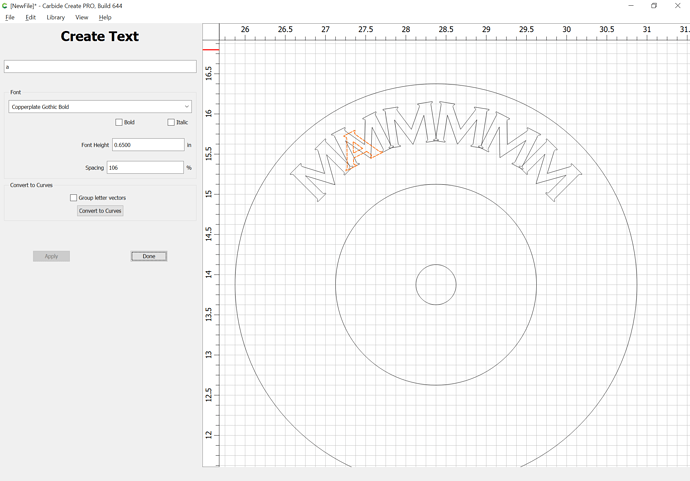 drag it into position relative to the original: 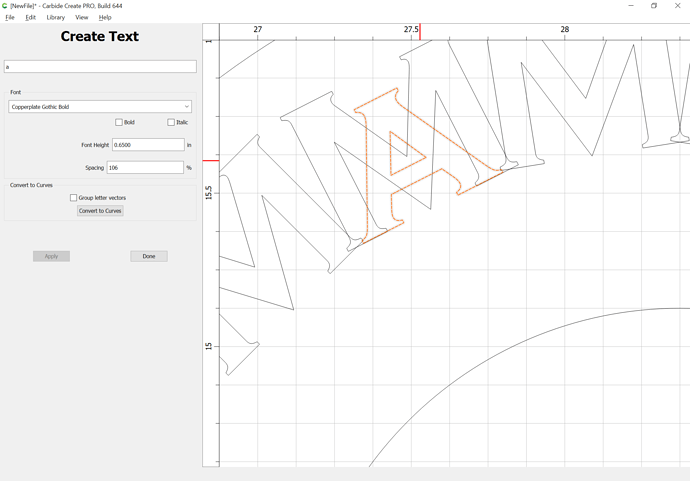 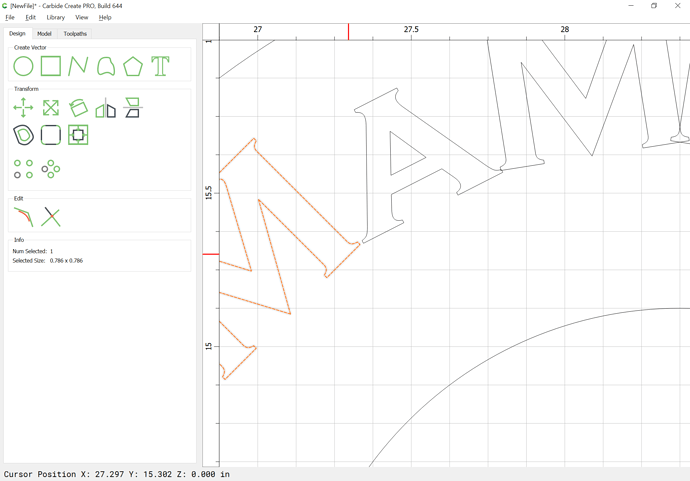 Repeat for the other letters: 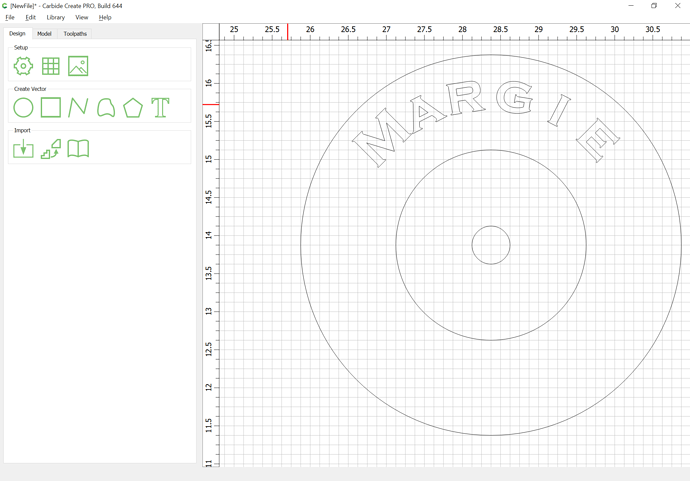 Select the letters and the outer circle and rotate as necessary: 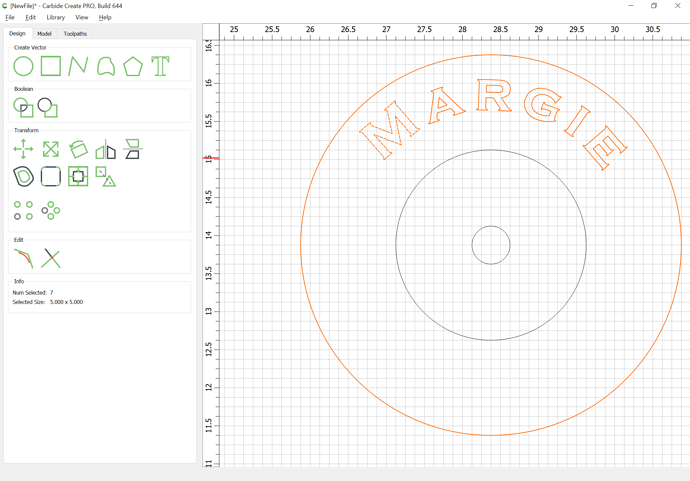 Wow, @WillAdams ! I just never would have thought of that! I don’t know if it’s brilliant or insanely brilliant!

Thank you very much!