Hello. I have owned a Shapeoko XL for the better part of two months now. I recently acquired access to Fusion 360 and want to try more complex projects like relief carvings. I’ve tinkered with the program and watched at least a dozen YouTube videos and read a bunch of stuff. Still lost. Help

We have a very basic page on the CAM, but it’s probably best for you to describe a simple task, and share a file with a basic description of what you’ve tried and in what way these efforts didn’t work.

It’s really about that easy!

Definitely don’t have the funds for that program on tap.

Are you trying to make the 3D model or carve one that you’ve found / purchased. Fusion 360 is more of a product design modeling solution. If you want to model a relief carving of a tiger, you’ll have to learn something different.
As @WillAdams said, give an example of what you’re trying to do. 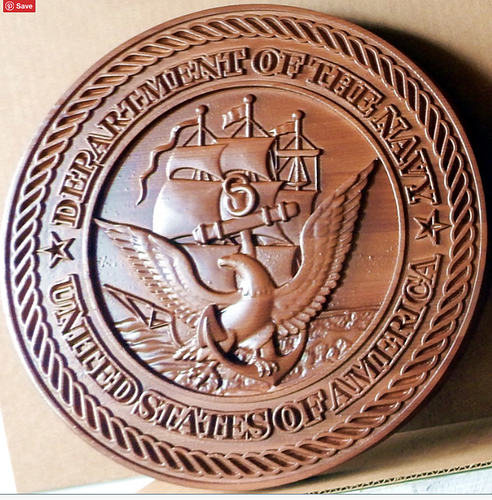 You’ll need to model that in 3D, then set up the V carving / profile cuts.

Do you have a file you’ve begun? How do you intend to go about the 3D modeling?

I haven’t began anything as I don’t know where to start to get the desired result.

will try to find it a bit later. there is / was a similar post with some explanations and guidance on how to start a project like this.

vector image should be here: https://archive.defense.gov/multimedia/web_graphics/

or another option for complex military devices: here: http://cncmilitaryemblems.com/blog/?p=484

Do you have any 3d modeling experience?

I’ve been developing a program called PixelCNC which makes it pretty easy to generate toolpaths for relief carvings - from images and models. There’s a growing library of ‘operations’, offering the ability to generate different kinds of toolpaths to produce different effects - or you can stick to the tried and true parallel milling toolpath and just use a tiny step-over size. Check out the video on the page:

PixelCNC: Fast and Easy CAM for Images! by Deftware Industries

Generate a variety of 3-axis CNC router/mill toolpaths from images and 3D models!

Sounds interesting. I will try the trial version