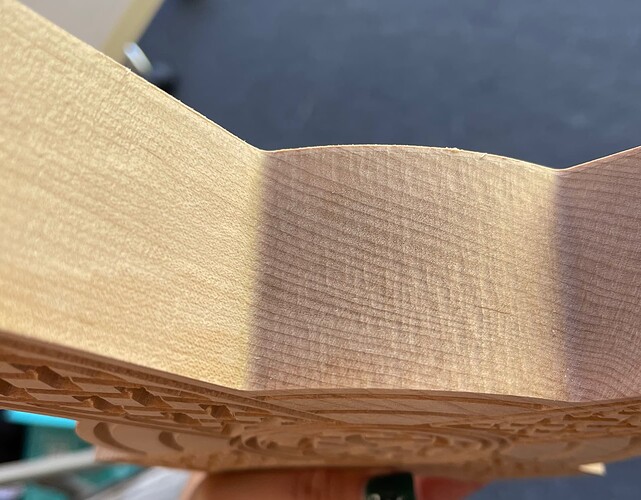 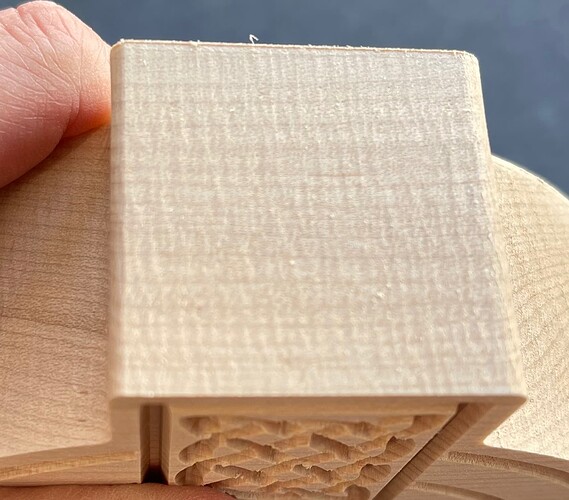 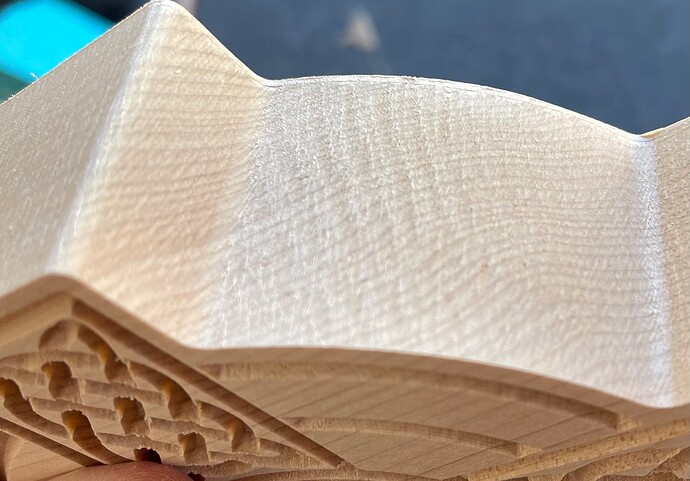 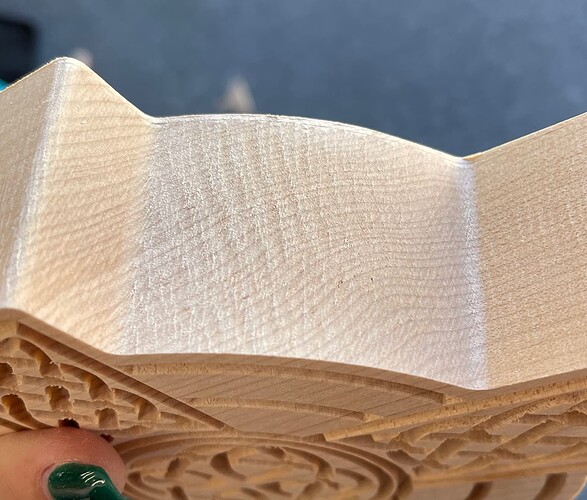 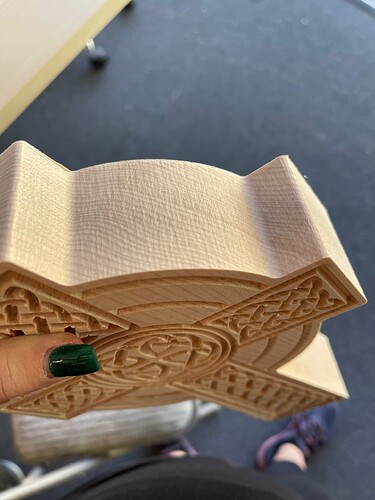 I’m noticing some odd, rough (I think that’s the word for it) results when I’ve been cutting on hardwood. If you notice in the pictures, you can see there’s not a pattern throughout but there are these grooves in the wood from the contour cut. The rest of the cut wasn’t bad (the v groove bit I used may have dulled a bit).

Anyone have any ideas on this?

What tool, feeds and speeds, and depth per pass are you using ?
Do you hear chatter during the cut ?

It may be the endmill deflecting/oscillating/bouncing off the stock slightly during the cut (in which case there are a number of possible remedies: reducing tool stickout, reducing depth per pass, and doing a roughing pass followed by a finishing/spring contour pass)

I’ve noticed this on a few of my hardwood cuts, but also the x/z gantry vibrates a little when it’s working along the x-axis. I’ve oiled (with the Vactra no 2) and cleaned but it just doesn’t run along the x axis as cleanly as it does along the y. I thought it could be the chatter, but I’ve worked with birch before and gotten super clean cuts using the same feeds and speeds, depth, and tool. The tool is pretty long (needs to be to cut through almost 2" of wood), but like I said, it’s worked before just beautifully. I did notice this occurrence when using the router (I’m now using the vfd spindle).

I’m also wondering if maybe it’s the gcode? The problem is, the grooves aren’t uniform on the wood.
Celtic Cross 1.nc (663.4 KB)

Soooo I guess I’m wondering if there are a bunch of issues that I haven’t been paying attention to. 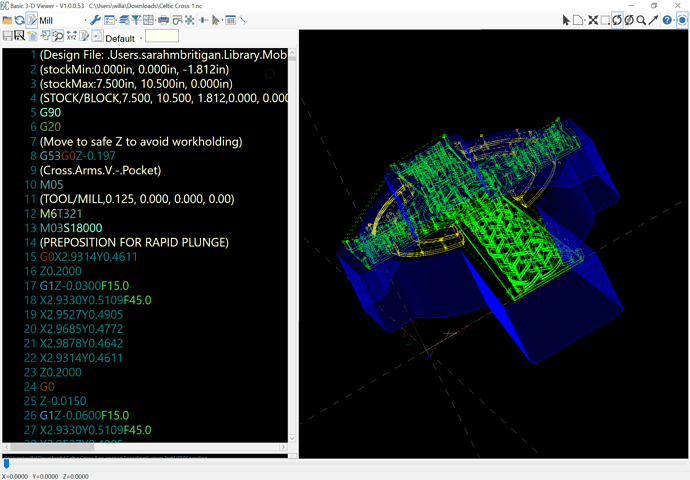 most likely the problem is tool deflection — the full-depth finishing pass should help w/ that.

Thanks! Good to know my eyes aren’t completely off. For the finishing pass, would I just do a wider offset to cut through the wood and then a smaller offset for the finish?

Offset a distance larger than the defect you are seeing, then make the finishing pass a full depth cut (note that you will need a tool which has flutes longer than your stock is thick).