Here is the latest draft assembly guide for the Shapeoko XXL.

Please use this thread to provide further assembly notes. I’ll try to roll them into the draft as we go.

Thanks Ed. I am hopinmg to start assembling mine today!

The Y-Axis Drag Chain Bracket Assembly makes sense and I have that attached.

The X-Axis though? Not quite sure how to attach it… I am on the same page. assy manual is a bit incomplete it seems:scream:

The X axis bracket gets mounted by utilizing the limit switch mount. Here’s a photo for reference.

It’s hard to see because it’s on the unpainted prototype, but I think you get the gist. Use the screws & spacers to trap the bracket. Note this is a rear view of the machine. 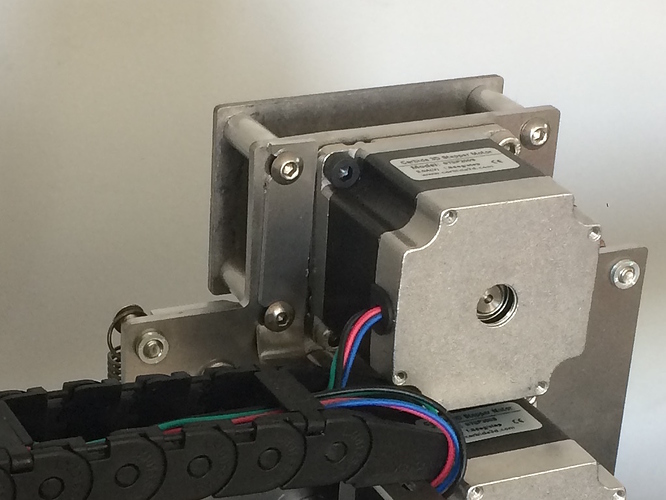 Does anyone have pictures or video of a fully assembled XXL?

I am attempting to assemble an XXL using the original XXL manual and your draft manual. I have too say that I am getting very frustrated and wasting a lot of time.

Please take a camera or your phone and photograph the latest version of the XXL completely assembled from all sides and place them in a response here.

Especially a photo from the back with detail of how the control box, wiring and drag train are mounted.

I have suspended assembly of what was once an anticipated and exciting project until I hear from you .

I too worked through some frustration assembling the XXL this weekend.
A complete assembly manual would have been helpful in determining where to put the drag link chains and belt installation, still don’t know if that is right.
I got it all put together, but one y axis wire bundle (73" from the packing list) is way too short. About 7-10" too short the way I have it set up.
I can not install the cover for the electronics and have the stepper motors hooked up at the same time…
The waste of time is frustrating, but it is nicer having a serial number rather than a tracking number!! Thanks Carbide team!! Now…Help please

I’m still having lost of issues put parts together without necessary documentations for SO-XXL. Please look at these photos and help if you can. Thanks. 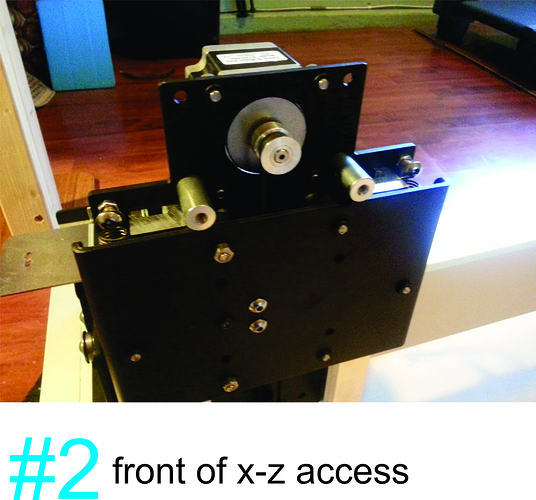 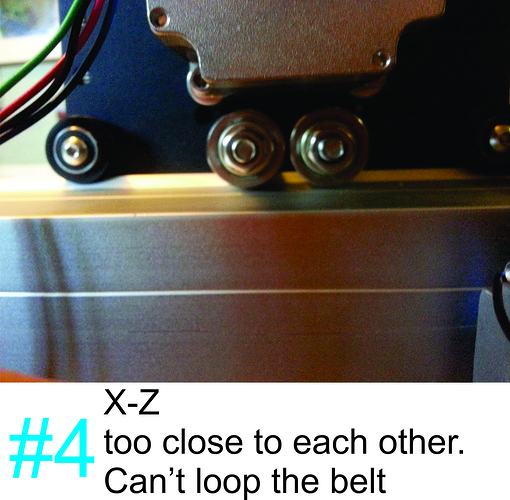 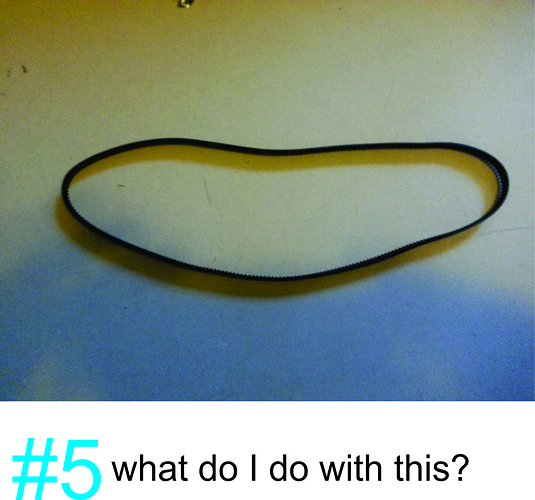 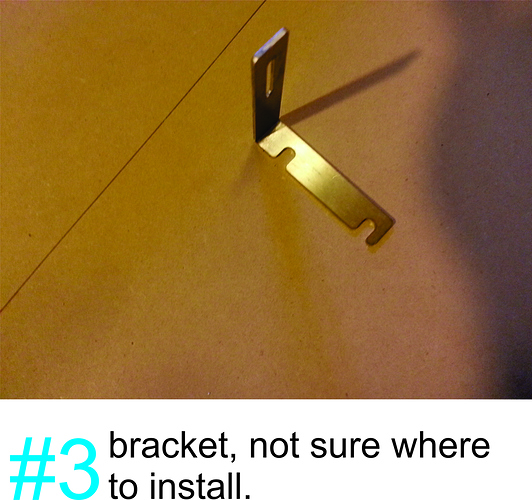 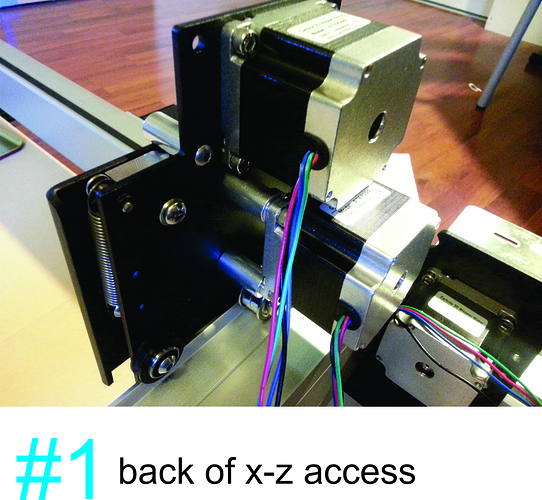 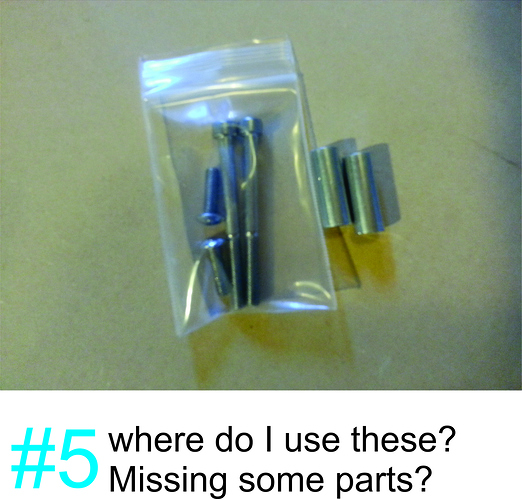 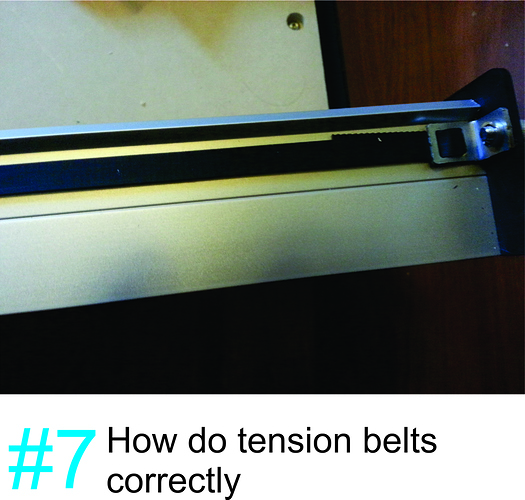 No update to the manual or any response from Carbide3d regarding the XXL assembly instruction issues and requests for help from multiple customers for 2 - weeks. I am trying to think of a reasonable explanation, but I can’t find one other than they just don’t care…

While it’s nice to get support from the community, there aren’t that many XXL machines — still waiting on my XL myself.

Please put in a ticket at support@carbide3d.com

For #2 — have you tried loosening the motor? Tilt it forward and that should allow you the room you need to work.

For #5 — I believe that part is shown in the photography in the post above: S03: Assembly Guide (XXL)

Thank you for the info William. I will try for #2, for #5 I don’t think I have enough parts to make it looking like the picture above.

The guide for tensioning the y belts is no longer correct… at least it’s not for the XXL, the servos don’t slide up and down if you look at the instructions step 1 you can see.

I’ll post some pictures later today of my build and explain some of the issues I had, Z belt tension being probably one of the more annoying ones… on mine they tensions the Z belts when they assembled everything… only problem is you have to take it apart to put the router mount on lol.

I think I was missing a screw for the Z plate that is used to tension the belt to push down on the bottom guide.

Other things to note: There was no front plate for the top of the Z/X axes assembly It’s not on the parts list and it’s also not in the assembly instruction so I assume it isn’t required but you do need the parts that are used to mount it in order to mount the cable chain L bracket on the back, you can see the standoffs in picture #5. I have to say it gives the front of the machine a unfinished look.

Wiring- It would have been nice to know you can unclick the top of the cable chain… threading those cables through the giant chain with the connectors was not fun… profanity ensued. OR maybe I should have sent the wires though before I attached the cable chain to the machine… oh well.

There are 4 cables for the servos … if you look at page 34 of the normal instructions http://carbide3d.com/files/so3manual.pdf you will see the little sticky pads I think that will help people that might be having issues with wiring. “why is this wire so short”

I also got an extra Z belt.

It was a PITA to get the X belt on as well I totally forgot… It would have been easier to thread through before sliding the x/z assemblage onto the rail. I could have just done that and taped them to the top so they weren’t in the way while I installed the unit.

You can tell I’m really busy at work today based on my giant post.

Updated Assembly guide uploaded to the top post. I think you will all find this one to be more complete.

Thanks for the patience.

No picture of you getting that belt through the back of the X/Z carriage I see.

Thank you for the updated manual and the drag chain detail and photos.

I had to splice a set of regular homing switches in order to put that XXL together. You can see some kapton tape in one of the photos.

@lxkhn - I’ve added a page detailing how to route the X-Axis belt. Let me know if that’s what you’re looking for.

The link in the top post is to our dropbox and should now always point to the latest version of the guide.

That’s exactly what I meant about the X axis belt. I think this clears up all my issues.

Just to follow up on the concern that the Y-Right stepper extension is too short. There’s no way you could have known this, because it wasn’t in the previous guide

12 links need to be removed from the Y-Axis drag chain.

I’ve made a note about this in the current assembly guide, so hopefully it doesn’t trip anyone else up.