Hi, I apologize that I probably missed this but does anyone know what the lengths of the four motor cables are supposed to be for the XL? I’m afraid I must be doing something wrong based on previous comments because my YR cable seems quite short. Thanks!

I measured and my YR is approximately 58", while my YL is about 48". I removed 12 links from my chain and my YR still looks quite short. Take a look at my pictures and let me know if any of you see what I might be doing wrong. Thanks! 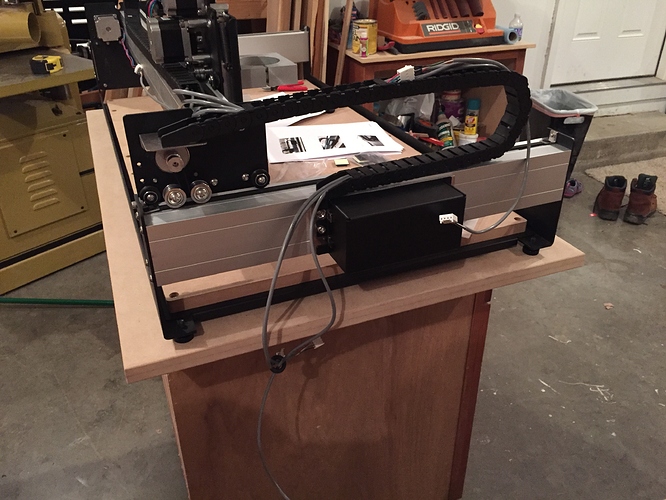 I measured and my YR is approximately 58", while my YL is about 48". I removed 12 links from my chain and my YR still looks quite short. Take a look at my pictures and let me know if any of you see what I might be doing wrong. Thanks!

You can take a bunch of lengths out of that cable chain which will give you extra cable length to play with. You only need enough cable chain to allow the machine to move to the position it is shown in the picture. Anything more is just overkill and causes the chain to run further than needed over the front of the Y axis rail when its at the other end of the Y travel. It looks like you could take at least 12 links out of the Y axis cable chain.

Thanks for the help, Tony! I ended up taking out 29 total links and it looks like it will work. I’ll end up needing to loop some of the longer cables somewhere so I’ll need to decide on the best spot to do that.

I have a XXL and a couple of the cables were way too long also. I mounted my control box outside of an enclosure that I made which allowed me to just tuck the extra cable between the Y rail and the enclosure wall.

One concern which I have here is that the cable lengths for the two Y-axis motors should be kept the same (coil the excess?)

AIUI, This is to keep the motor responses the same due to resistance not differing.

Ok, I’m very embarrassed to ask this, but how do I get this thing running? I’m trying to make the “Hello World” sheet, and when I connect to Carbide Motion, it doesn’t seem to let me do anything. I went to “Jog” to try to move things, and nothing happens. I did take off the control cover and noticed a small red light flashing on the circuit panel. Sorry for the rookie questions, but is there somewhere that has an easy step by step list of instructions? Thanks!

I do get an error when I get into Carbide Motion that says Machine Parameters are Invalid, so I’m sure I am doing something wrong, just don’t know what it is.

Make sure the power to the machine is on. Also check to make sure the USB cable is connected to both the controller and the computer.

Yep, found the switch…did not see that on the cord. Thanks for the help and sorry that you had to listen to an idiot on a Saturday night!

In the several months that I have been dealing with these folks I have seen absolutely no evidence to support this assertion.

No problem. We have all been through something where we go WTF. I am relatively new and going through many of those moments myself. It has been frustrating in some ways and very fun in others. Folks here will provide help if they know the answer and read the post. Don’t quit and you will persevere.

I am new to this too, and had a few frustrating days trying to put this thing together. The latest update was very helpful, but still leaves many unanswered questions. I managed to install everything today, and had a dry run. Everything seems to be in order. However, I still don’t know what are the X & Z Homing switches, and don’t know if I got them! I used all the parts sent to me, but don’t know about any limit switches. Compare my photo of the front of X access (top) with that of the latest assembly manual, they are a bit different. Why is that?
By the way, this machine is externally loud, I couldn’t take it after the first few minutes, I bought a pair of ear mufflers, helps a lot. 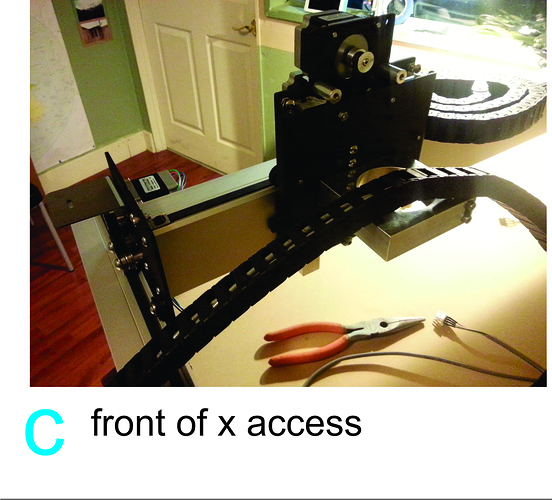 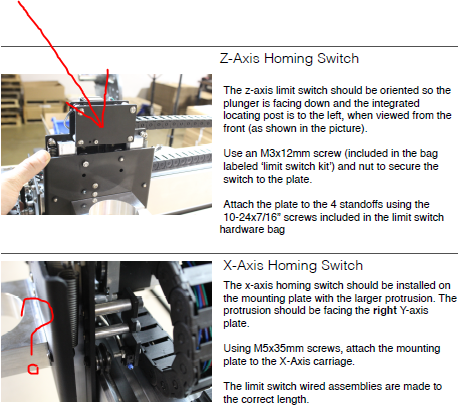 They are small rectangular electrical switches. They each have a cable coming off of them. You may not have received them yet. They are not necessaryto run your machine.

I definitely didn’t get them. Thanks.

If it’s any consolation, I have mine installed and find it easier to just not use them

I would ask for them, but wouldn’t install until I need to. Glad to report that my set up works fine. I had created a logo for myself a couple of years ago in Corel Draw. I did some adjustments today and save it as an SVG file. The file opened in Carbide Motion, saved the G-code and ran my second cut, worked just fine. 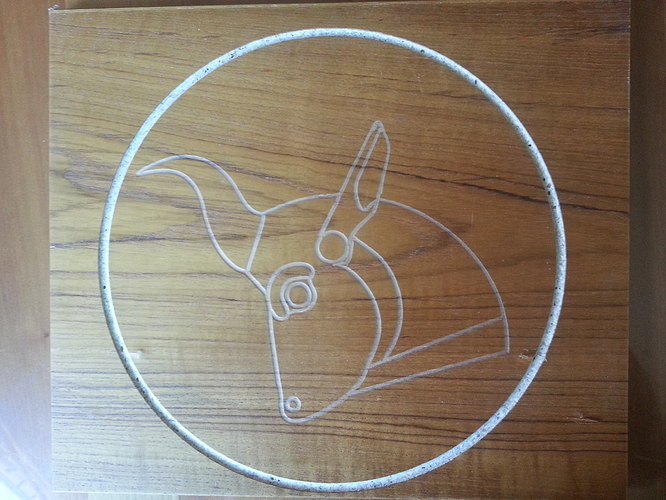 Nice work, Hamid! You have me excited enough to get to cutting something now!