So I had to update the GRBL on my machine, which I did. The machine began to home and it shot down right into the Wasteboard, the poor marker was just being crushed. Then I tried again and instead of down the tool head jammed up and was grinding against the top during the supposed homing cycle.

Is this a limit switch issue? Wiring? I spend so many hours putting it together carefully!

I entered /$23=1 for the homing I think…I clicked the button but not sure it DID anything.

Which Grbl did you update to using what settings? Suspect you have Nomad defaults — please see:

Follow these steps to reset your controller to the default settings

For the homing switch — check that the switches work — they should be able to be engaged mechanically by the machine and they should light up the appropriate light on the controller.

Could be a stepper plugged into the wrong port on the control board. Double check those. Have you done a “send config” from Carbide Motion to set the initial config for your machine? If you’ve updated GRBL to 1.1 you’ll need to be using a v4 version of CM and no manual entering of the $23 param should be required.

I am having this exact problem: https://www.youtube.com/watch?v=xQWD_Z8b7JM

Video comment says Z was reversed? Can you help me figure that out, much appreciated.

If that is indeed your problem, check out:
https://github.com/gnea/grbl/wiki/Grbl-v1.1-Configuration under the “$2 – Step port invert, mask” and “$23 - Homing dir invert, mask” sections.

There are several things which can reverse an axis:

Okay I missed a pin on my limit switch, up and down is now fine I think, however the machine was homing and when it got all the way to the right rail (Y2?) it started to grind again. All wiring looks to be exactly how it is on the guide.

In other words here: 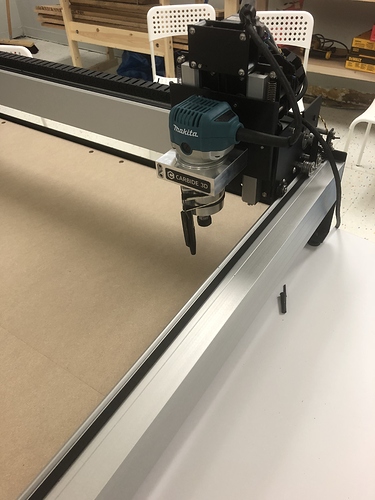 Diagnose by pressing each switch in turn and seeing if the light on the controller lights up, check that the system can mechanically hit the switches.

Edit:L I think it is the Z axis limit switch, anyone have a more clear picture on where to mount it? That is what is wrong I believe.

I believe the photos in:

NOTE: These instructions are for Standard Shapeoko machines ordered/shipped BEFORE June 2016. If you ordered a machine after June 2016, the limit switch installation guide is part of the standard instructions.Shapeoko 3 Assembly GuideShapeoko XL...

are pretty clear — might be that these would help: 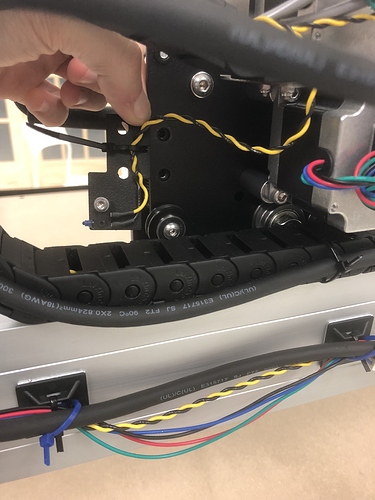 heres the limit switch, I THINK its supposed to be mounted this way, that way it contacts the endstop. However it doesn’t fit in this orientation. Perhaps I have mounted the entire plate thats its mounted to wrong?

I will go back and double check but I thought everything was A-ok.

Never mind, think I mounted it correctly now, now I will retest the homing!