Simulation of Toolpath is RED

Hey all, so I’ve finally got the hang of importing my own made greyscale heightmaps. But when I go to view the simulation instead of it being Aluminum/Pine/MDF, it just shows the model in Red, and when I pan around, parts disappear.

When I do just the rough toolpath, it shows the correct material. Is the red some kinda of warning? I know in the Model Tab, it shows as Red if the model goes above the material height. 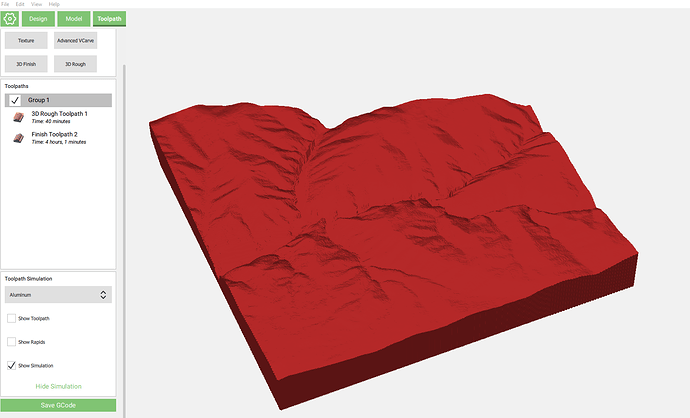 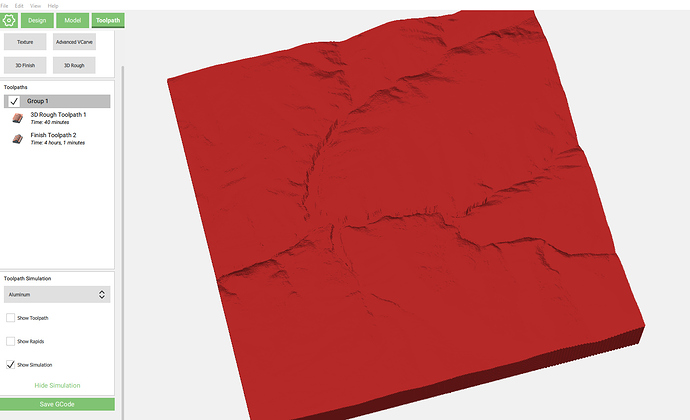 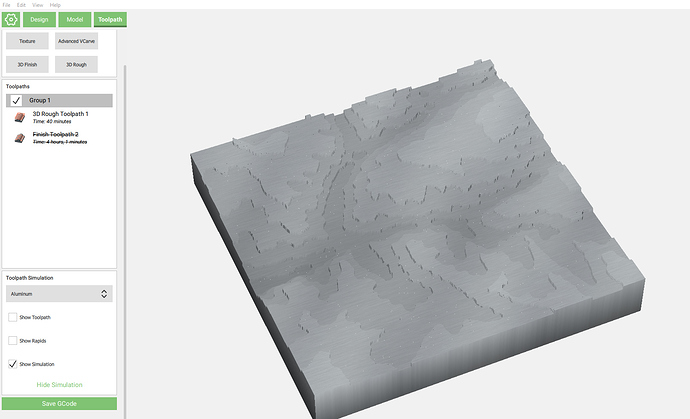 That’s caused by the modeling having extended up higher than your stock thickness.

Increase stock thickness, or reduce the thickness you add when modeling.

Weird, because in the model tab, there is no red to indicate it’s extending higher. 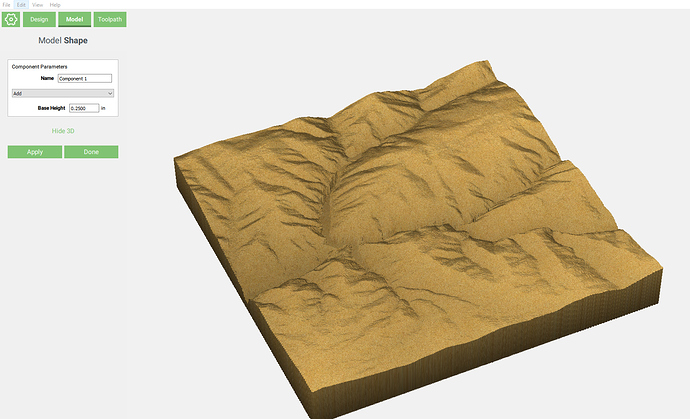 I think I’ve solved it. I deleted the 3d Rough and Finish passes and redid them. Apparently the finishing pass was moving the model above and to the right of where it should be. Some sort of bug that I wished I had taken a photo of to show you. But basically when I turned on Toolpaths visible, it showed where it the rough pass tool paths were below and to the left of where the red model was showing up… 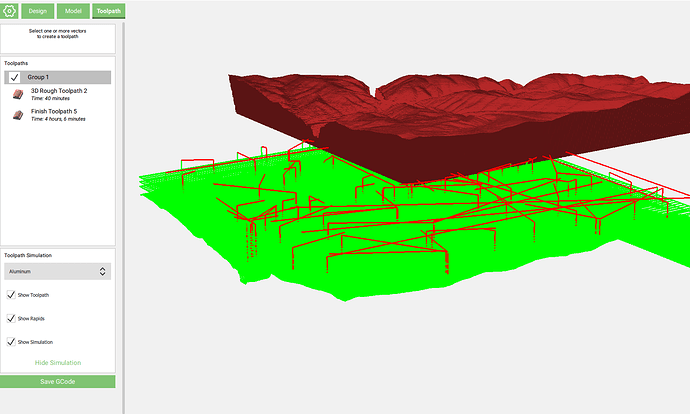