SO3: XL Arrived, Built, and tested! 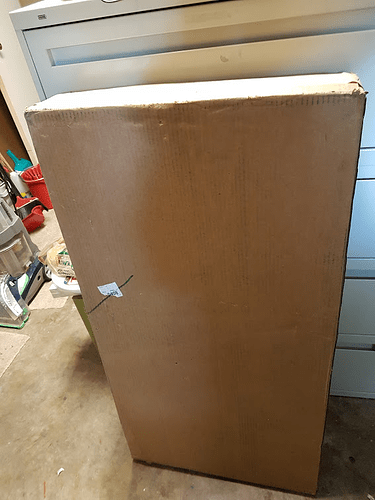 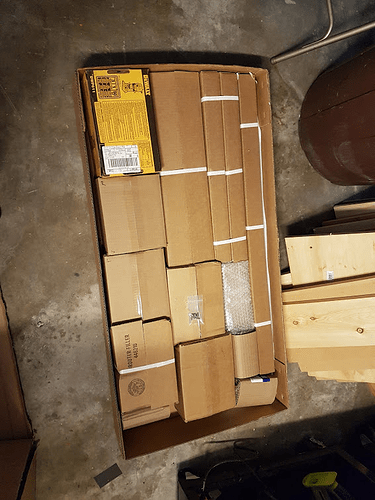 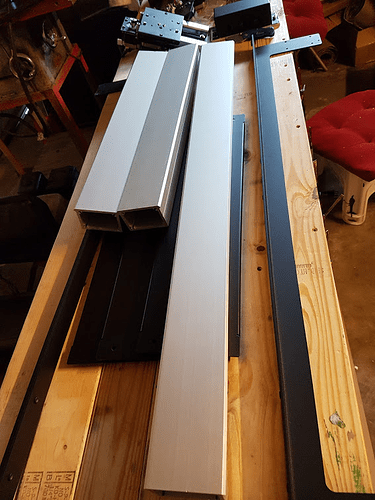 Opened boxes and laid on table 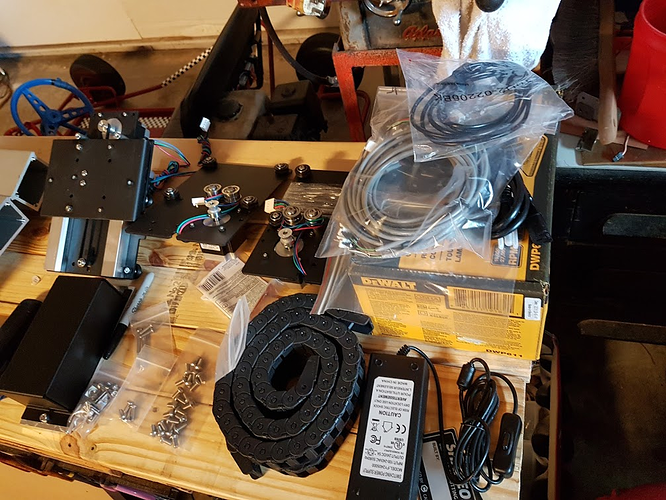 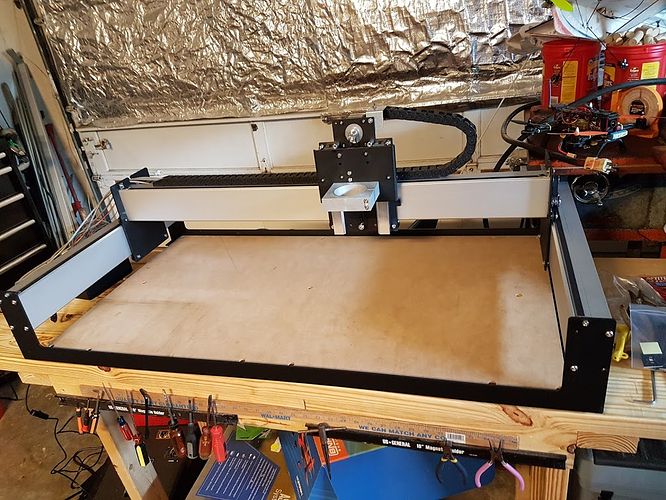 90 Degree bracket NOT included, I found one in the garage and slapped it on! 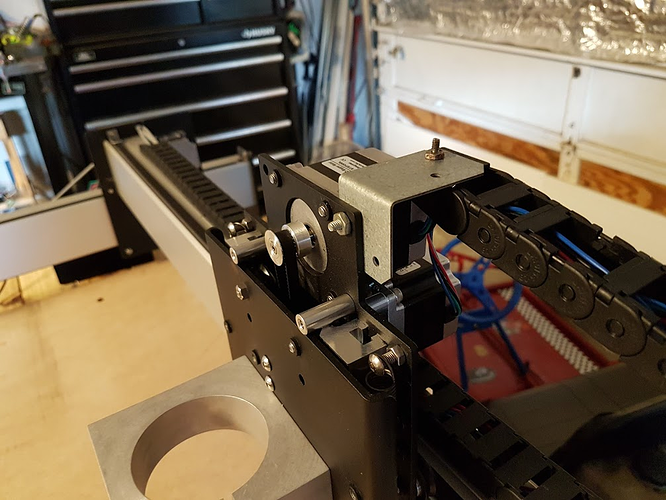 This is the wiring, I ended up having to swap the 2 Y axis plugs. FYI the one on the RIGHT side is Y2 the one on left is Y1 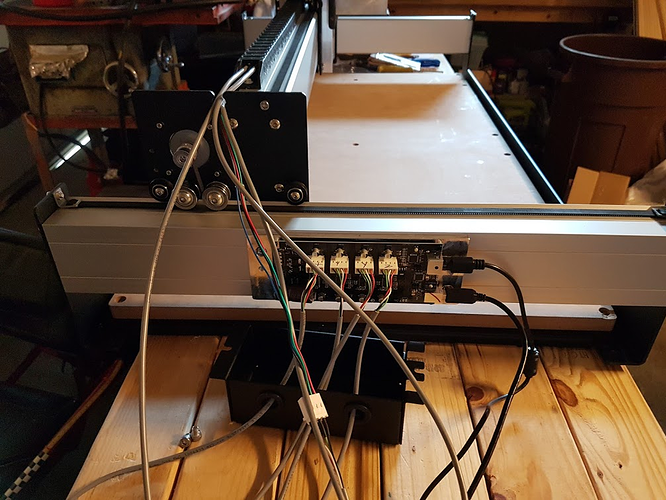 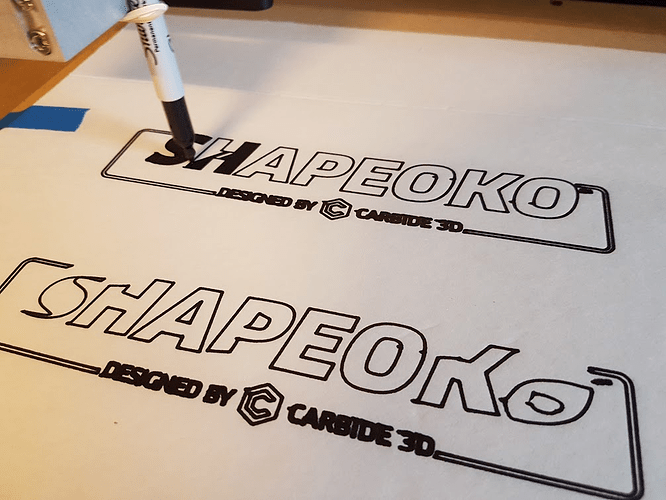 more testing with 60 degree bit about 1 mm into mdf 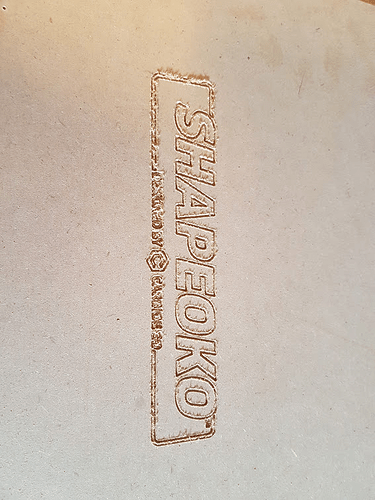 Missing from KIT: the 4 feet that screw into the base. No way to mount the drag chains properly. The limit switches are missing as well.

Hope this helps someone.
Thanks,

How long did it take you to get from box to hello world?

Regarding the missing components - see this thread

You answered all the questions I had yesterday while putting it together. This should be a big help for the next group.

Total time to build about 3 hours from un-boxing to hello world!. Taking pictures along the way. Since I had no solid directions for the build I went by pictures and guestimates. I have the original instructions but those are well out dated.
(The longer bolts go into the bottom. The shorter ones connect the extrusions.) The really long ones are for the 611 mount.

Had to tighten the Z belt as it was way loose on mine. I just finished squaring it up with 123 blocks and square. It’s pretty solid feeling at this point. I look forward to all the upgrades and new projects at this point. Soon an enclosure and then when the rest of the parts arrive I’ll add the new parts and level everything out. I’m working on T-Slots now and maybe one day vacuum table and a shoe to fit it for debris. Maybe a laser mount and finally if all goes well I may consider a coolant sprayer if I get into aluminum.

So far it seems pretty AWESOME for the price. I will take some measurements for accuracy soon.

Ok after playing around a bit here is the update. I build a laser mount for a 2.5W blue laser. It’s removable, it binds between the 611’s locking ring and the aluminum bracket. This was carved from aluminum on the SO3. 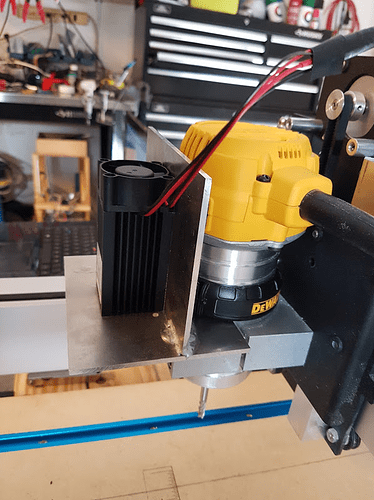 Following this, I burned a 30 inch ruler, which I tediously drew in CAD and then pulled into estlcam where I used the automatic toolpath and set everything to engrave. I then wrote a small post processor to change the Z depths from moving to M3 and M5 commands to turn on and off the laser. I know you can do some things like this in inkscape with plugins but I have had no success pulling in the .dxf file properly and to scale, so this was a fast solution.

Here is my ruler: 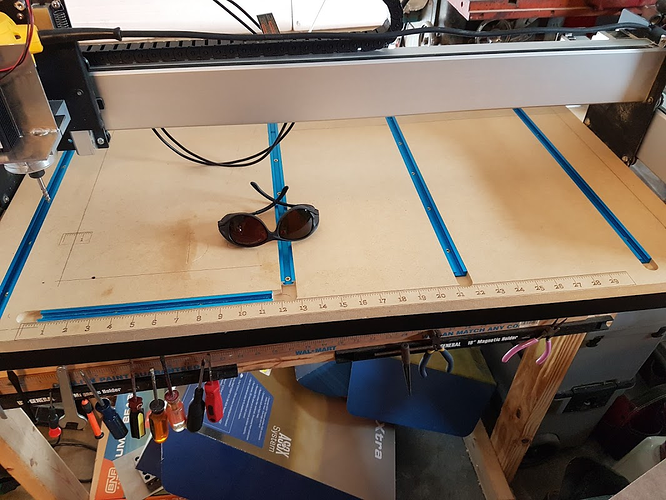 Without changing any settings on the machine, and carefully starting at the edge of the board I think it came out well!
I checked it with a standard measuring tape and from the first line (Not the edge) to the last line / edge it came out exactly 30 inches as I had anticipated it should, at least that is how I drew it in CAD.

If anyone is interested this is the “Laser” gcode. Just make sure you start all the way on the bottom left of your board. The ruler is 1 inch thick. Also this is for 2 to 2.5 watt laser, you can do a find and replace on the F in the gcode and change it to faster or slower depending on how fast your laser burns. The TOTAL time taken to burn this 30 inch rules was 11 minutes, 16 seconds!

Can we get an option in Carbide Motion for LASER where there will be no spin up / spin down delays? That would be AWESOME guys.

Anyways thought I would share my experience so far, still awaiting the feet, and homing switches and the mounts for the wire chain.

Nice! Where’d you get your laser?

Bought this one on ebay a while back, actually used it on another machine. I think it was about 120 dollars. It is a 2.5Watt laser Diode with TTL driver. It has 2 fans on on the laser the other on the driver and is supposed to allow continuous operation. 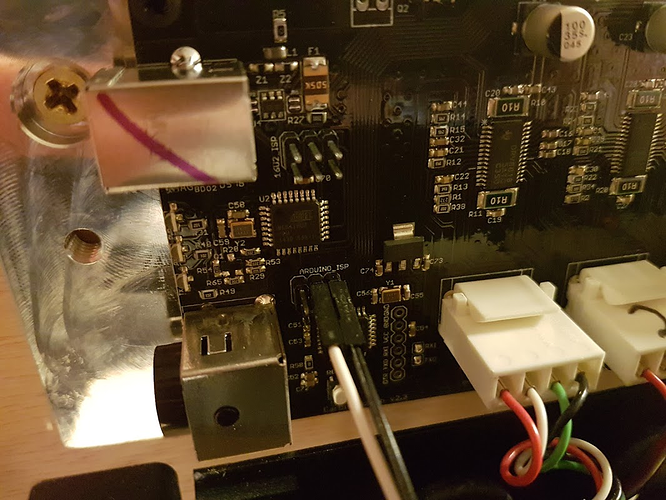 The black wire is the GROUND
The White one is the TTL input for the laser.
Hope this helps someone.