Hi Everyone,
I was messing around with this fun program called Tailmaker, and I’m wondering if the g-code it makes will work with CM, and my Nomad, or if I need to process it further somehow.

Can some g-code fluent person please take a look at this file, and let me know if it can be used? I sort of think I might need to use a text editor and some REGEX fun to clean it up, but I’m not sure.

Seems straight-forward enough — I can’t recall these apps not working w/ Grbl — but not finding any instances of usage. which is odd, since l could’ve sworn it had been used for projects

Well, there’s this thread, which is where I heard about it:

But I kinda wonder if I need to add a header or something to the file so CM knows what to do. I think maybe I need to understand post-processing a bit better, since currently I understand nothing about it. Will report back if I learn things.

The G-code in question does have a rudimentary header — G90 (absolute mode) and G20/21 (forget which) to set the measurement system.

Wow, lots of comments in that file.

The two things I would try would be removing all the comments, and removing the ine numbers (N## ).
It otherwise looks like fine gcode to me

Ok, so I took that g-code, removed the header that was in there, and cut and pasted one from a file made by Carbide Create. I did the same with the footer. I also processed it with regex in a text editor to clean out the comments on each line. It worked perfectly.

Did a test on a piece of Foamular I had lying around. Results are extremely promising.

I surfaced the foam on one side to get it to the correct thickness. Here’s the inside of the joint it made, note that the foam here looks nice because this is the side I surfaced. 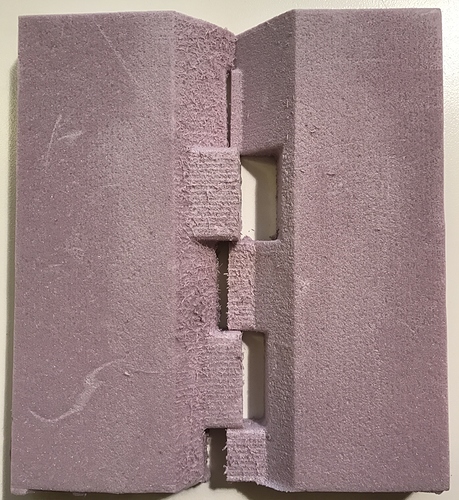 It’s reasonably square, for a joint made of dinged up foam from my drawer: 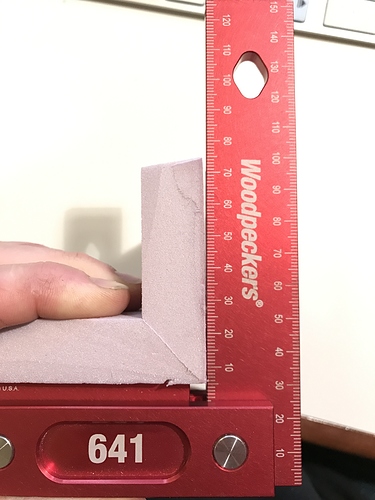 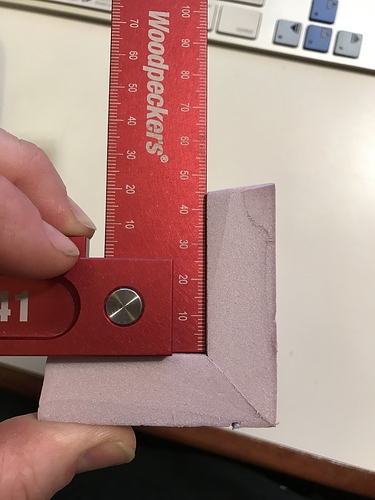 Here’s a couple outside shots, as you can see I did not surface this side, and it looks bad. But note that the fingers all align nicely, and it’s a nice looking joint. It feels snug - well, as snug as foam can feel, anyway. In general a very successful test! 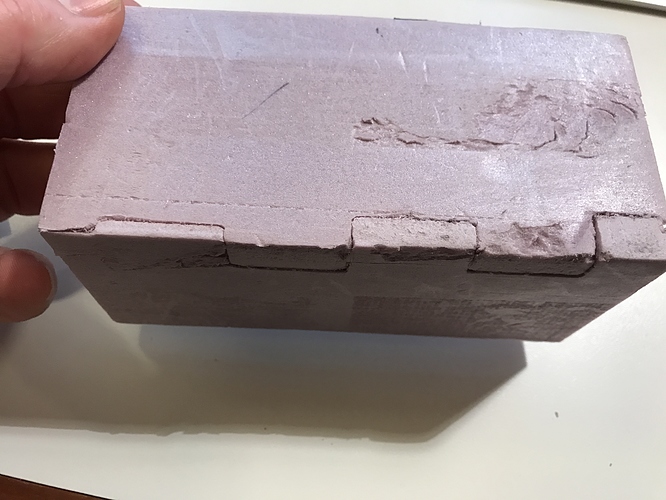 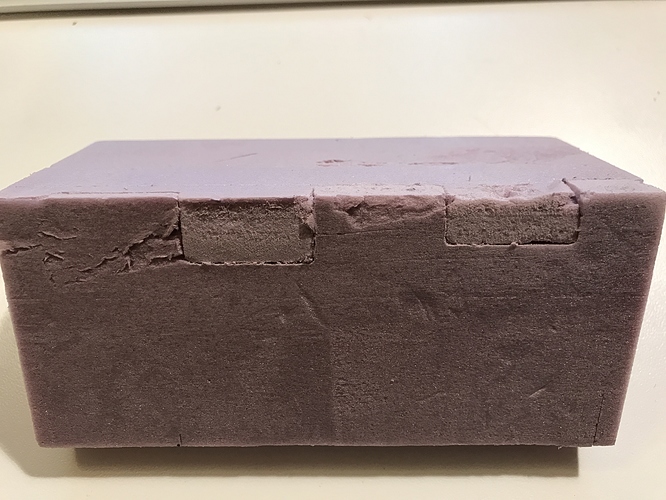 Was it actually necessary to do those edits? Would the file not send through Carbide Motion unchanged?

If that’s the case, please send it to support@carbide3d.com so that they can add it to their test suite and update CM so as to handle such.

Very, very cool that you got the results you did (I should test more, as an old printer once told me, “You’re a dummy if you don’t make a dummy.”) Currently working on a technique to make similar joints using CM, though mine will likely need some post-processing and hand-editing and likely some file work.