First time to use the latest download of CM, and something weird happened.

Cutting along just fine, so I was doubly occupied. Then I noticed the router moving to my XY zero point and stop. Only thing is I wasn’t expecting the toolpath to be finished so quickly, because the last “Time Remaining” that I saw was 10 minutes. 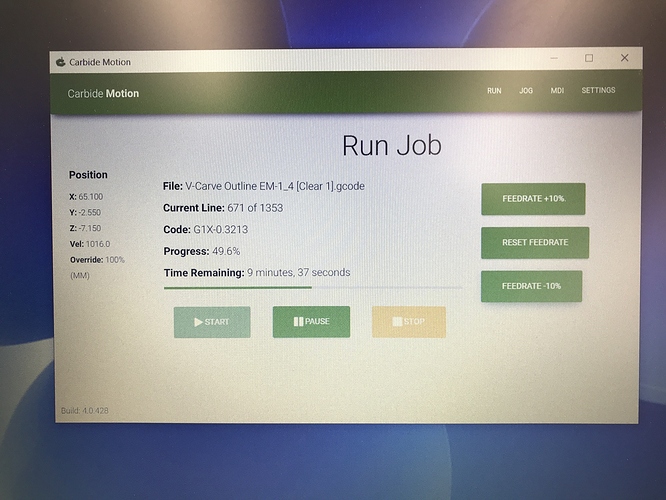 In looking at the cut part, it looked like it had finished the clearing cut it was making and the router just stood there at attention. 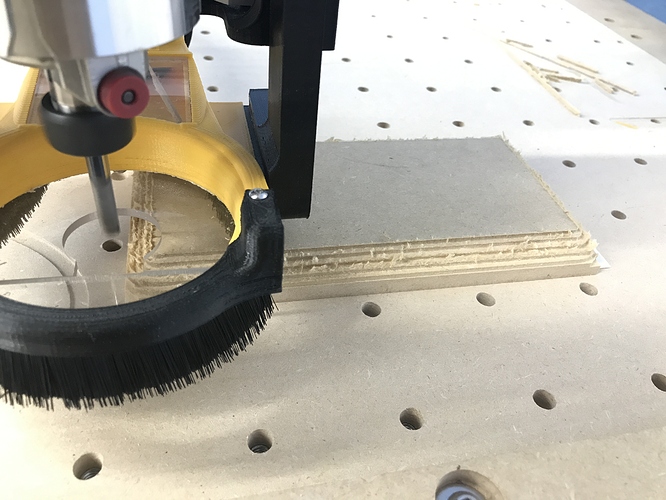 I ran the gcode through NCViewer, and it looked like the real part. I also ran the next toolpath which was the finishing cut and all was fine.

Its almost as if the job was finished, but CM was only showing it halfway finished. I’ve seen that here on another post.

I ran one the other day that was pretty detailed and showed almost 2 hours. It ran the last hour in about 2 minutes. And didn’t take but an hour. Timer is wrong

Actually, the timer isn’t the problem.

Have you tried to restart the job from line 671?

I just continued the job with the next toolpath, because it is a one-off job and is now finished.

But you did make me think that I should (and will) have used the viewer on the first 671 lines only to see where that ends up. More later …

Edit: So, editing out the lines of gcode from 672 to the end leaves a file that NC Viewer shows is the middle of the cut.

I guess the display on CM just gave out half way through. Wish I had time to try and duplicate the problem that occurred.