The cause of my extended hiatus: Shapeoko3 Manual is now done!

One last post for tonight, the reveal on what I’ve been working on while away from the forum for the last three months: 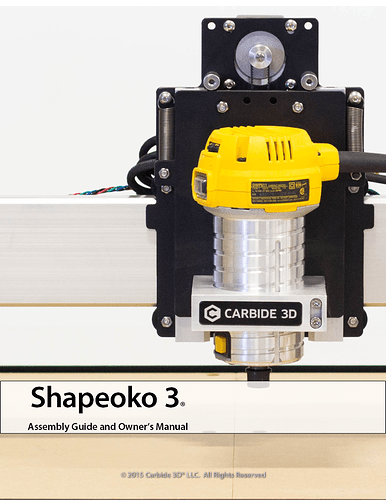 (Well, I should say the big project other than a bunch of other client work, and renovating my garage, which is another story)

Carbide3D contracted with me to write and illustrate the Shapeoko3 assembly manual, based on some other graphic work of mine that they had seen previously—so I was very appreciative of the opportunity to do it. While it took considerably longer than they (and I) would have liked to produce, I wanted to make sure it was top-notch and that I also produced it within the constraints of the agreement I had with them, while also respecting my other clients too. 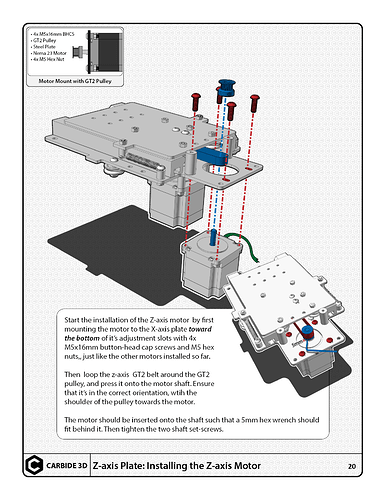 For you fellow Nomad owners, be glad you don’t have to assemble anything

but for you So3 folks who are awaiting your pre-order or visitors who are sitting on the fence about it, check out the manual and look forward to how straightforward the process is—Edward really did a good job with the machine design, making sure that he “trimmed the fat” on the assembly process so it’d be a straightforward endeavor you can complete in a Saturday. I hope I’ve managed to do that justice with the manual!

Some comments from a printer:

(If I sound strident in this, it’s ’cause I’ve pointed out a lot of this previously, and Edward hasn’t explained why my criticism isn’t valid — also a lot of these were pointed out in the Shapeoko Forum thread: http://www.shapeoko.com/forum/viewtopic.php?f=37&t=5975 )

Anyway, I just took a quick glance through it, and wanted to post this while I had the chance.

That’s all good critical feedback on the fine-tuning and details, and many of those adjustments absolutely make sense to make. Considering this was the first technical manual of this scope that I’ve done, and typically my non-standard printing experience is more in line with plotting large format documents (architecture & design school) rather than regular press stuff, I’m appreciative for new knowledge outside my scope. I will take those observations into account for revision work, and remember some of your concerns regarding document setup/prep for in the future!

Mind if I bug you for some further feedback on other projects since you’ve clearly got some experience in this area?

If I didn’t like it, I wouldn’t bother to try to help make it better.

Yes, I’d be glad to help w/ other projects — drop me a line at willadams@aol.com