I love my carbide3d probe but I had a few niggles with it.

First was tangled cords of the probe and the ground cable.

Second was not being able to unplug the probe from the controller.

So today I made some changes. First was to install a 4 pin aviation plug and socket into the the housing of the shapeoko controller.

So far I’m super happy with it. The single wire to the probe is way better and the ability to remove the probe cable from the controller makes cleanup time with the vacuum a little bit easier.

Have been thinking along the same paths. USB cable is a great idea. So many lying around unused. I used a connector I found in McMaster-Carr to attach it to my Nomad. Cable management is a big issue with me. I’ve always wondered why they decided to keep two cables. 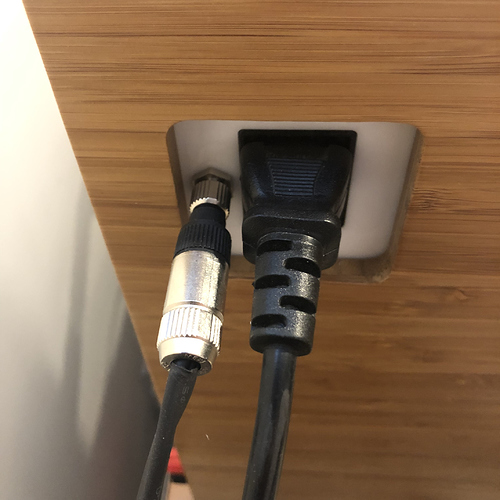 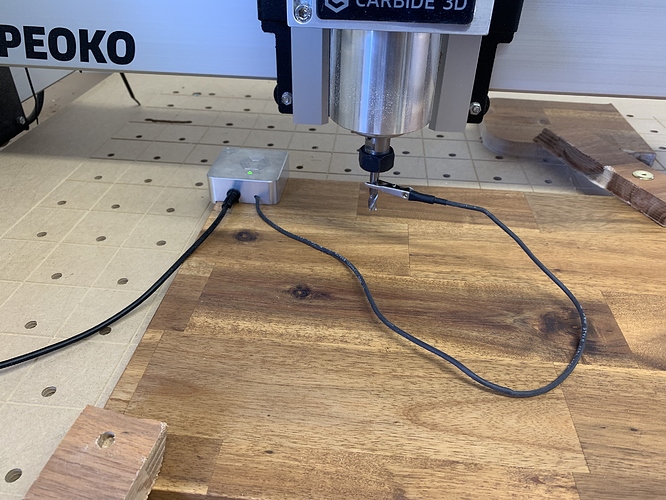 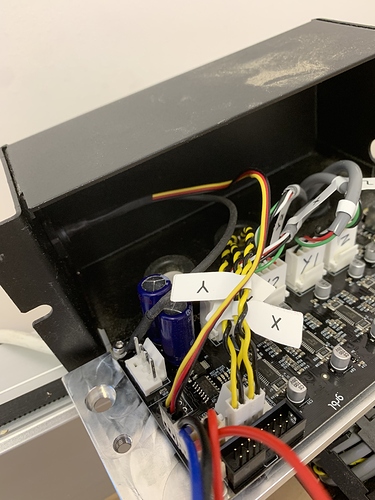 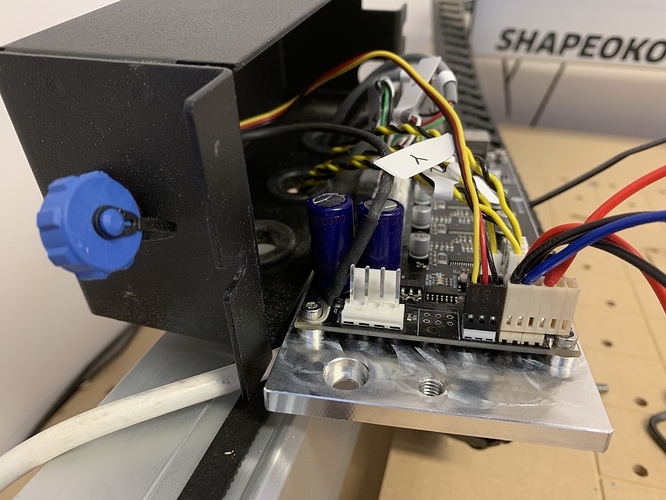 This is the type of little modification that could easily be implemented in the Shapeoko to improve the platform. The probe should not be permanently tethered to the controller, it is an accessory and the CNC can operate without.