I found this image online and would like us it. It’s made for a t-shirt and I would like to cut it. How would I mask the gun or cut it later? 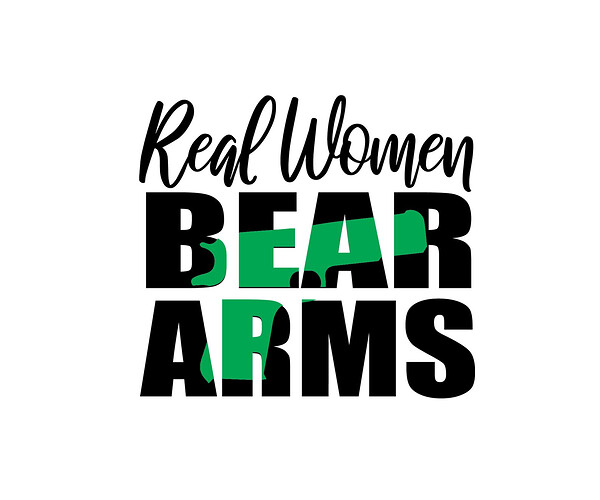 You would need to draw/trace this twice — once to get everything as only an outline, once to get both colours — using a pixel editor would probably be the easiest way, alternately, trace image: 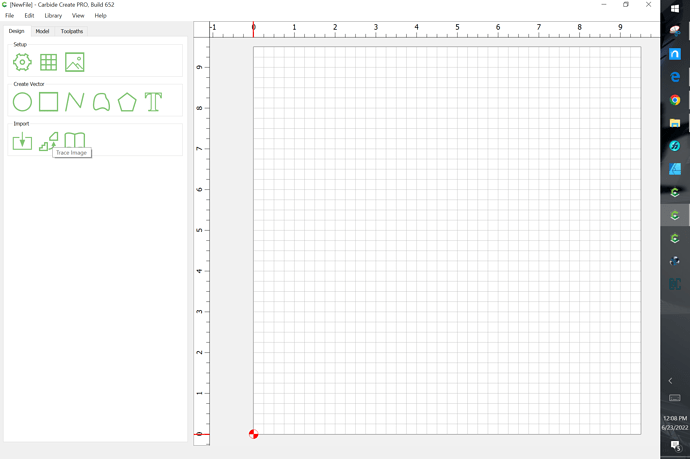 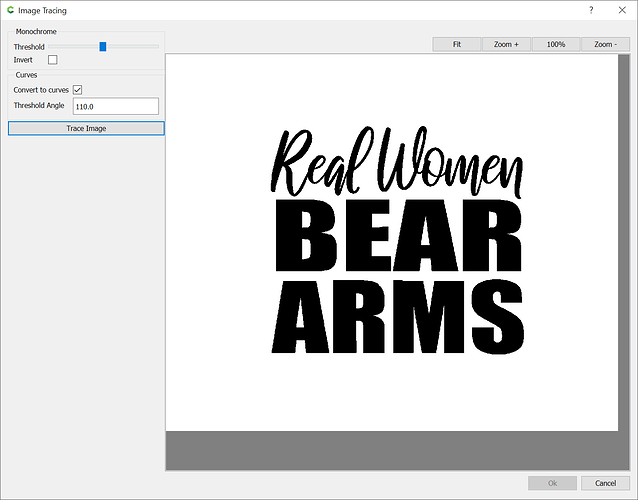 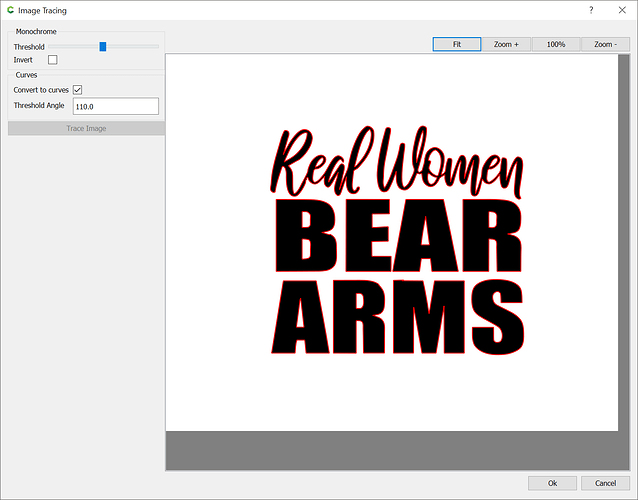 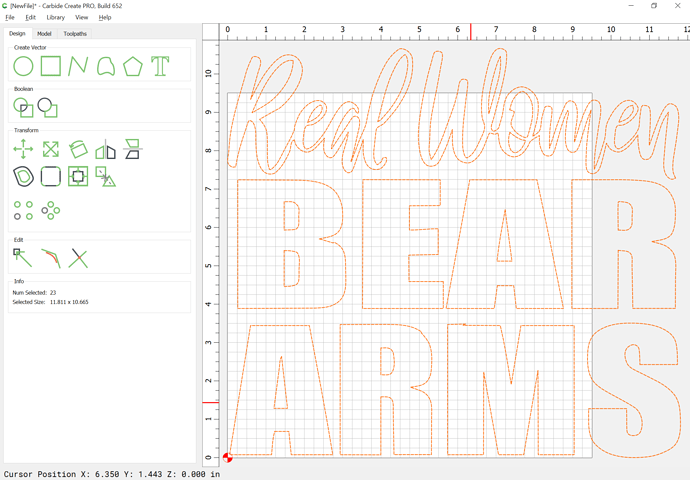 Put that on a layer, then repeat w/ an adjusted threshold: 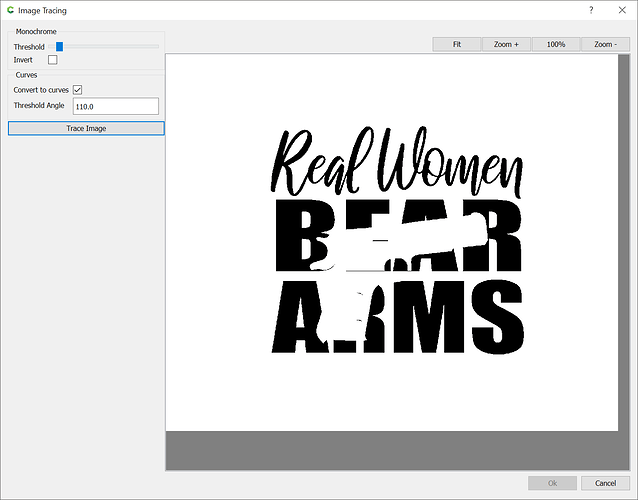 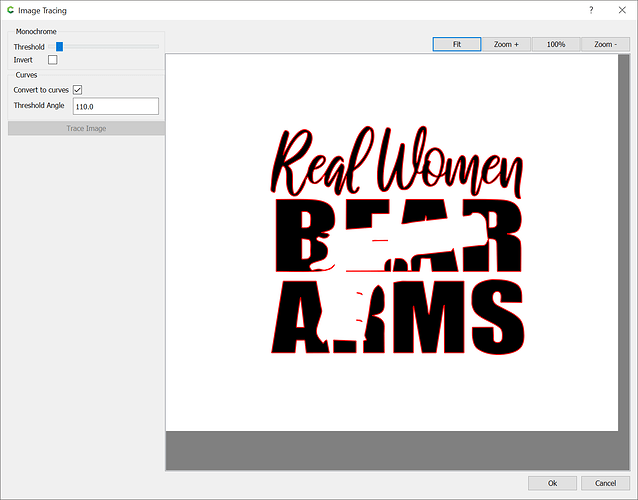 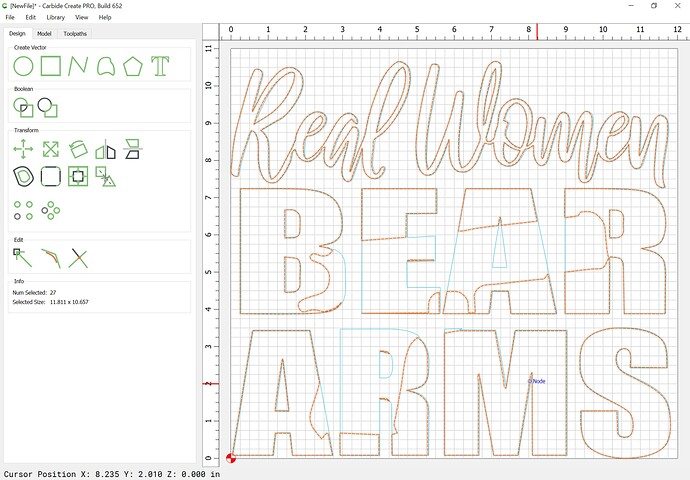 Then edit things to swap the figure/ground reversal around.

Here you go.
An SVG file you can import into CC

Just right click and save image then import into CC 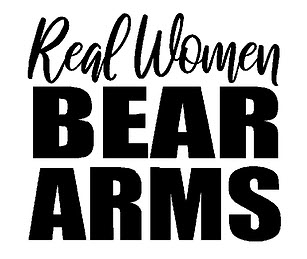 Once one has things on separate layers: 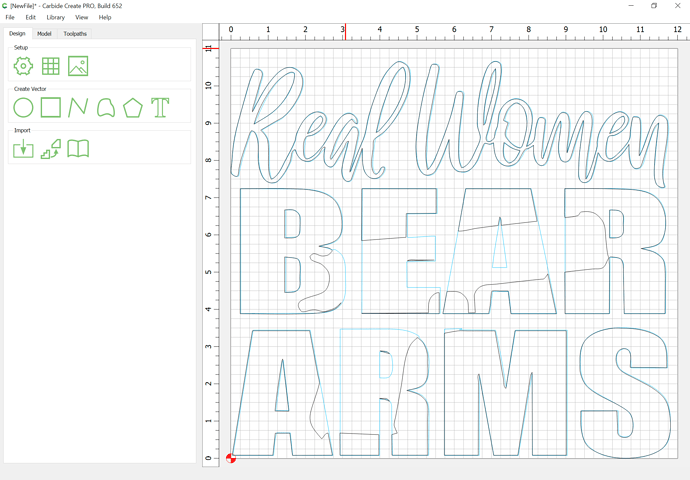 It’s simply a matter of editing each letter which has a section of the element from the top layer: 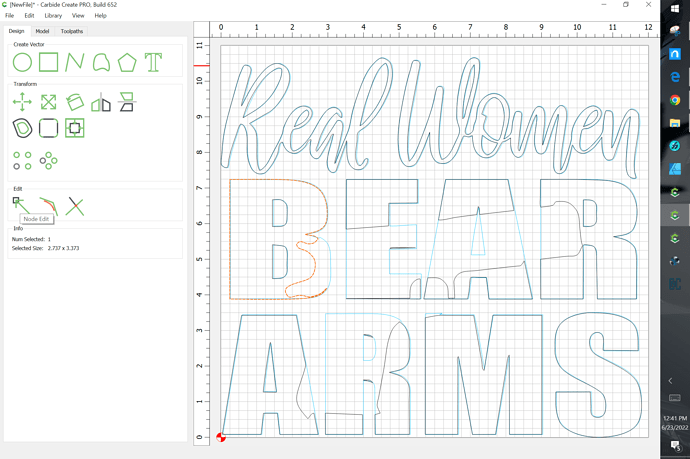 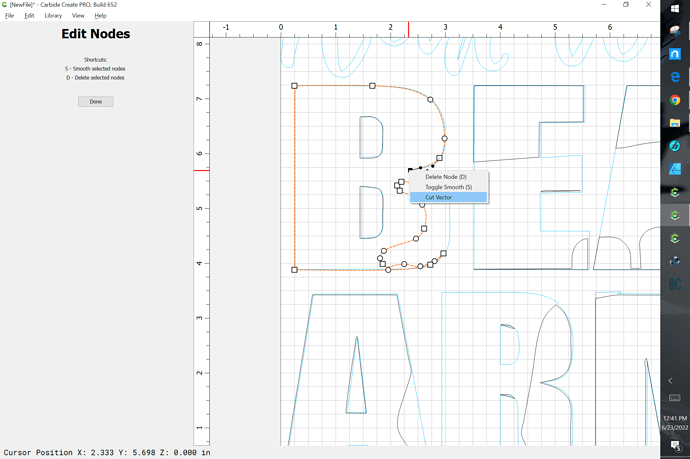 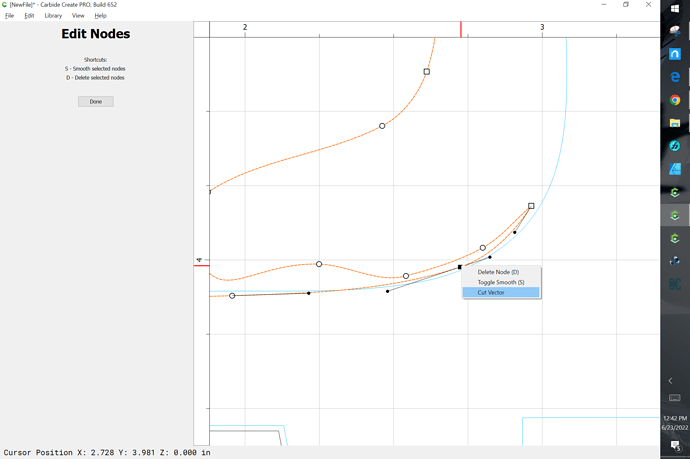 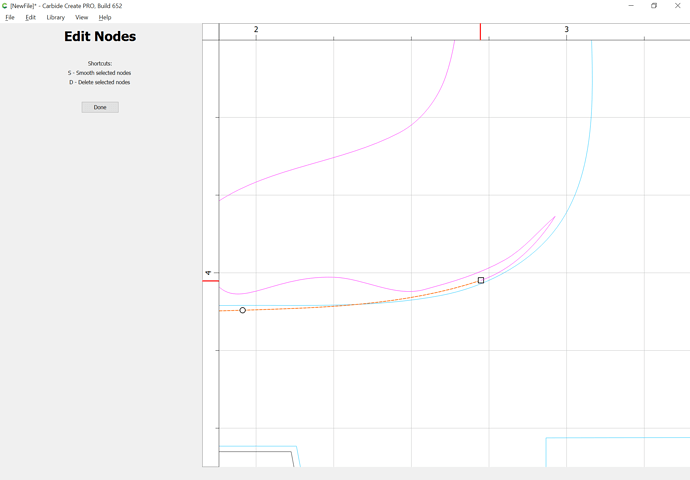 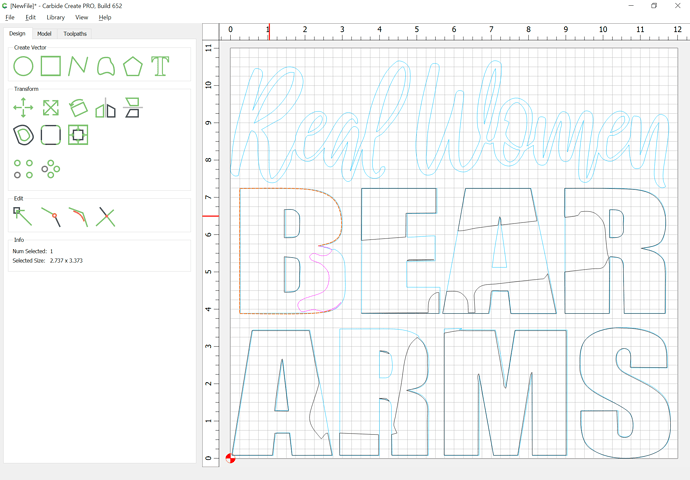 Delete the unneeded parts of the letter: 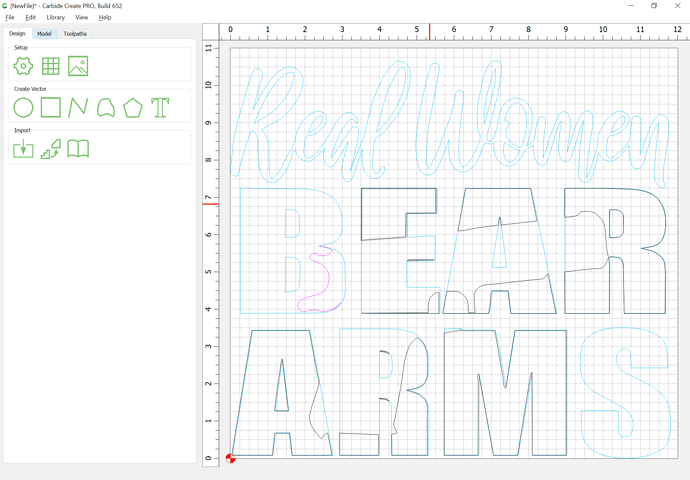 and repeat for the other elements: 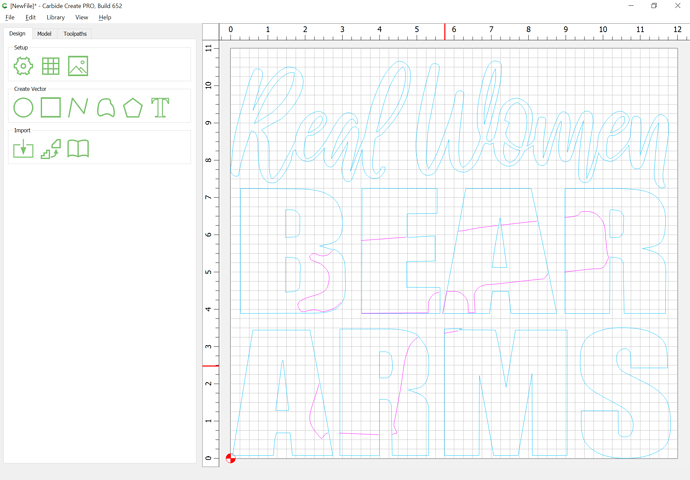 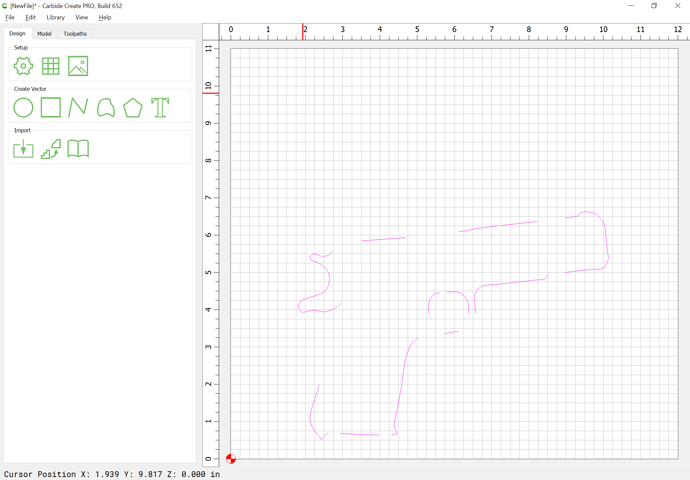 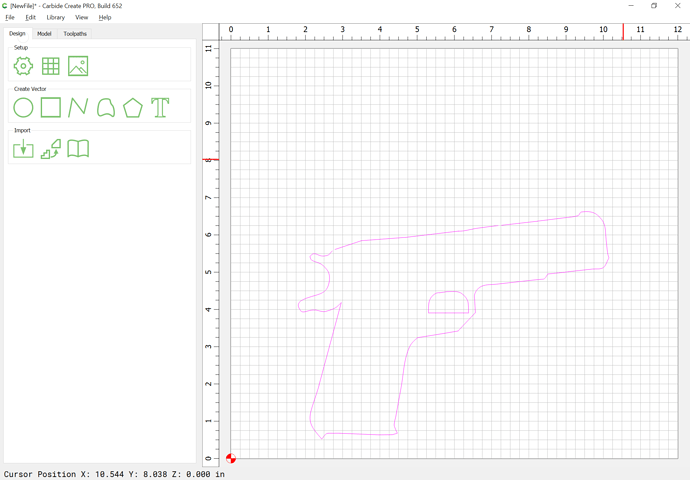 and then using the Join Vectors command to close things up: 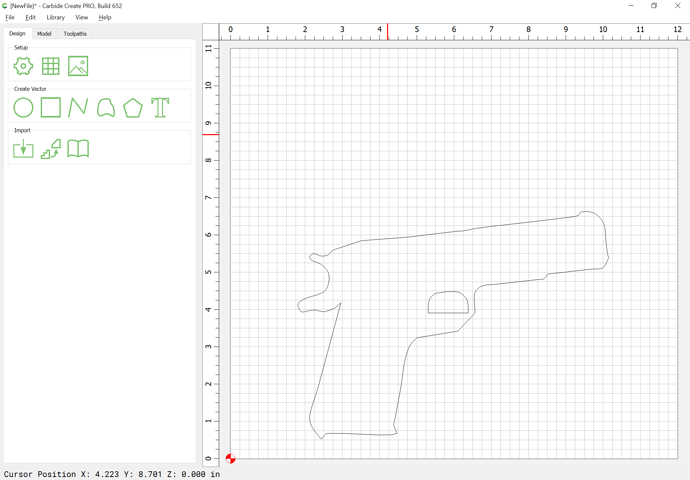 Then edit and clean up as necessary: 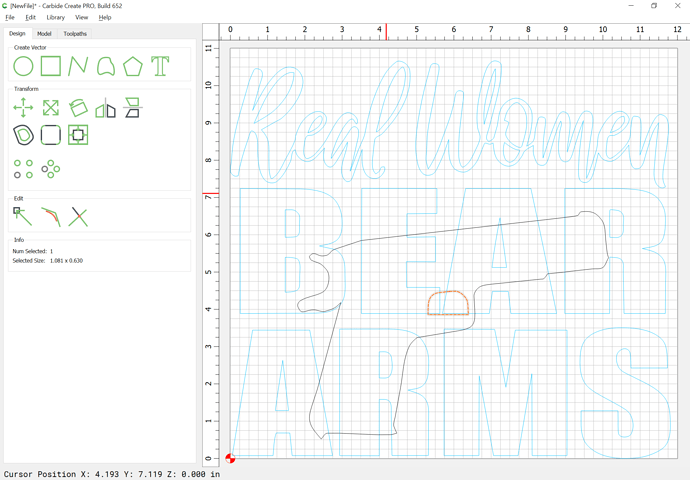 Then duplicate the geometry as necessary to either use the Trim Vectors and Join Vectors tools or the Boolean Intersection command to limit the geometry for the top layer as desired: 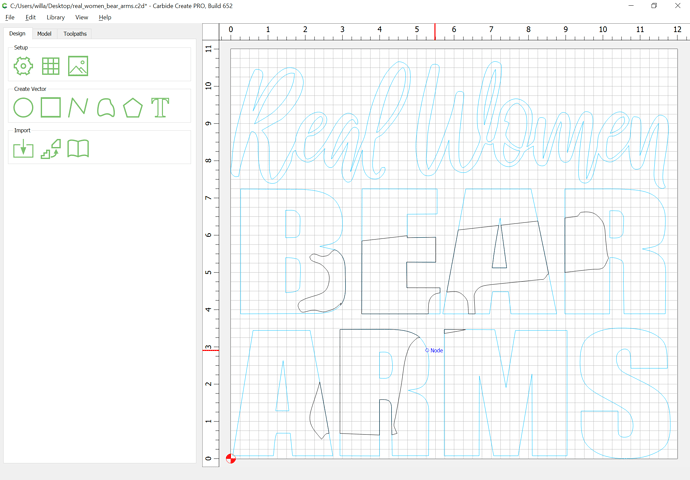 I originally parsed this as “real women have bear arms”… which would be pretty terrific.

I think in America it is important to keep and arm bears.

Will - was this file supposed to be ready to go? The pistol doesn’t show. Or do I need to follow your directions above still?

No, it was just a proof of concept and some basic instructions on getting started — it’s up to you to finish it.

I’m removing the post on politics — please limit discussion to machines and their software and usage.