I carved the word “Pipeline” into a piece of wood using a 60 degree V bit, no problem. Went to carve the next word on another piece, using what I thought was the same settings and basically I’m getting the bit scratching along.

I’ve got it set to v-carve, depth per pass .25 and it hardly scratches the surface. (see image below). I played around with the Shapeoko machine for awhile thinking it might have something to do with that (homing or something) but no luck. It seems like it’s something with the software that I’m doing wrong because even when I click “show simulation” it shows either no engraving or it shows only some of the letters engraving. For the toolpath I’ve got a .25 in-vee bit selected. I mess around selecting other bits and for some bits the engraving simulation shows up a bit better but still not right. 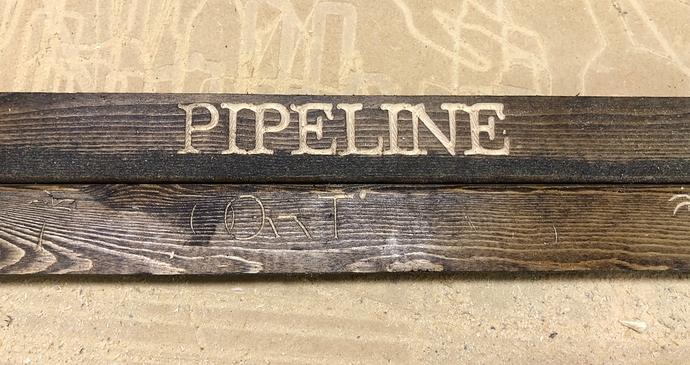 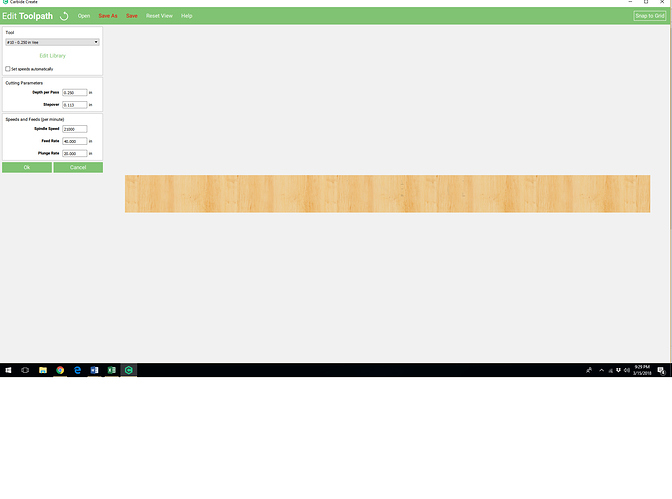 If the file settings and the machine setup are the same (please double-check them), then the problem is likely mechanical. Check:

The other issue is getting a good Z-zero on an irregular surface — one thing to do is to run the file incrementally — if it doesn’t cut deeply enough, re-zero a little bit lower and then re-run, repeating this until the desired appearance is achieved.

The other option would be to use a touch probe and an auto-levelling program to map the surface and then apply that to the G-Code file as it’s sent — bCNC and some other apps do that.

Are the letters on the 2nd sign a very thin lined font?

Will, thanks. I guess what makes me think it’s something with the software is that if you look at the carbide 3D image below you will see my settings for the bit/cut (on the upper left) but the simulation image to the right of it shows no cut whatsoever, even though I’ve programmed a toolpath to cut letters into it. 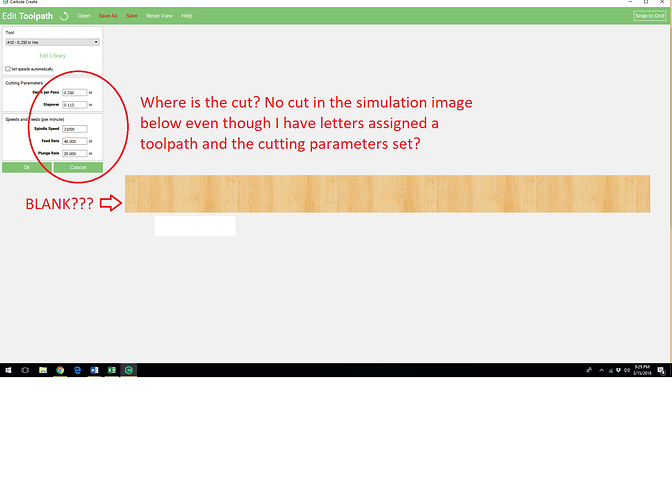 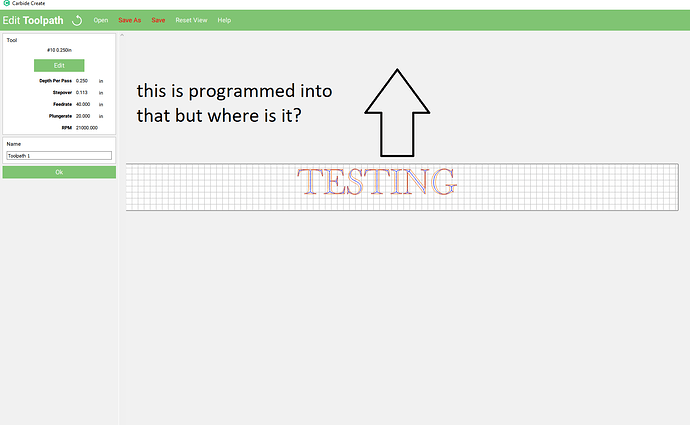 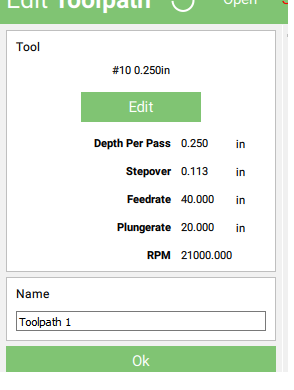 If that’s the font I suspect you have the angle of the bit in incorrectly. The angle is per-side so a bit commonly labeled 60 degrees would be 30 in the tool library. I think that’s why you aren’t getting crisp corners.

I’m afraid our software doesn’t always get the preview correct — there’s an optimization step where small features are discarded and sometimes that happens where it ought not — please send the file in to support@carbide3d.com and we’ll see if we can have a developer look at it.

Very good. Thank you. I will send it in right away. -Aaron

that could be but that still wouldn’t explain why PIPELINE came out fine and the next cut did not. Same settings, same bit, same font, etc. Very strange. Thank you for the tip on the corners however.

Is the wood the same thickness. Did you rezero the z to the top of the wood before the 2nd one.

Low/high quality preview is a common feature and would seem right at home on the preview screen.

Yes, I re-zeroed the starting point. It’s the same thickness. It’s actually the same piece of wood cut in half. -Aaron