So I’ve been playing with a police badge carving and I wanted to get a little more detail for the center point. I recently did a badge with a 60 degree V bit and had a fairly good result, but the center area was a bit too shallow since the 60 degree was slightly too large. I recently added a 30 degree (1/4" shaft) and the image quality has seem to get worse than better. I thought the small lines would be much more crisp. I had to add the bit since it was not in the library. The preview looks great, but the actual carve has tons of small circles and just lacks quality lines. I’ve played with the depth a bit and also zeroed the bit right on top of where it would be carved. 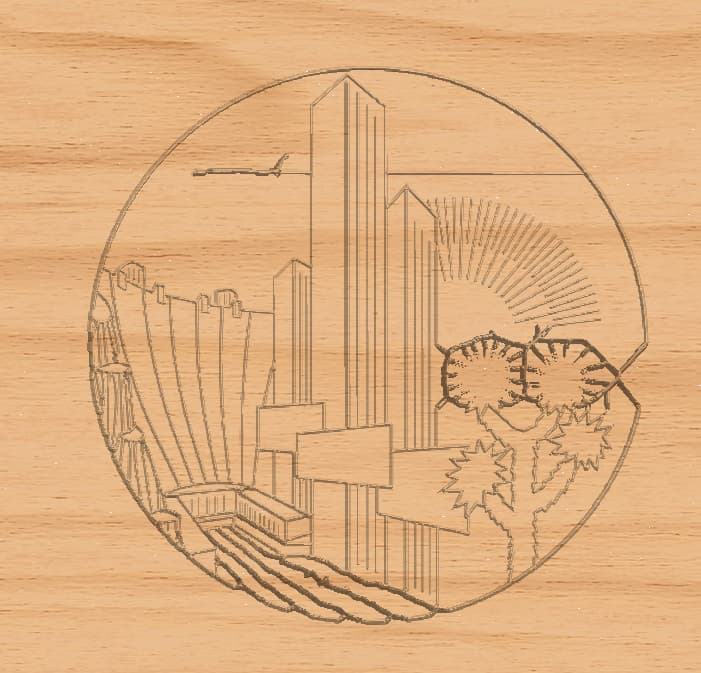 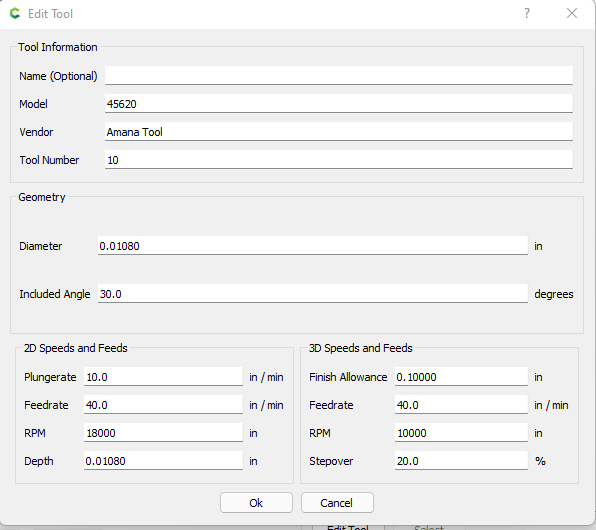 I’m using the Amana 45620. I’ve played with the speeds and feeds, but that didn’t help much. 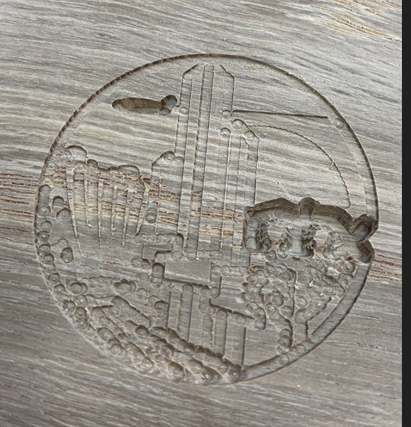 That looks like a problem with the bit. I would pull the collet out of the spindle, and make sure everything is clean. Second, I would inspect the bit when you put it back in, spin up the router, and see what the tip of the bit looks like.

With your router off grab the spindle and see if it wiggles. If it wiggles the bearings may be bad. If the spindle wiggles the little circles appear because the bit is making an oblong movement during direction changes the problem is amplified.

I had a similar problem and all it was is a dirty collet. Took it out and blew it off, tapped on the side or the router to get dust out and put it all back together and it was fine.
I hope this is all your issue is as well.

I’ll give these things a try in the morning and see how it goes. I did pull the bit off and inspect everything but I’ll give it a good cleaning and see if that helps dial it in

Sadly I’m not seeing an improvement even with bit size update. Here’s the latest carve. 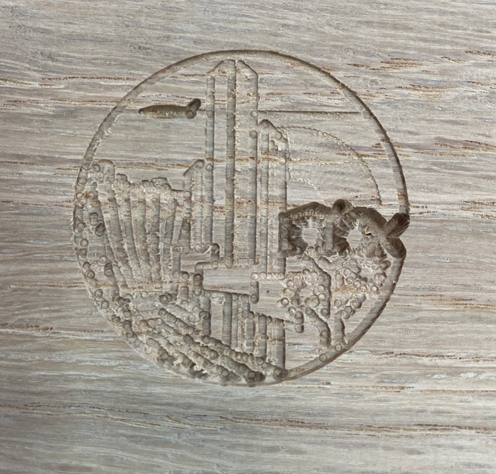 The tip of your bit does not appear to be centered on the axis of the router.

If it’s that far off, you should be able to see the tip wobbling around as you turn the spindle by hand. If you see that for this bit, and not any others, then it’s likely the bit.

If you don’t see any wobble when turning by hand, then I think that would point to the router, and it’s got something wrong with it that is only visible at high RPMs.

Before you start changing bits grab hold of router shaft and see if it moves around. I bought a used xl with c3d router that was made in 2019. The machine was barely used but the c3d router had bad bearings.

It is possible the router collet is dirty or out of round. I doubt the bit is the problem.

So the bit seems to be good. I was able to conclude that with the blank ¼” rod and precision collet inserted that there was 0.012” run out based on a dial indicator. Run out was identical with the Amana bit. The difference between the precision collect and standard was negligible. Is this normal for the CC router? Run out could explain the variation. I e-mailed them to see what they say.